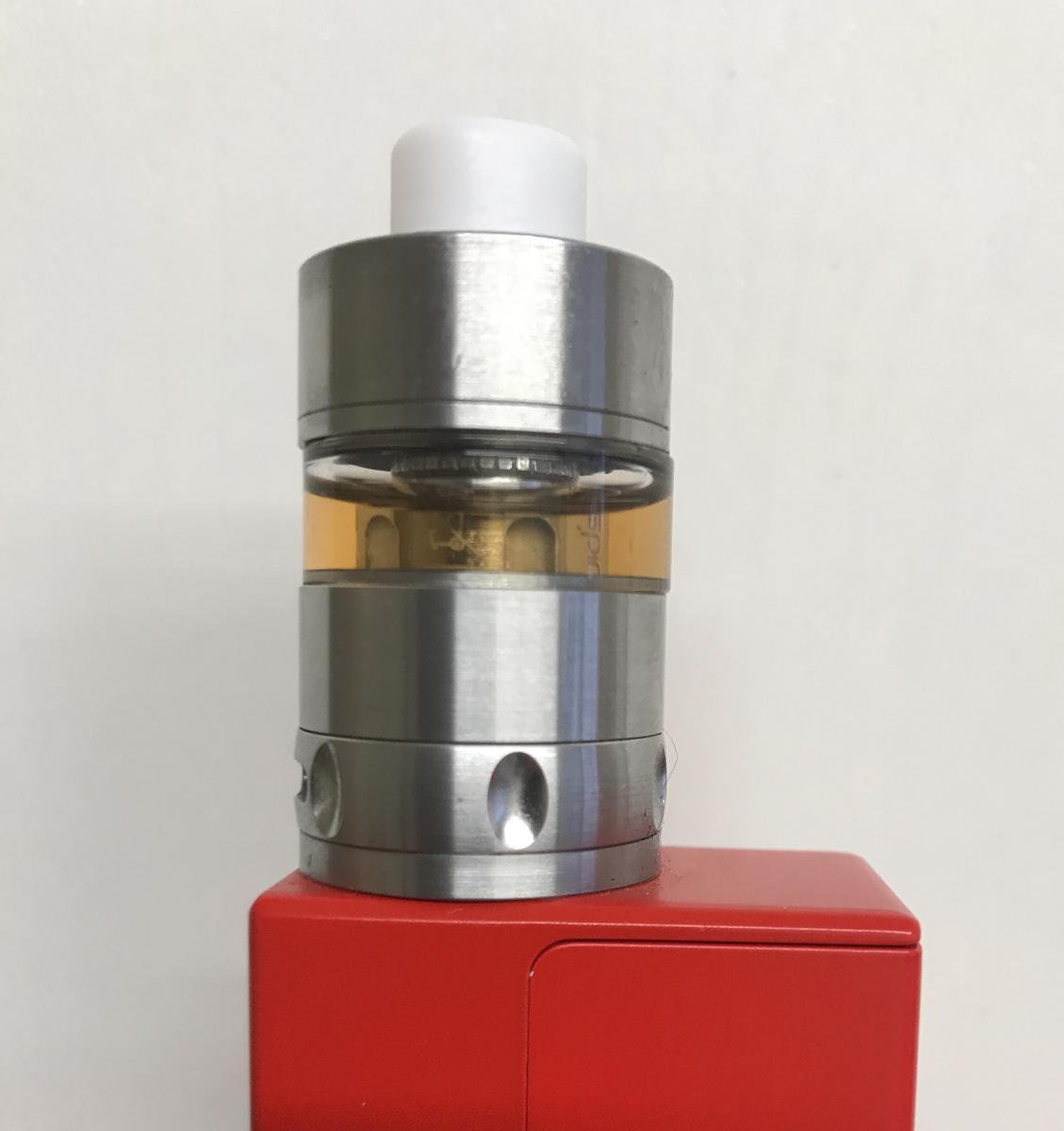 Eden Mods are a household name within the vaping industry, extremely well known for the outstanding Rose V2 RTA and the Snapdragon RDA, and most recently the Rose3 RTA. Eden Mods are based out of Hertfordshire, and are run by Andy and Lee, who are both vapers themselves and are very active within the vaping community. Eden Mods are highly regarded for producing top performing UK made atomisers, that have some of the best build quality going, as well as outstanding customer service.

For the past few years, Eden Mods have released a new product at Vapefest, and this year is no different. Vapefest in 2017 will see the release of the Eden Mods Trillium, which is is a slight step away from the rebuildable atomisers Eden Mods have manufactured in the past. The Trillium will actually take pre made coil heads, with it being compatible with the Aspire Atlantis series of coil heads, this will mean many different coil heads are compatible with the Trillium.

It also has Eden’s trademark top notch build quality, manufactured from stainless steel with a glass tank section, top filling, adjustable airflow and a 2ml capacity. It has also been manufactured to be compliant with TPD guidelines. The Trillium will also be the most affordable atomiser Eden Mods have released to date, with a highly competitive price point of only £45!

Please note, at present I have only had my hands on the prototype of the Trillium at present, as it isn’t due for release until Vapefest in August, so my thoughts below are based on the prototype model. I’ll have a full review up once I have got my hands on the retail version of the Trillium. Some features listed below may change for the retail version.

Manufactured in the UK, the Eden Mods Trillium is the first UK made tank to take pre made coil heads, and there will also be UK based customer service support from both Andy and Lee. At a price point of £45, it will also be very affordable too, and has been priced in line with many other popular sub ohm tanks. Styling cues have been taken from the Rose3, with the Trillium having a similar eye catching appearance. 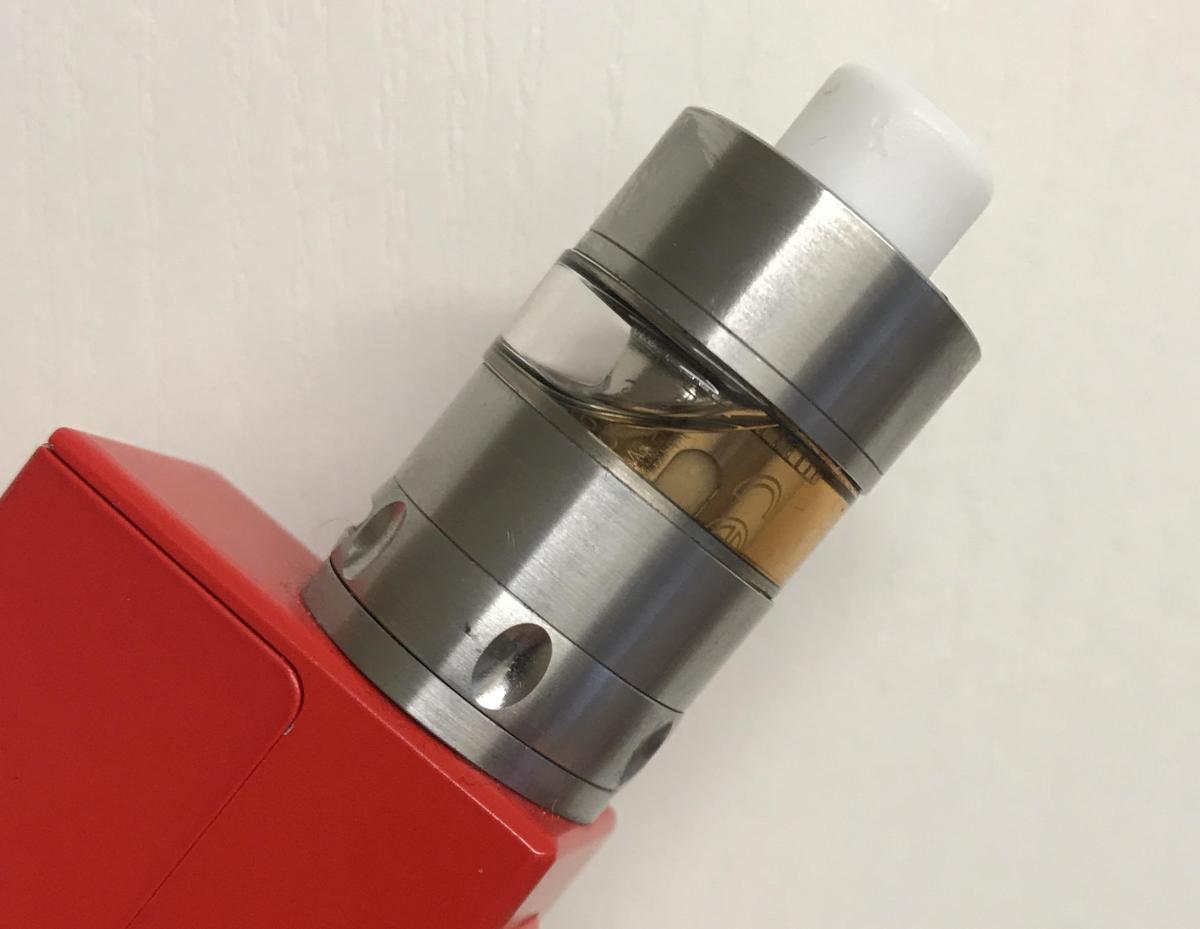 Even though the cost of the Trillium is extremely reasonable, no compromise has been made on build quality. The Trillium is manufactured in the UK, from high quality stainless steel, and features a glass tank section and fixed 510 connector at the base. Everything is machined perfectly, and all parts fit together smoothly, the Trillium can be fully disassembled for easy maintenance. The prototype version I have been using comes with a removable white delrin drip tip, however I know that after speaking to Lee this may be changed for another drip tip with the retail version.

Capacity is a TPD friendly 2ml, and a leak resistant top filling method is in place here. You simply pop the top cap off of the Trillium, which exposes the large filling port, and fill through the port. Once done, replace the top cap and you are good to go. Adjustable airflow is also present, with a large airflow slot at each side of the Trillium, a smooth airflow control ring allows you to close down or open up the airflow to suit your tastes, with airflow catering for mouth to lung and direct lung hits. 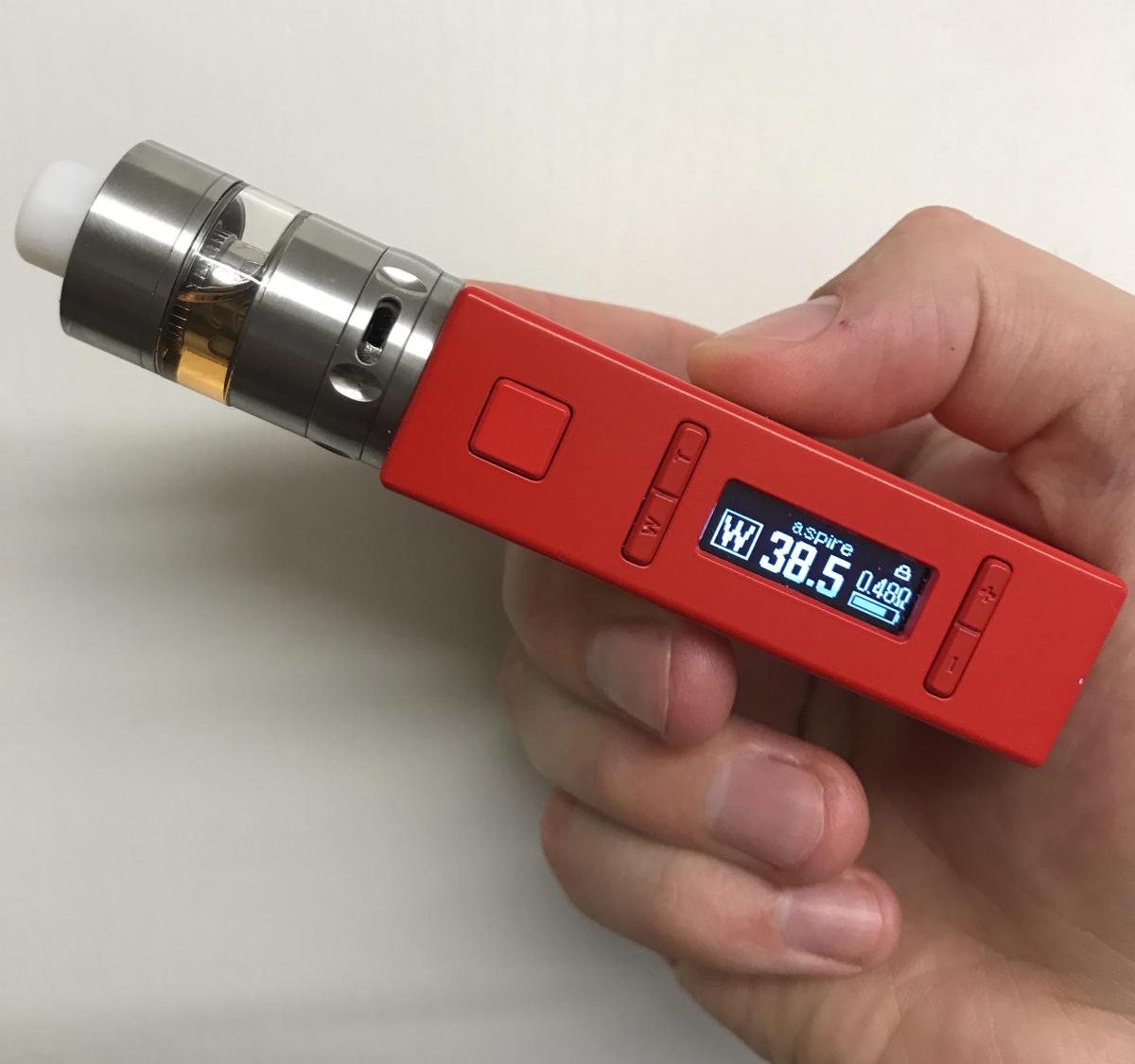 A big selling point with the Trillium is that it takes Aspire Atlantis coil heads, meaning that a lot of other pre made coil heads will be compatible. Andy and Lee had taken the decision to use Atlantis coils for this very reason, and it also means that you can find a coil head to suit your own vaping style, whether you like a tight mouth to lung draw or a wide open lung hit. 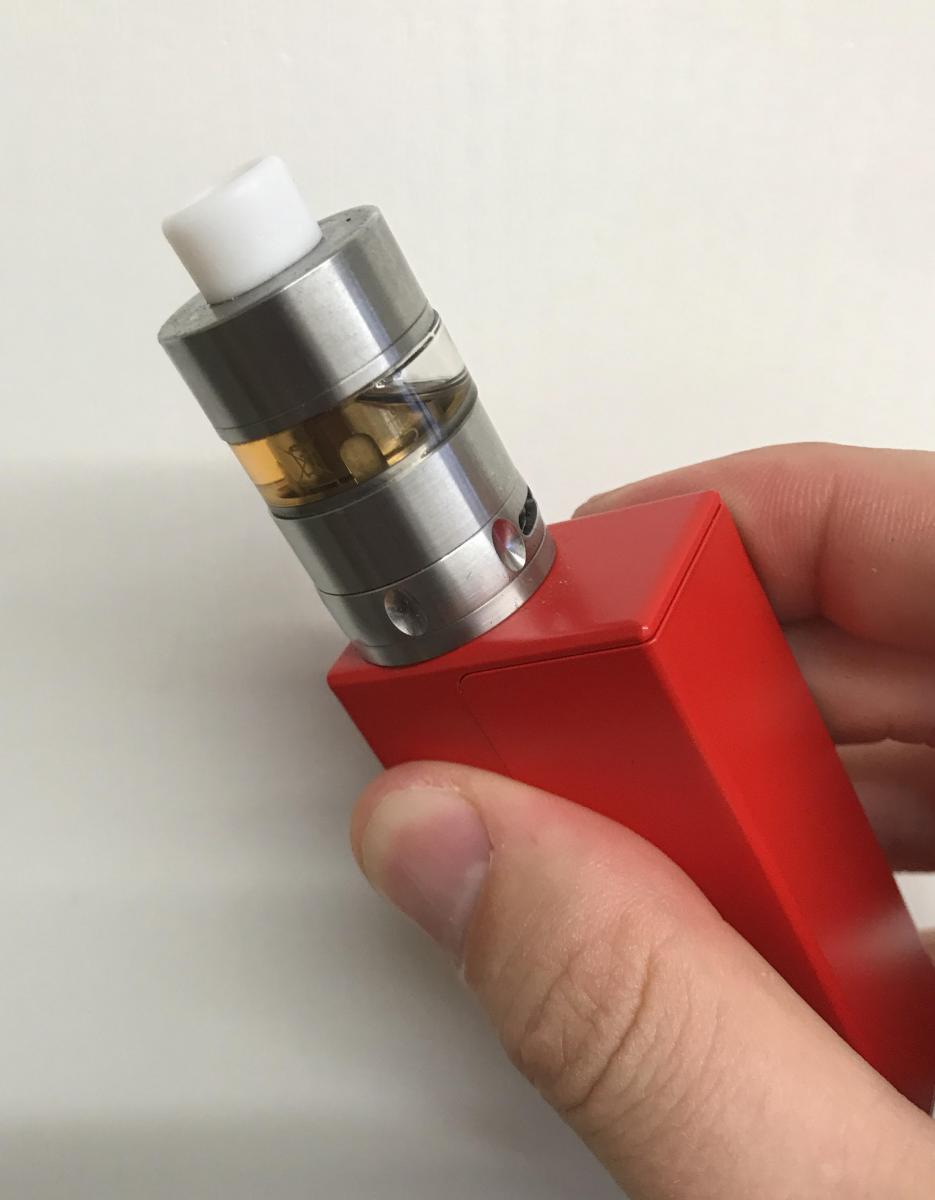 So far, I have tested the Aspire Atlantis, Aspire Atlantis Evo and Vaporesso CCell coil heads for direct lung vaping, and they have all performed superbly. I have also tried a 1.8ohm Triton coil head for mouth to lung vaping, and after closing the airflow down you can obtain a perfect mouth to lung hit with the Trillium. A full list of compatible coil heads (at the time of writing) is found below:

If you like to use RBA coil heads, then the Anyvape Segatank RBA deck is compatible, and comes highly recommended by Lee at Eden Mods for use with the Trillium.

On first impressions Eden Mods’ Trillium is looking like it is going to be a game changing atomiser, with top class build quality, performance and a very competitive price point. You’ll also get customer service included in the price, with Andy and Lee always ready to handle any queries posed to them. With it taking the Atlantis series of coil heads, you’ll have a lot of different coil heads compatible with the Trillium, and the Trillium will suit any style of vaping, mouth to lung and lung hitters are all catered for here.

Obviously, as I’ve mentioned a couple of times in the article already, I’ve got my hands on the prototype model of the Trillium at present, and there will be changes made to it ahead of its release at Vapefest in August. However, the Trillium is already shaping up to be quite an outstanding atomiser, and I’ve no doubt it will take the market by storm come August. I’ll have an updated full review on the retail version of the Eden Mods Trillium closer to release in August! 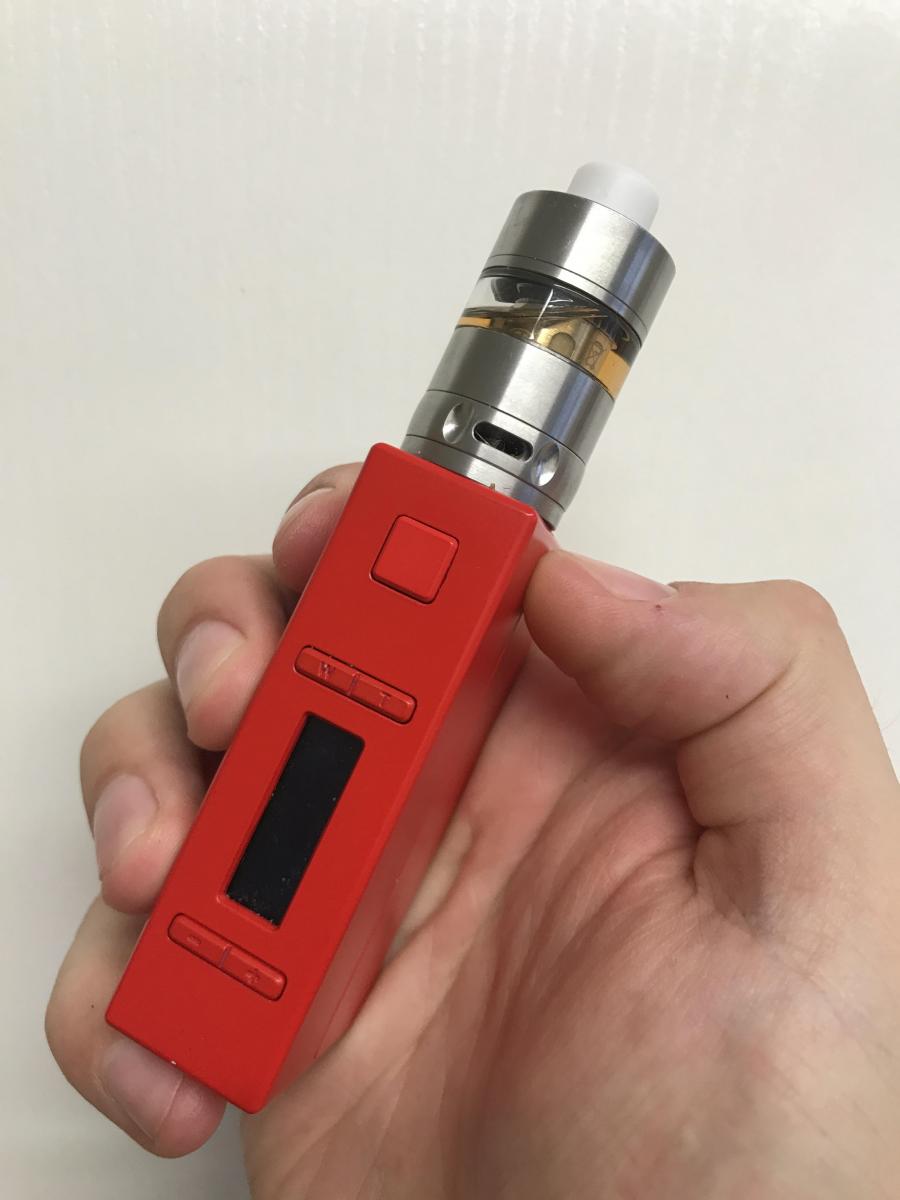