Thanks to NewVaping for supplying the HorizonTech Falcon II for review.

HorizonTech scored a winner with the original Falcon along with the Resin version and the Falcon King. Adding their mesh coil to the mix created something of a gamechanger. Let’s see if the Falcon II continues this success.

Instead of the usual boxy packaging, the Falcon II comes packaged in a two part plastic six sided tube. The Falcon II is clearly on display in the top half, and below it is the spare O'rings and spare coil. A 5.5ml bubble glass was supplied separately, thankfully because the supplied tank was 2ml. The included coils are a new cotton/wood pulp conical mesh called the Sector mesh coil, and they  follow the current trend for push fit installation. On first appearance, these look identical to the NexMESH coils, but a slight variation in diameter means neither are compatible in each others tanks, a bit of a shame given there is currently only the one coil compatible.

The tank itself is one of the better looking Subohm tanks on the market. It has a highly polished outer finish which is colour matched to the coil cage and is topped off with a resin 810 drip tip. With the O'ring in the catch cup you can swap the tip for a compatible favourite.

Airflow is through three "cyclops" style inlets with a smooth action on the adjusting ring. Filling is via a slide top cap that feels reassuringly secure so as not to pop open in a pocket or bag. A white arrow indicates where to press to slide the top. Once opened, a fairly generous sized fill port is revealed which will accommodate all but the largest nibbed bottles, although the drip tip does get in the way with larger bottles.

After quick strip down to check all O'rings are in place and an obligatory rinsed out, it was time to prime the coil and fill up. Large wicking ports allow a couple of drops of juice to be applied prior to refitting and filling up before allowing ten minute soak. Rated at 70-75W, I started lower at 60W and eased up to a comfortable 70W. I haven’t used any of the previous Falcon tanks so had no benchmark, but I was impressed with the flavour and vapour production. The conical shaped airflow in the coil helps to concentrate flavour at the point it enters the drip tip, but I felt something different when compared to the NexMESH subtank. On closer inspection, I realised that the Falcon tip bore is larger than the NexMESH tip. This was only noticed because I was running both tanks with the same custard juice at around the same settings, but it wasn’t a negative. This just showed how minor changes can make a difference. To be fair to both, I couldn’t decide which I preferred but it was good to be able to note such changes.

The first coil is still going strong after approximately 10 refills (50ml) with no sign of a drop in flavour, a bonus given the juice is a bit of a coil killer on round wire coils. Mesh coils can be more forgiving I find, especially if wicking is decent and it doesn’t oversaturate during use. 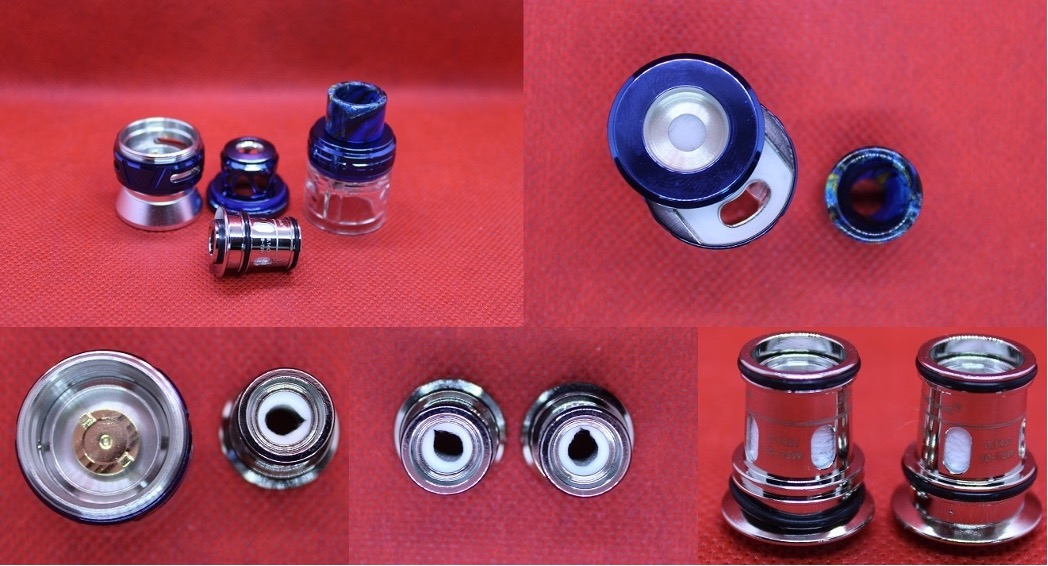 Having given the Falcon II a good run, I can see why people praised the previous versions, and this is a good addition whether you have the older versions or not. Although I predominantly use RTA set ups, this has certainly matched up in performance and flavour to a few of my RTAs. As long as coil quality is maintained and more coil options are made available, this will be another winner for the Falcon stable.

There are only a couple of cons to report. The top fill with the supplied drip tip can be awkward, but this is a trait of many slide to fill tanks. The other is the lack of compatibility with previous coils and there is only one available at present.

Thanks again to NewVaping, and if this has peaked your interest there’s a discount code available to forum members.