Researchers at the Federal University of Paraiba in Brazil investigated “the isolated effects of nicotine on visual processing, namely contrast processing.” Using nicotine gum in non-smokers, the study team found that “nicotine, in small doses, can have a potential therapeutic use for those populations with low vision”. The findings add to the developing body of evidence that nicotine is not the demon it is frequently portrayed to be.

Thiago Fernandes, Natalia Almeida, Gabriella Silva and Natanael Santos published their findings(1) in the journal Brain Imaging Behaviour. They write: “The effects of nicotine on visual processing are still underreported. More specifically, only three studies have investigated the relationship between nicotine gum administration and visual processing.”

They recount one pioneering study by Varghese et al.(2), who investigated nicotine gum’s effect on electroretinogram non-smoking adults. The authors found the first example of nicotine by itself affecting responses in the human retina.

A second study they considered demonstrated an impact on colour vision in non-smokers, and a third found a link with face detection for healthy non-smokers.

Noting nicotine’s use as a neuroprotective agent for Parkinson’s disease and Alzheimer’s disease, the authors felt it was vital to study its potential to enhance visual processing and cognition.

Although the study only involved a small cohort, and thus is limited in its findings, the Brazilian team said, “the results corroborated with our hypotheses, and the use of nicotine gum was responsible for better performance visual processing when compared to the use of placebo gum.”

They believe the findings open the door to further studies.

“These studies have shed light on the importance of studying the isolated effects of nicotine on the visual system of adults who have not had previous contact with nicotine (i.e., naive adults, or non-smokers). The relationship between nicotine and nicotinic receptors in the visual system can help in understanding: (i) how other harmful elements in cigarettes can act independently of nicotine; (ii) how nicotine can play an important role in the rehabilitation of patients with low vision, as in cataracts, which reduces visual processing.”

Future research, they say, could identify ceiling doses and measure the potential for nicotine habituation. For example, they do not believe that 4mg gum presented a ceiling dose and would like to investigate transdermal patches with 6-mg of nicotine.

“This has great implications for daily activities such as reading, driving or walking. However, some conditions may improve with training (e.g., perceptual training for dyslexia or worsen due to nervous system insults (e.g., Parkinson’s Disease).”

They conclude: “The results obtained may have theoretical implications in the field of neurosciences, helping to understand how nicotine works in visual processing. Moreover, it is expected that these results can reach populations that have visual impairments, such as reduced visual acuity or low vision.” 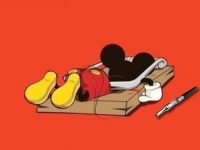 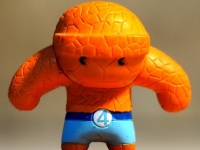