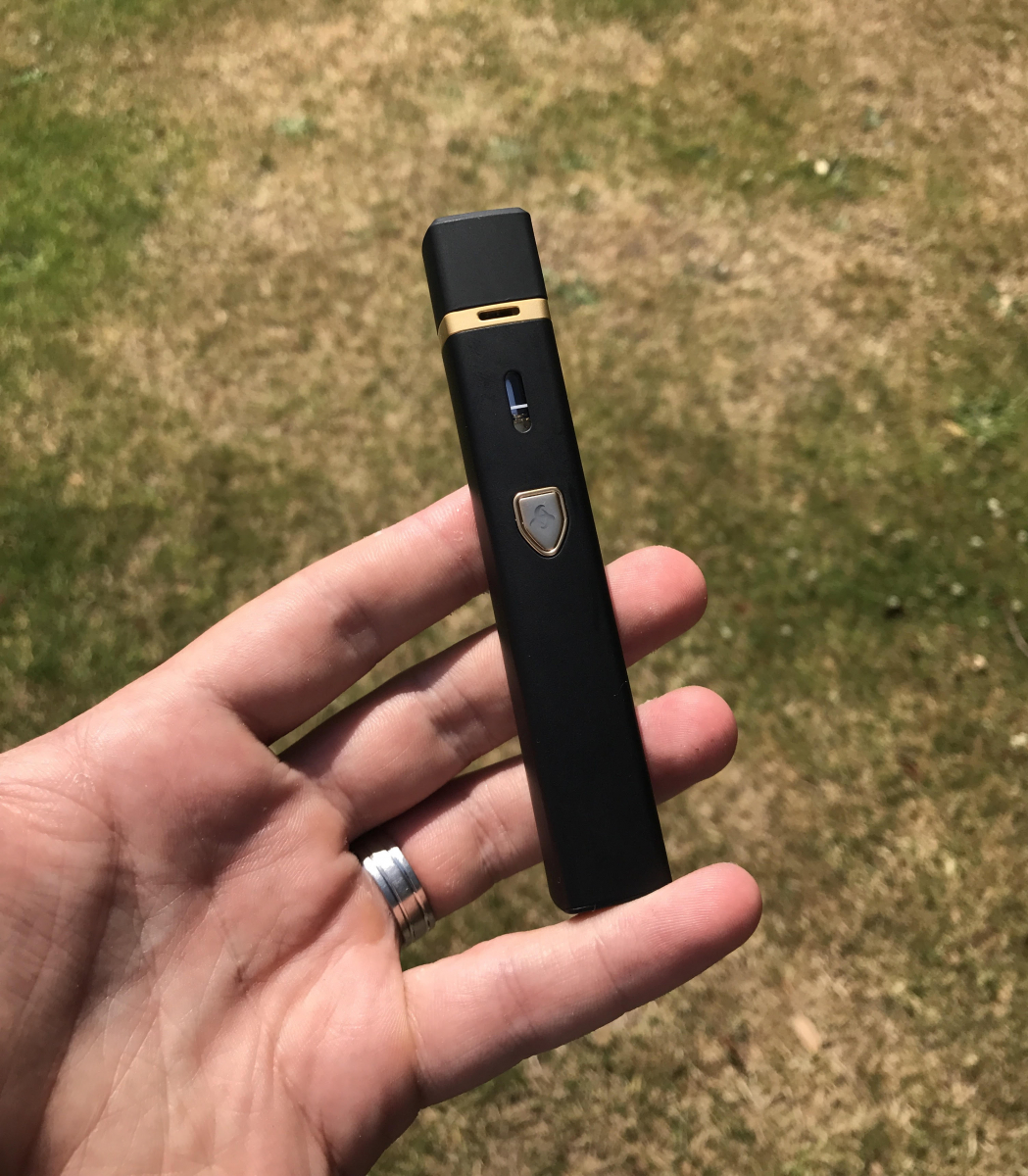 Hangsen are one of the largest and most well known brands within the vaping industry, and have been around for many years now - pretty much ever since the vaping scene really started to take off. Hangsen have grown over time into one of the largest suppliers of e-liquid globally, producing eliquid manufactured from high quality ingredients that has been subjected to testing via various regulatory bodies around the world, such as European MSGS, CE and RoHS certification.

Hangsen are known around the world for producing e-liquid, however many people may not be aware that they also produce and supply hardware. One of thir most recent hardware releases is the Hangsen Genesis - a compact and user friendly starter kit that offers a sleek design, 1500 mAh built in battery with USB charging, TPD compliant 1.5ml capacity with a leak resistant filling method, adjustable airflow and different drip tip options to cater for direct lung vaping and mouth to lung vaping. Below are my thoughts on the Hangsen Genesis... 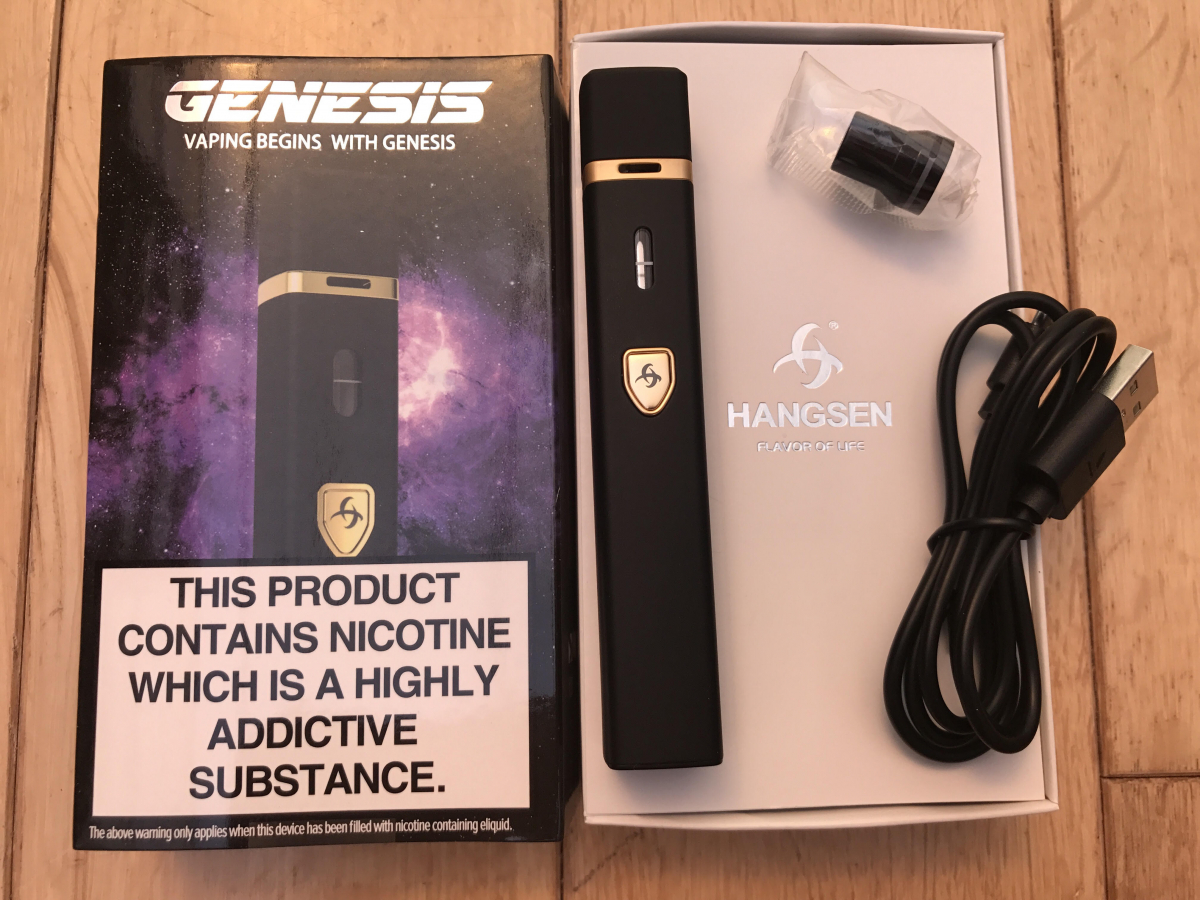 Measuring in at 19.2mm x 19.2mm x 115.6mm, the Hangsen Genesis is a small and sleek pen styled device that slots easily into your pocket and is comfortable to hold in hand. Hangsen have done really well with the design of the Hangsen Genesis, in my opinion this is one attractive looking little kit! The black body looks great as does the gold edging around the top of the Genesis and the gold power button featuring the Hangsen logo, and I've got to say that this is one of the better looking starter kits I have seen. The black finish holds up very well during day to day use, however I have noticed that some of the gold finish especially on the power button has begun to chip off after a couple of weeks.

Hangsen have designed the Genesis to be as user friendly as possible, in order to appeal to those that are making the switch from smoking to vaping. Firstly, you'll need to install one of the Hangsen Genesis coil heads, to do this you need to unscrew the mouthpiece, which has a built in child lock, you push the mouthpiece down then unscrew it. You then need to screw one of the included 0.4ohm coil heads onto the base of the mouthpiece, and fill the 1.5ml capacity tank up without overfilling past the white max marker, then screw the mouthpiece and coil back into the tank section. After you have done so, leave the device for 10 minutes to allow eliquid to saturate the coil head. 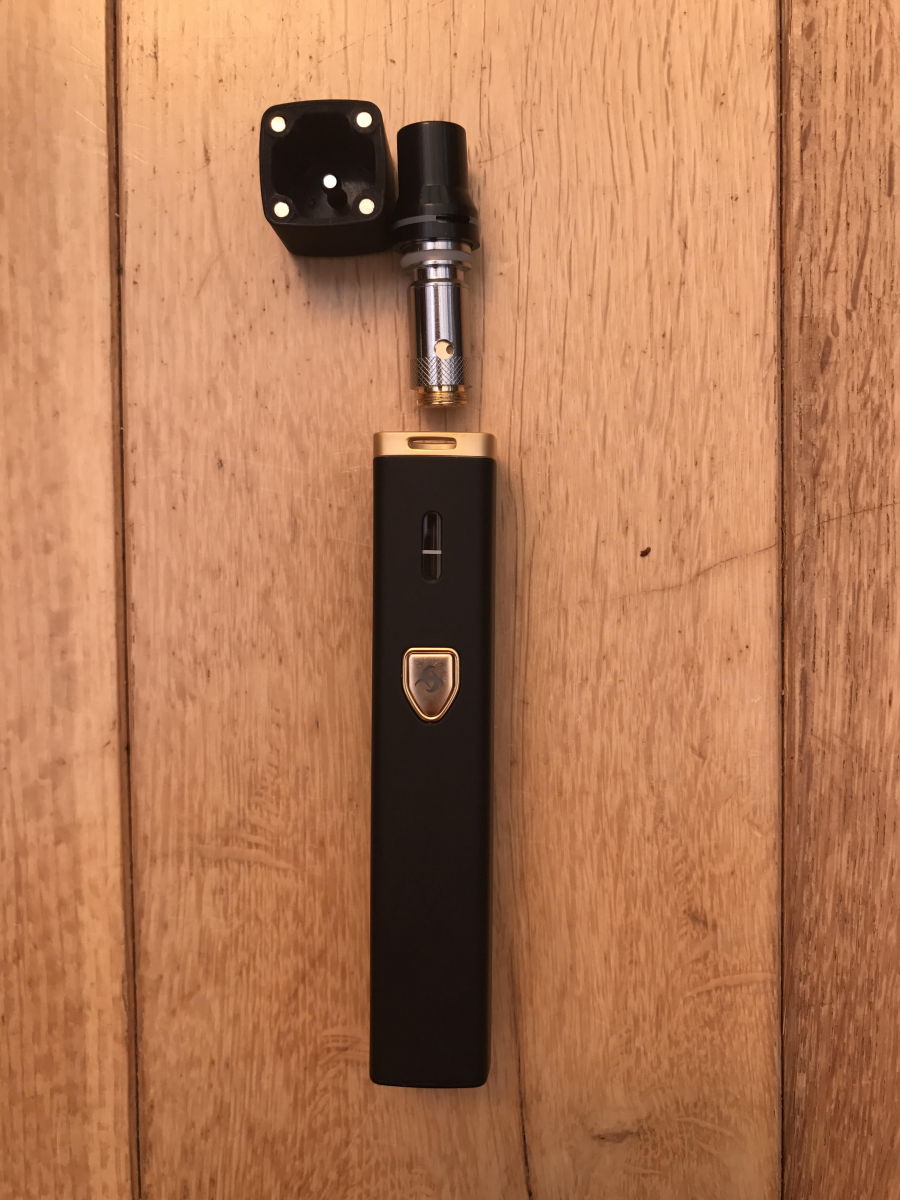 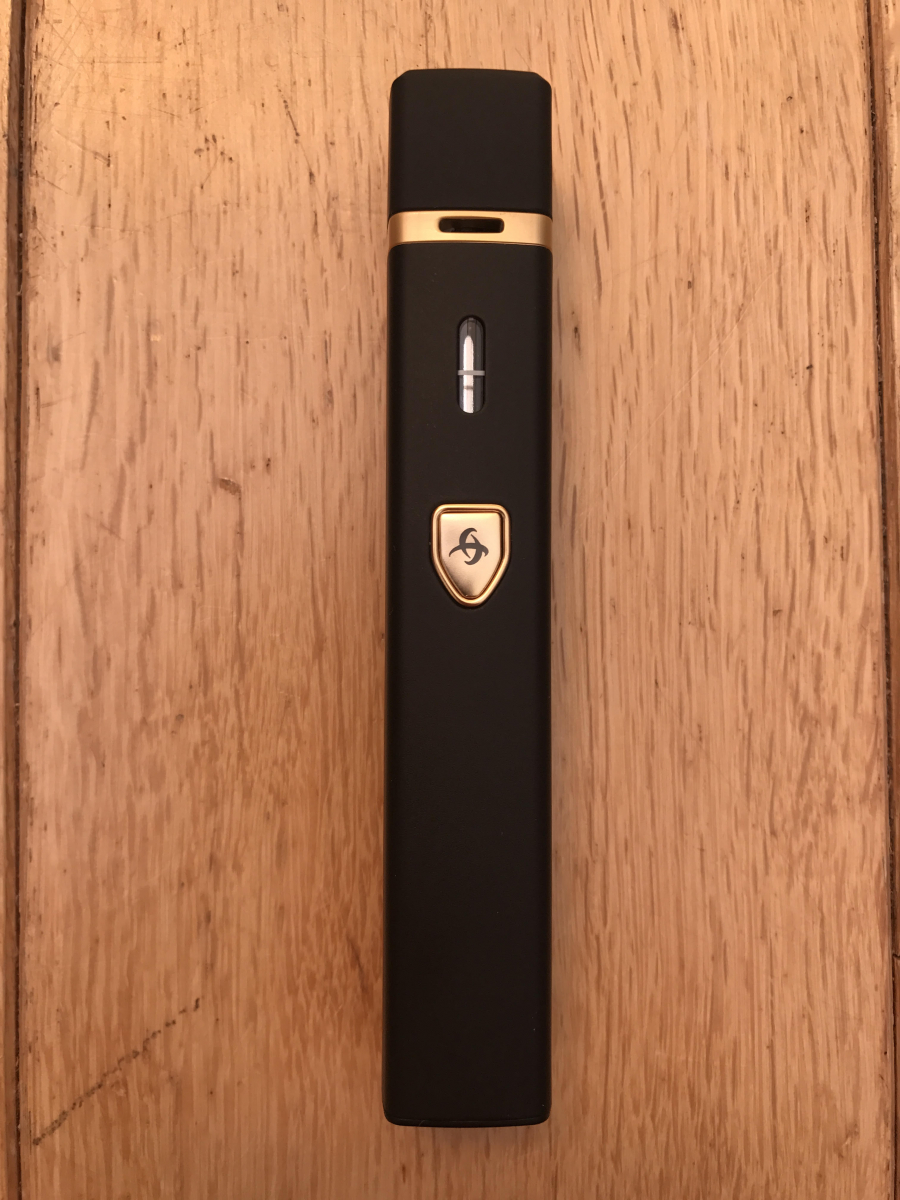 You do get two different mouthpieces with the Hangsen Genesis, one with a narrow bore which suits a tighter, mouth to lung draw more akin to what you would get from a cigarette. The wider bore mouthpiece suits a more looser, direct lung draw with extra vapour production but slightly reduced flavour quality. My own preference was to use the mouth to lung mouthpiece as I felt I got better flavour from the Hangsen Genesis when using this. You can actually adjust the airflow too, by rotating the mouthpiece you can close down and open up the airflow to your liking, which allows you to fine tune your vape that little bit further.

Built into the Hangsen Genesis is a 1500 mAh battery that is recharged via the USB port at the rear of the device, and this should last you a whole day. A battery capacity indicator is present in the form of the LED light around the power button. If this shows blue when the power button is pressed, then there is between 67-100% battery life left, if this shows purple then there is between 34-66% left, if red is showing then there is less than 33% left. From experience, when the indicator starts showing red then you really need to get to a charger as soon as you can! It takes around two hours to charge from red back up to blue. Safety features are also built into the Hangsen Genesis, you have Low Voltage Protection, Short Circuit Protection and Over-Discharge Protection as well.

All in all, the Hangsen Genesis is a pretty impressive little starter kit. It looks the business, has tiny form factor and offers a very good vape whilst being accessible to use by all. The flavour is very good from the 0.4ohm coil heads, and these can cope with eliquids up to 70% VG from experience. I like the fact that both mouth to lung vapers and direct lung vapers are both catered for, and both of the available options work well in practice. The Genesis is a good bit of hardware from Hangsen, I hope to see more from them in the future!

Many thanks to Hangsen for sending the Genesis in to review - you can find out more information and wholesale details on their website here http://www.hangsen.com/vape-pens/genesis-aio.php. 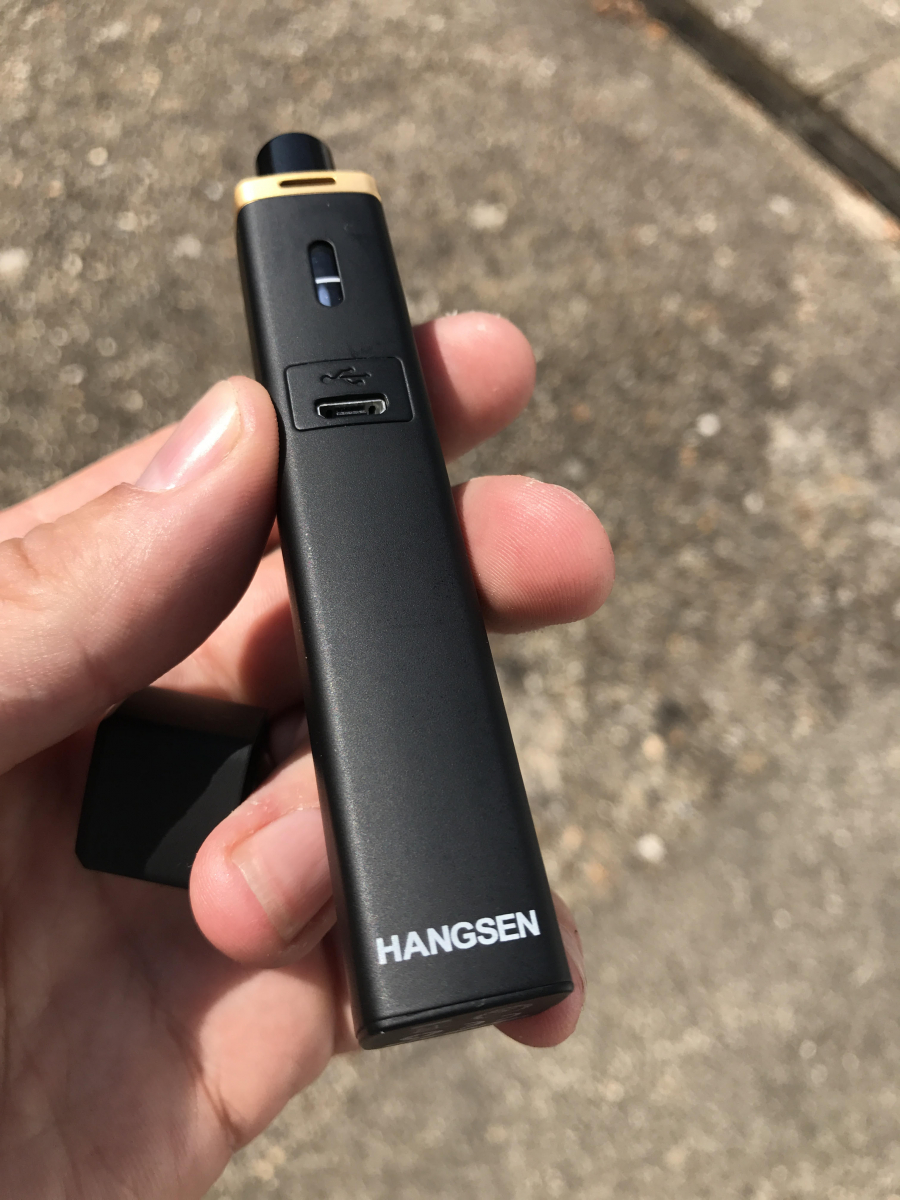