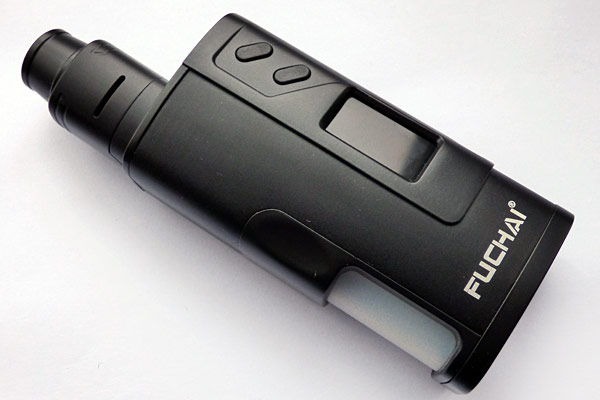 The Fuchai Squonk 213 is well-known manufacturer Sigelei’s first official foray into the squonking scene. It is a compact device adopting much of the design of the previous Fuchai 213 mod. The device can be used in Wattage or Temperature Control modes, has support for all major wire types, and can be used with 18650, 20700 and 21700 batteries. 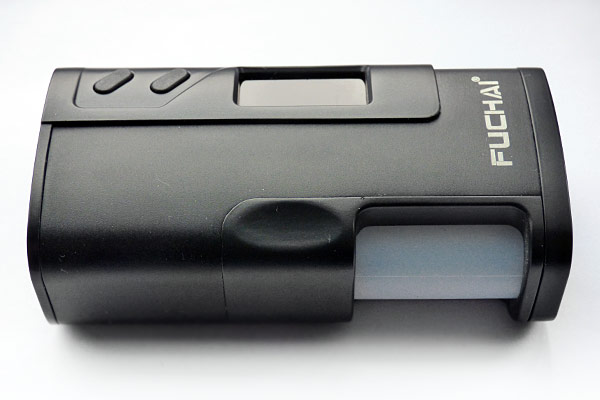 The build of the Fuchai Squonk 213 is roughly to the same standard of the Fuchai 213, in that it is certainly acceptable but not overly impressive. Unlike the Sigelei devices of old this one is certainly not built like a brick, but instead is quite lightweight being constructed of aluminium and zinc alloy. In terms of shape it is very ergonomic and does look rather stylish.

While the design in terms of aesthetics cannot really be questioned the main problem as I see it is that the Fuchai Squonk 213 is something of a mixed bag. Good points such as the attractive finish as well as the very clear and colourful screen are let down by poor quality in other areas. For example the buttons are responsive enough but do feel somewhat cheap and clunky, in addition there is some slight rattle present. The squonk door panels are rather wobbly, ideally needing much stronger magnets and the included squonker juice bottle has a very limited 6.5ml capacity. To an extent given the much lower price point of this device some of these issues can be overlooked.

The 510 connection while perfectly acceptable if using the included Fuchai RDA can be a major issue if you use other atomizers since there is no guarantee it will even fire, but more about that later. 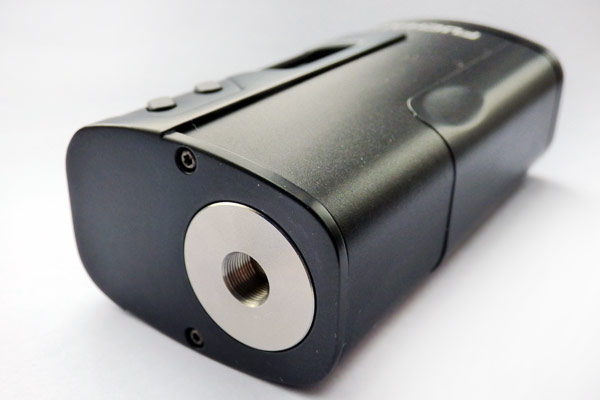 The battery compartment offers three choices so either an 18650 battery can be fitted by using the included adapter or alternatively you can use a 20700 or 21700 battery instead. Some video reviews I watched did show a lot of rattle when using a 20700 battery type but perhaps those reviewers were unlucky and in fairness I don’t have any 20700 or 21700 batteries to test this out myself.

As I said earlier the display is actually really good. It uses an easily readable font and is colourful. All typical information is clearly shown; Resistance, Voltage, Wattage and Battery charge, as well as Temperature when in that mode.

The included Fuchai dripper is a nice extra but one that is extremely streamlined in the features department and offers an all or nothing airflow that will only appeal to cloud chasing fans who want to do dual coil set ups. Its notable qualities are that it offers acceptable enough flavour, good cloud production and ease of build. Now providing you see the dripper purely as an extra bundled extra then I guess you could give it a free pass.

The device does feature a Micro USB port should you not wish to charge the battery externally. 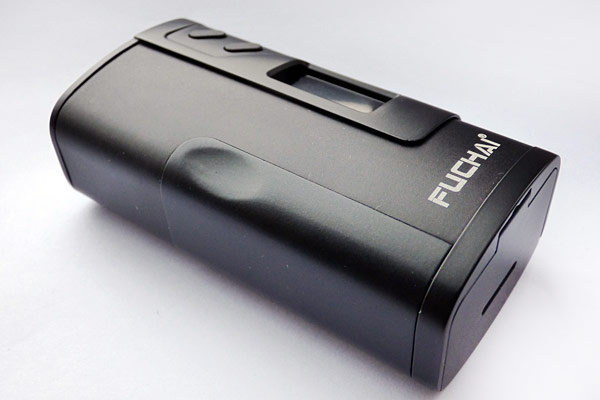 One positive of this device is that it is simple to use and even a newcomer will get to grips with it easily. The manual is clear and covers all functions. The included RDA despite being dual coil only is very simple to build since it uses the common Veloctity style two post arrangement. 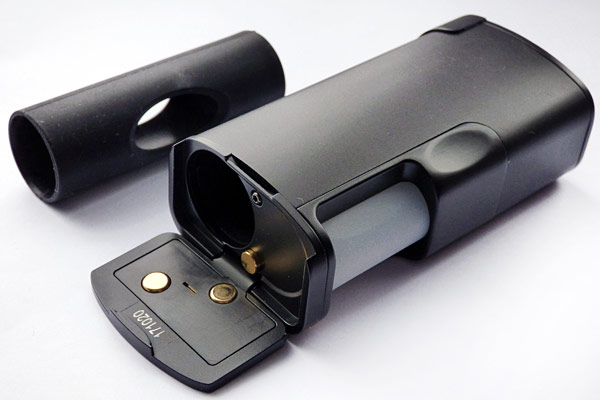 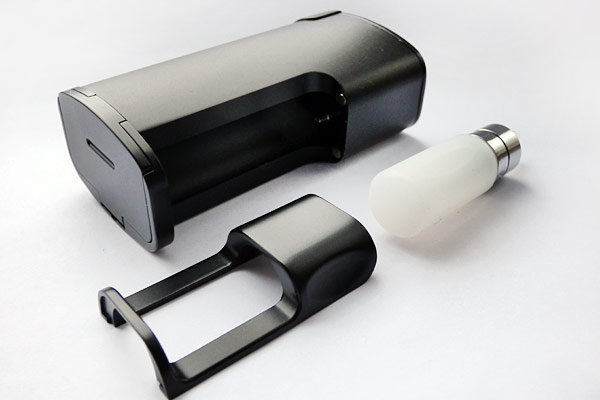 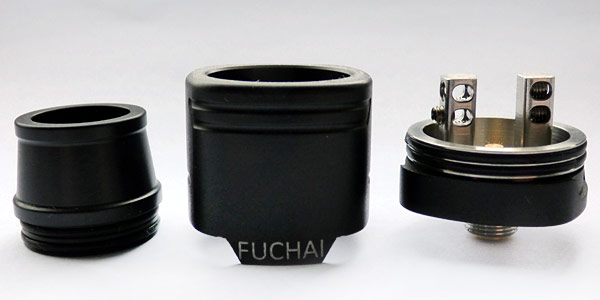 I set up the Fuchai dripper with two 3mm ID coils which had a final Resistance of 0.4ohm. The vape I got was certainly quite acceptable but far from anything exceptional. What you have to keep in mind is that it only caters to dual coil and has a fixed airflow that is very full on and this does mute flavour. In terms of squonk operation it works well enough and from a building point of view you can hardly go wrong with a two post Velocity style deck. Flavour was decidedly average and to be honest if I’m specifically using a squonker it’s entirely because I want good flavour on tap, so the dripper seemed somewhat lacking in that department. In my opinion its best quality is the very generous cloud production which will definitely appeal to some vapers. 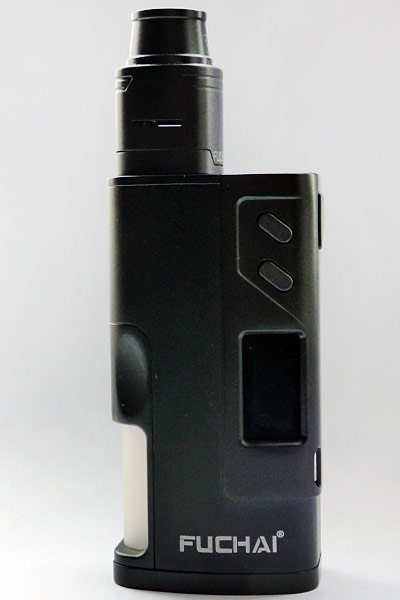 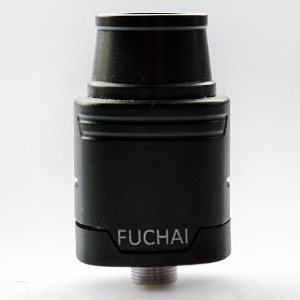 Personally I found that the Fuchai dripper didn’t really offer that much to me in terms of the kind of vape I prefer, so I quickly swapped it out for my Hadaly RDA. If you feel the same and don’t care for the included dripper at least there are plenty of budget friendly options out there, such as the BF 22 Pulse (single coil) or the DPRO RDA (dual coil) which both include bottom feed pins.

Now assuming you’d like to use the Fuchai occasionally in non-Squonk mode you can switch out the juice door cover and hide the juice bottle. This makes the Fuchai Squonk 213 look like a standard Sigelei Fuchia (minus one 18650 battery). In terms of function it works well enough but certainly has issues with some atomizers. There is no guarantee your tank or RDA will fire as I found out with my Taifun GT III. Fortunately there is a way around that providing your atomizer has an adjustable 510 pin (thankfully the Taifun GT III does) but this can lead to a massive gap which looks rather shoddy. Of course there are no such issues if only using the included Fuchai dripper.

I used my Kayfun 5 which was fitted with a Stainless Steel coil to test Temperature Control. All in all I found the mode to be acceptable but some tweaking was needed because at times the vape was slightly underpowered. Thankfully I had no issues with Resistance fluctuation or heat spiking.

Battery life was very typical of a single 18650 device and will depend greatly on the Wattage you set, whether you use Temperature Control and how often you vape.

The Sigelei Fuchai Squonk 213 tends to retail at £45.00 (I have also seen it as low as £31.99) and that certainly makes it competitively priced compared to other starter squonking kits.

If you view this purely as an entry level squonker and forget all about the excellent build quality of old Sigelei devices then in complete fairness this may be just right for you.

Of course given some of the shortcomings and especially the limitations of the included RDA I personally would only recommend this device if you are absolutely in love with the aesthetics or if you can find it for sale at a very cheap price.

Ultimately it does the job and it is fairly compact, but it also suffers from rather cheap feeling construction in a few areas. I would say buy this if you really want it but do give full consideration to all options first since there are many well priced squonker starter kits on the market.