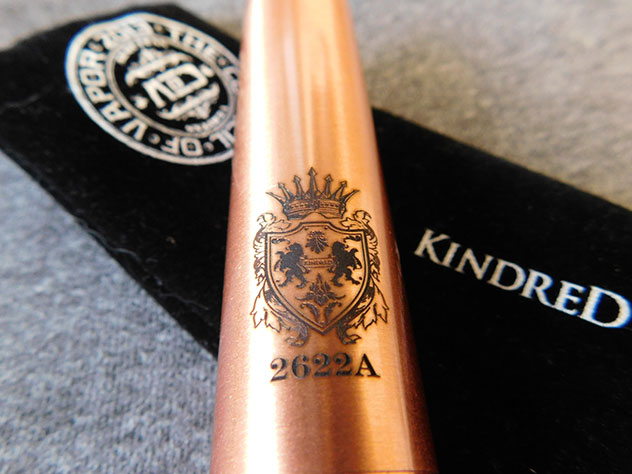 Kindred brothers let us raise our arms in celebration for the new Kindred II...

Council of Vapor, responsible for the outstanding Royal Hunter RDA, have released the follow up to their original Kindred mechanical mod in the form of the Kindred II, featuring improvements to the switch, machining refinements, slimmer barrel, self adjusting pins and improvements in conductivity allowing for minimal voltage drop. It is available in either full copper or you can have copper wrapped in stainless steel. Also, available with most retailers at a price point for around £50, it's one that is budget friendly, so hopefully the build quality won’t be compromised!

There has been a bit of a mechanical mod revival as of late, I myself have always appreciated a well made mechanical mod and still collect and use them myself, so I was definitely excited have an in depth look at the Council of Vapor Kindred II, especially after getting to try one out at Vapefest briefly.

It’s a mechanical mod, so don’t expect too much in the way of extras! You do get a really nice little velvet cloth presentation pouch in which you will find the Kindred 2, but there is nothing else of note here. 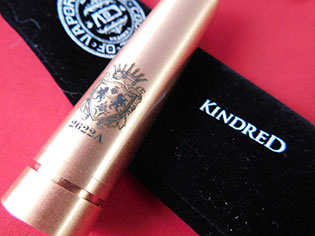 My Kindred II unit was the all copper version and this looked suitably gorgeous with a black or stainless steel RDA, the Royal Hunter looks like it belongs on this mod, understandably so when they are manufactured by the same company! The Kindred ‘shield’ logo is present on the side with a 4 digit unique serial number, at the other side you find ‘Kindred II’. It’s 22mm width, and at 90mm height is slightly taller than a lot of similar mods. The top cap is ever so slightly recessed, with an 8 pointed star engraved in copper around the 510 connector. The 510 connector itself features very smooth threading, along with a self adjusting contact pin, so you won’t have much trouble getting a flush fit with your atty of choice. The contact pins are constructed from silver plated copper however the threads are copper no matter which option you go for, so you just need to be careful when screwing and unscrewing these!

The Kindred II top cap, battery tube and switch assembly all disassemble easily in order to clean the mod, due to the copper used you will need to clean the Kindred II on a regular basis to ensure excellent conductivity is retained. Looks wise, I can’t fault the Kindred II, it’s a really nice looking mechanical mod. 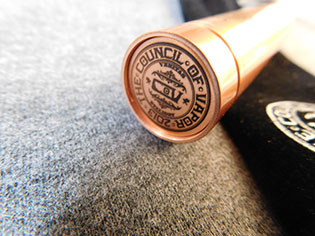 The Kindred II features a magnetic switch assembly, with a reasonably long throw, despite the fairly long throw the switch is very responsive and no misfires were encountered. It’s also buttery smooth, just how I like my mechanical mod switches to be! I didn’t encounter any crunch from the switch assembly, or any incidences of the switch or locking ring getting stuck, which is an indicator of really good threading.

There’s a reverse threaded locking ring present too, so you can easily lock and unlock the mod without unscrewing the switch, this I also found to be really smooth and easily operated. Venting is also done through the switch assembly, with vent holes present in the assembly itself. 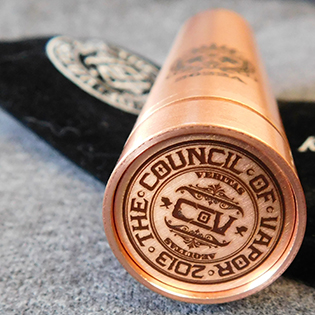 You are able to stand the Kindred II up even whilst unlocked without fear of the mod firing, as the magnetic switch prevents the Kindred II from firing under its own weight. In terms of the performance, the Kindred II performs on a level you expect with many higher priced and popular mechanical mods, with minimal voltage drop (I measured mine at 0.08v under load with a 1 ohm build) ensuring the Kindred II hits hard!

For a shade under £50, the Council of Vapor Kindred II is a great little workhorse mechanical mod, that well outperforms its £50 price tag. Frankly, I would have been happy to pay more than that for it due to the quality of the mod! The machining is great, the magnetic switch is smooth as you like, reverse threaded locking ring works really well and I haven’t had a single misfire, it looks great and conductivity is superb, ensuring minimal voltage drop. The self adjusting pins are a great idea too, meaning that you don’t need to fiddle around manually adjusting the pins to get a flush fit with your preferred atty.

If you are in the market for a genuine mechanical mod, but on a bit of a budget, then you can do no wrong with the Council of Vapor Kindred II. Paired with the Royal Hunter it’s a great combo and a set up I would highly recommend at sub £100 for a genuine mech/RDA pairing!

This item was sent to POTV to review by Smoke Purer where it is priced at £49.99, POTV readers can get 10% off all items on their site using the code POTV at checkout!  Check out the Kindred II on their site here - http://www.smokepurer.com/council-of-vapor-kindred-2-mod-copper/. 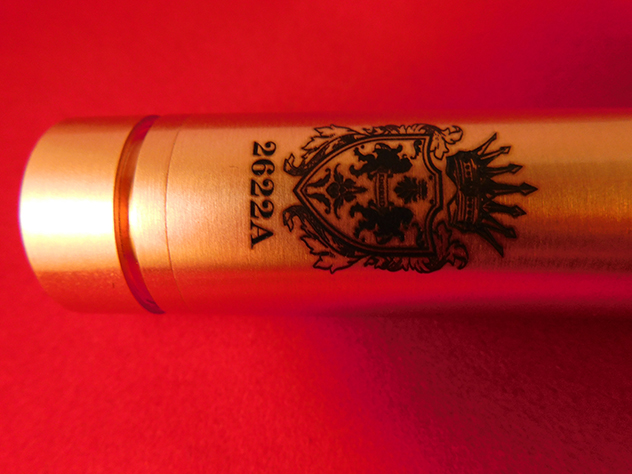