Today for review, we have some of the Cloud Burst Shortfill range which were provided to me by Puff Daddie. I have no affiliation to Puff Daddie and what follows are my own thoughts based on my own experiences.

They all contain 100ml in 120ml bottles with room for two nic shots and are 70VG/30PG. The bottles themselves are nice and squeezy, and have all the relevant information and warnings on. The top cap needs a little prizing off and I would prefer the flip top bottles to make adding the nicotine easier. Cloud Burst state that “All Cloud Burst juices are made by our flavour designer Mel in his own small lab in Staffordshire”. The branding is simple but effective, invoking an image of some kind of sweet or, if you look at the cloud, it’s reminiscent of a nuclear explosion.

Will there be lots of clouds? Will they be bursting with a flavour explosion? Let’s see!

“Just in time for Christmas. This juice has a Creamy Hit on the inhale and a Sweet Cinnamon and Fruity aftertaste on the exhale”

It smells like one of those egg custard tarts which is good because I do like one of those now and again. On the inhale, there’s a mild custard with a dash of creaminess and a slight vanilla flavour. Straight away on the exhale, you are hit by the cinnamon which is quite strong, and then it tails off and is joined by a hint of the creaminess, and then right at the end is a sweet finish almost reminiscent of brown sugar. They say that there are fruits on the exhale but if there are, I couldn’t tell and certainly couldn’t pick them out. It’s a nice flavour but I feel like if they upped the creaminess of this one and gave it a more thick mouth feel then it would have been superb. Not an all day vape for me, but I will definitely finish the bottle. 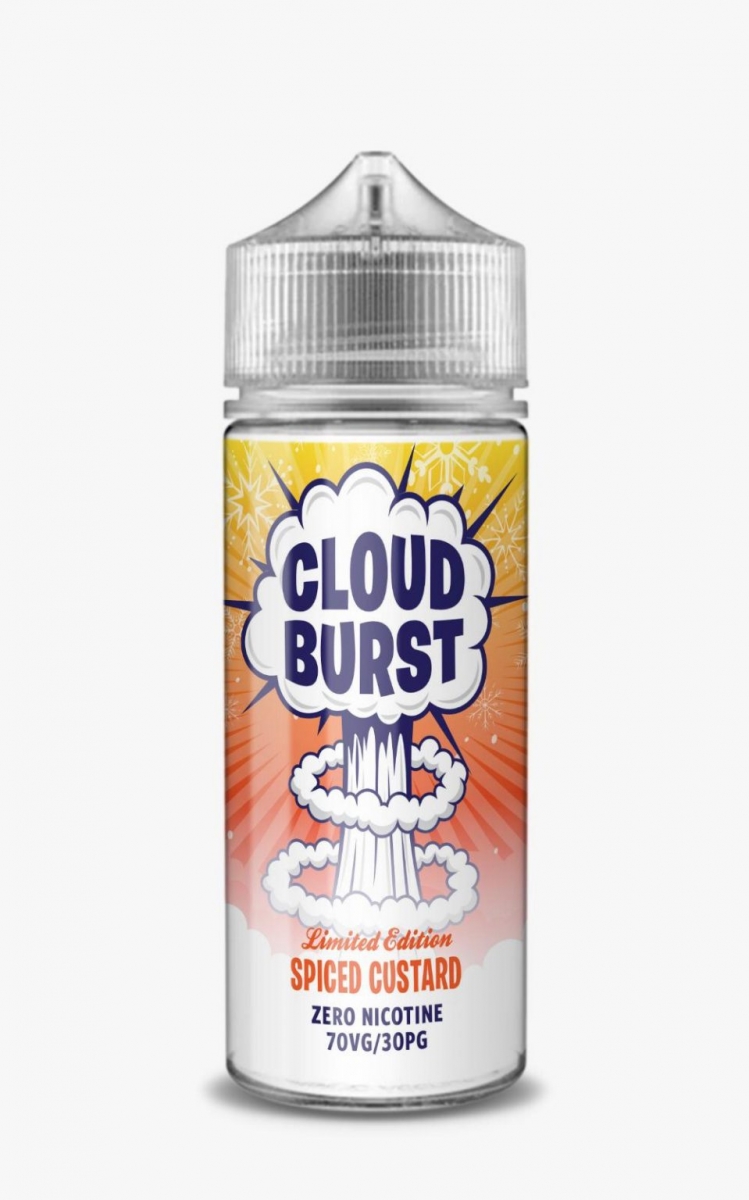 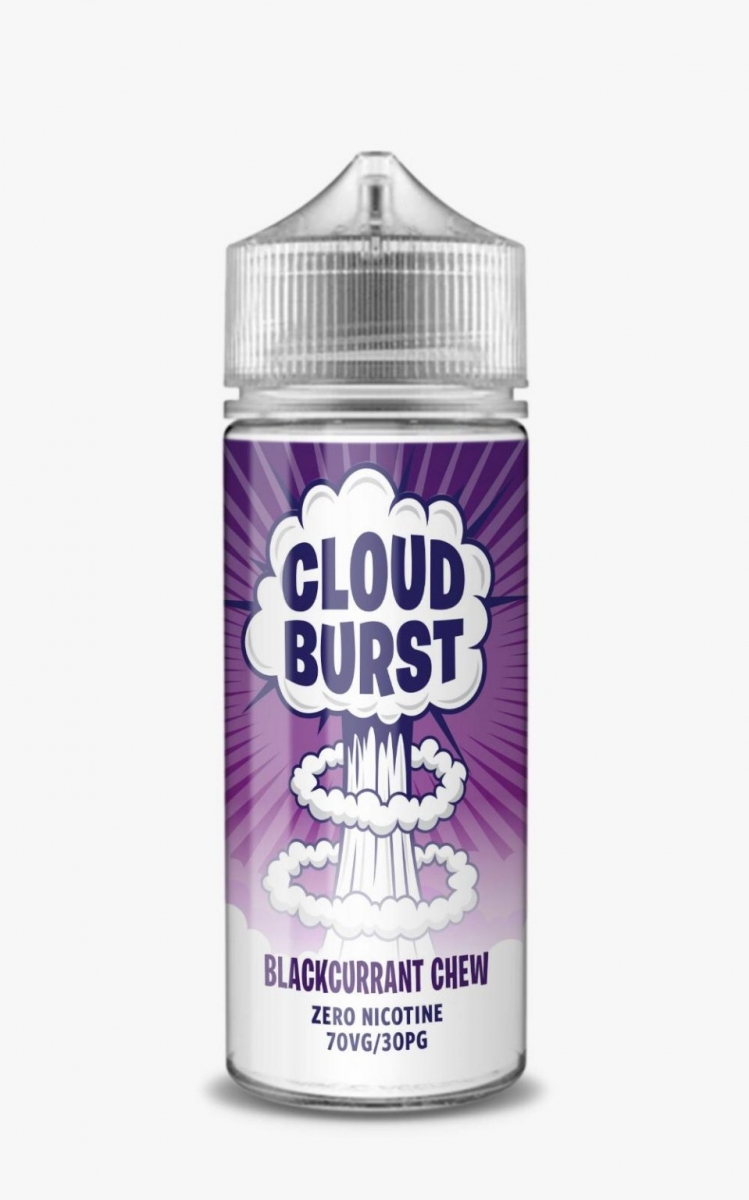 “This flavour has a cult following among vapers and for a good reason. This over the top concoction boasts Mixed Red Berries, Blueberries, Blue Ice Pop with a Cool Menthol experience on the exhale. A sweet, fruity and Menthol refreshing vape experience”

This was the one I was looking forward to the least. Anyone who knows me or has read my previous reviews knows that I am not a fan of the Heisenberg style liquid, it might have a cult following but remember that not all cults are good. Even though I’m not a fan of the flavour profile, it doesn’t mean I can’t recognise a skilled blending of flavour and a good balance and mix, sadly, this isn’t one of them I’m afraid.
On the inhale there’s a mix of berries but the one at the forefront is strawberry, but it’s not a nice juicy strawberry. It’s a kind of false strawberry with an almost chemical or metallic tang to it. On the exhale you can taste the blue ice pop and blueberries, but again it tastes more of the chemical used to make blue ice pops than real fruit. The ice hit here isn’t an over the top give a penguin brain freeze hit, more of a cooling, but it comes with an aniseed undertone which doesn’t balance well with the rest of the flavours. I would honestly struggle to recommend this liquid to anyone 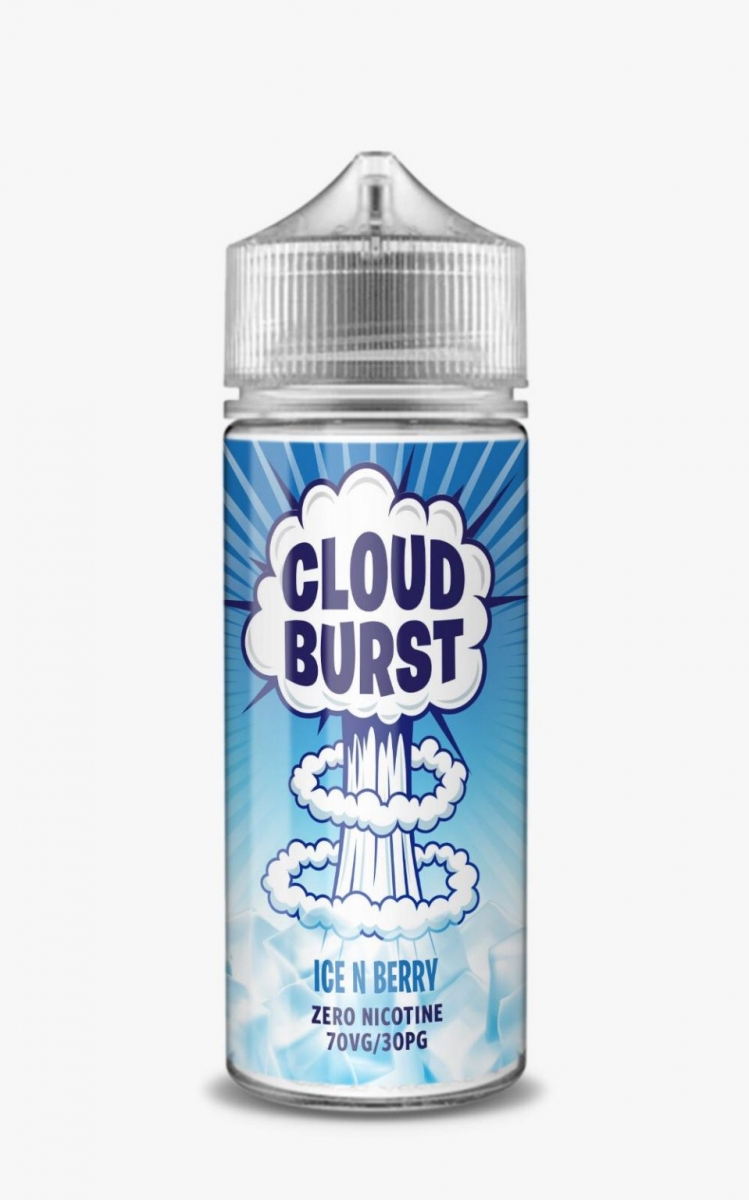 “A Thirst-Quenching Cola with a hint of Tangy Lime. A nice all day vape”

I do like a bit of cola and lime but I must admit that most of the lime I consume is in rum! I was looking forward to this one and I was not disappointed! There’s a strong yet smooth lime on the inhale, it’s not too sharp and not too sweet but is full of flavour and has a nice hint of cola. On the exhale there’s still the lime, but the cola starts to come through more and the balance is delightful. The lime is more of a lime cordial style, and you know how cola tastes better in a pub because it’s made using the syrup? Well that’s the kind of cola taste you have here. If it sounds sweet then yes, there is sweetness there, but it’s never overpowering and it sits there letting the flavours do the talking. I thought I might like this one but just how much I liked it surprised me a little and that’s down to just how well the lime and cola blend like they are having a nice slow, intertwined dance together. You could add iced nic to this one (to appease the penguins) and sit beneath the stars on a nice warm summer eve and just put your feet up and enjoy. I will be vaping this with a nice rum, pretending I’m in Cuba. The best of the bunch by far, and one I would thoroughly recommend. 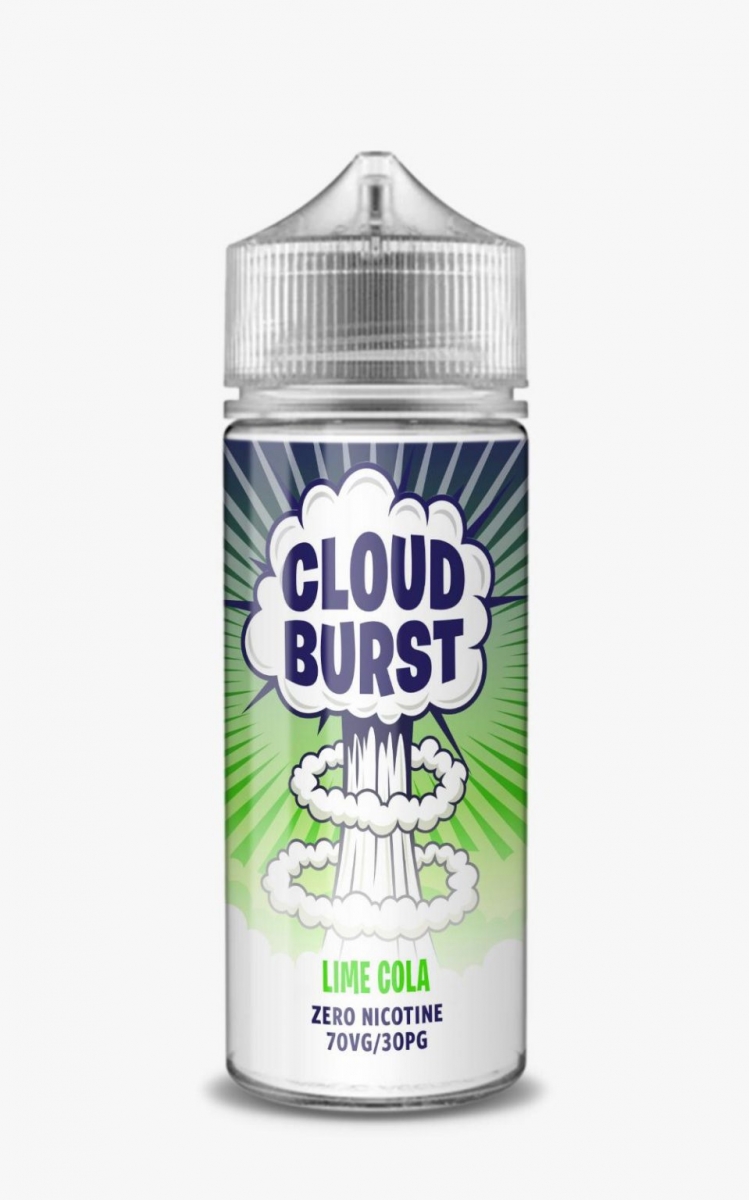 Although I wasn’t sent the entire range, I’ve had a good taster of what Cloud Burst are all about. There is nothing revolutionary here, they are their own take on some classic flavours profiles. The Blackcurrant Chew and Spiced Custard are good liquids which, with a little tweak could become great, but even as they are they will find their fans as there are some good flavours in them. I would not recommend the Ice ‘N Berries to anyone, yet when Cloud Burst get it right they really get it right. The Lime Cola was a revelation, and one I will continue to vape for a while yet.

If these appeal to you, you can pick them up direct from Puff Daddie for the great price of £9.99 a bottle. If that wasn't attractive enough, they also offer any 3 for £25 which makes them a bit of a steal. 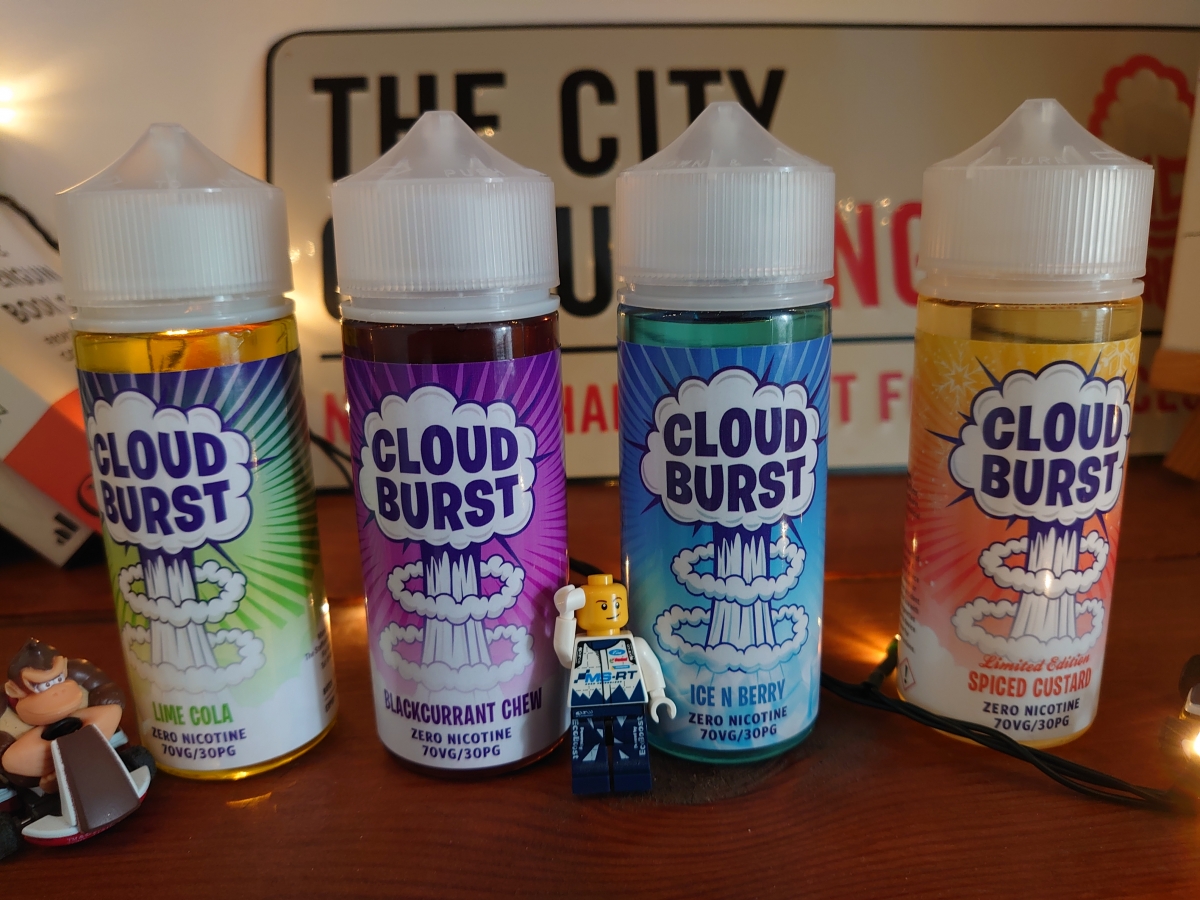