IVG (I Vape Great) were established in 2016 in the U.K. and are based in Preston with offices in Dubai, the USA and Colombia. They are a global brand selling in over 100 countries and have won countless awards. I’m sure we are all aware of them, but personally I have never actually tried any of their liquids!

IVG kindly sent me the 50/50 menthol range for the purpose of this review. I have no affiliation to IVG, receive no payment for my reviews, and the following is all my own based on my experiences.

I was sent four liquids from the freebase range in 3mg and two from their nic salt range in 10mg. I like menthol and mint e-liquids, especially ones that are so icy they would give a penguin brain freeze, so I was looking forward to these. Remember though, taste is subjective!

“Refreshing ice mints with an icy touch”
I love mint and I love ice so this one I had high hopes for Iced Mint. Honestly, it’s like vaping a glacier mint. I can imagine that polar bear from the packet kicking back and enjoying this one. It’s a really smooth draw with a lovely icy mint blast that is just the right coolness so you know it’s icy but it’s not overpowering. They’ve got the balance between the mint flavour and the coolness of the ice spot on here and it provides a very satisfying vape indeed. I really like this one. 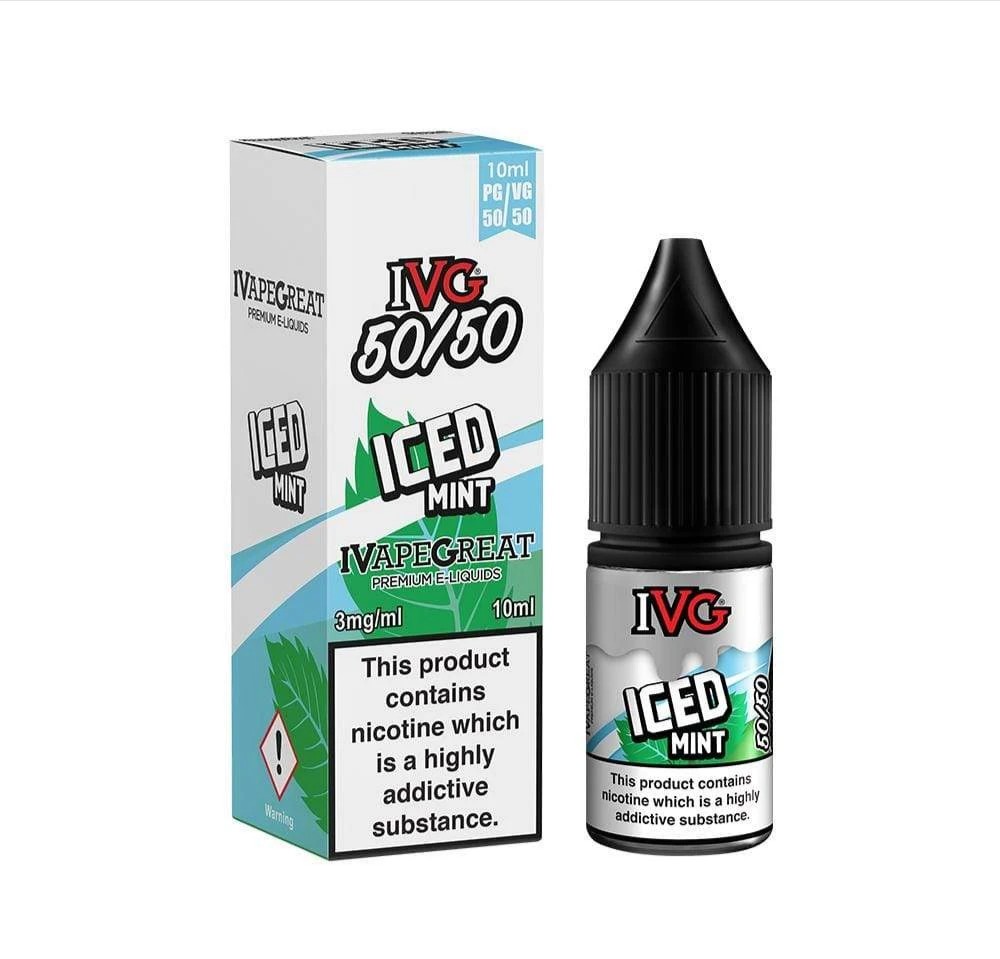 “Menthol with hints of eucalyptus and ice which creates an extra refreshing taste”
I’m not sure they got the balance between the menthol and the eucalyptus quite right with this one. The eucalyptus is a little too prevalent for my taste and the ice on this one wasn’t really ice, more of a gentle cooling. It’s not that it’s bad at all, it’s refreshing and has cooling touch, but it just wasn’t for me, koalas might like Green Mint though. 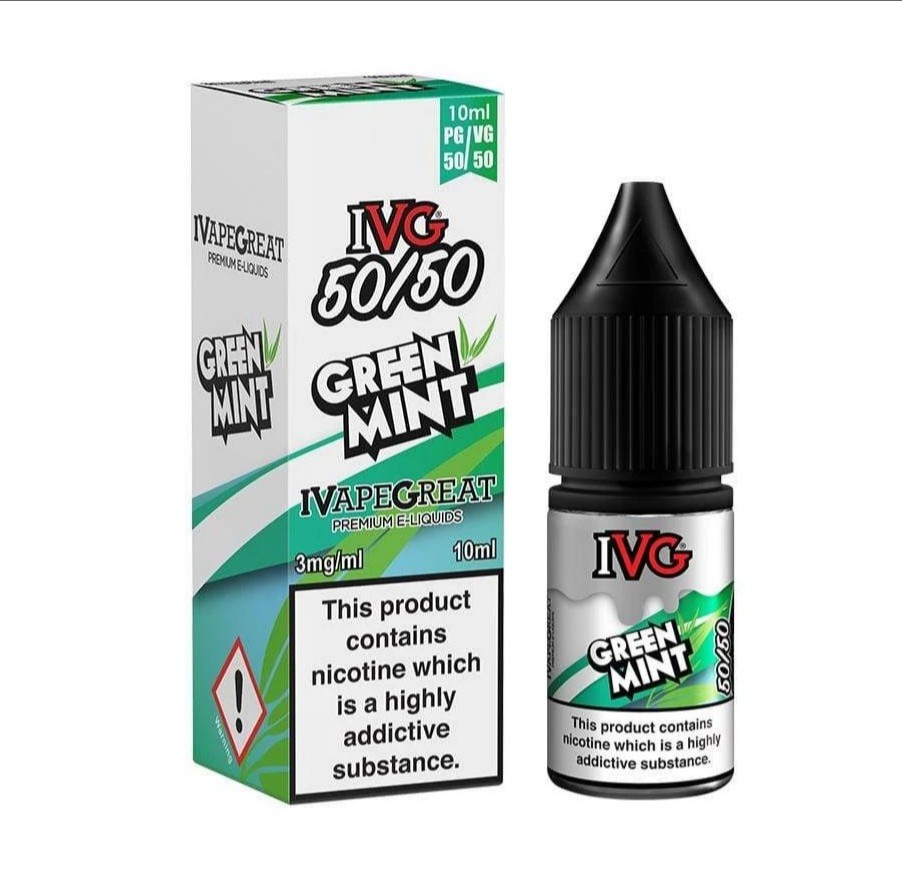 “Classic and memorable menthol flavour, simplistic and refreshing”
Straight from the first vape I really liked this one. It had more of a cooling punch than I was anticipating, but it was a nice surprise. It’s exactly as they describe, a really good, classic menthol with a great cooling hit which leaves a nice tingly sensation in the mouth. A very refreshing, smooth and lovely vape which will certainly cleanse the palette. So cool that the penguin equivalent of Steve McQueen enjoys Just Menthol with a martini. 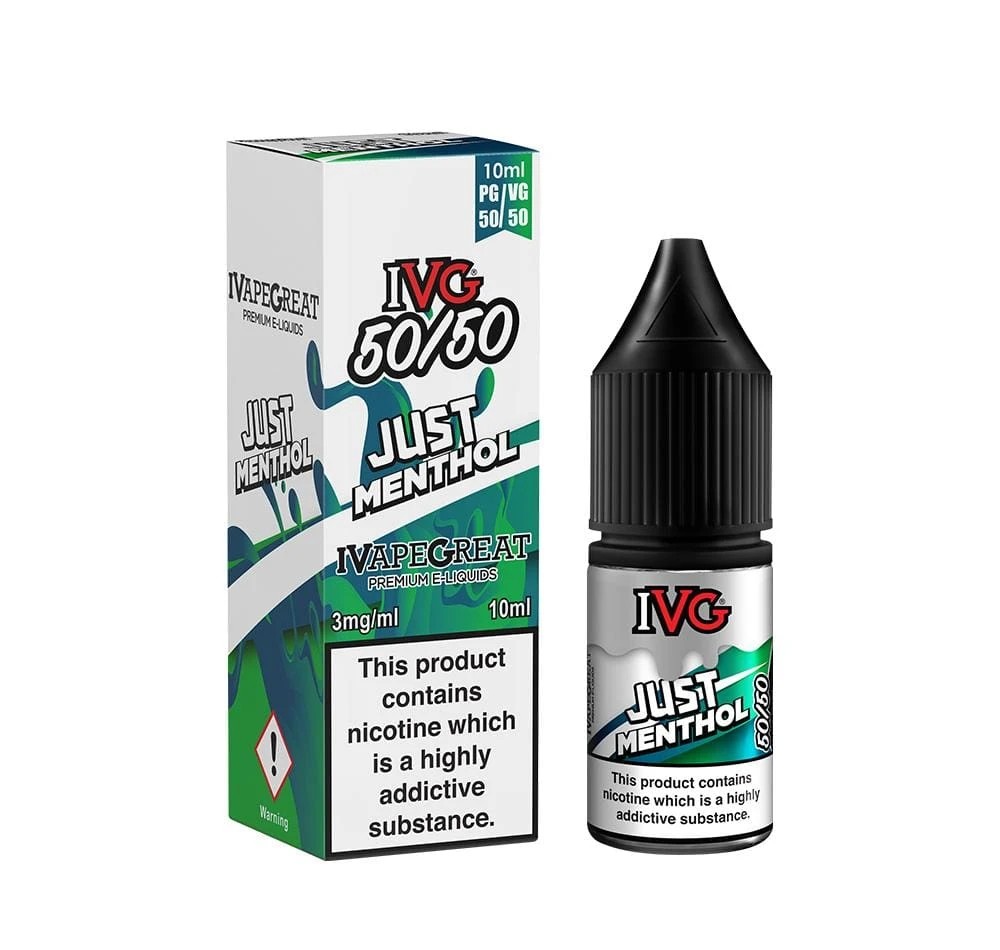 “Fresh punch of spearmint to tantalise your senses with a hint of bubblegum”
I’ve taken that description from the IVG website, but I think they may have got mixed up somewhere. The punch part is right though as vaping this feels like you’ve been punched in the throat by an ice cube! There’s a nice mint/menthol flavour in there as well but it’s so icy that the actual flavour almost gets lost and it ends up being ice with a hint of menthol. If you want an ice blast then this is definitely for you, and vaping it in a morning certainly wakes you up. I actually like Ice Menthol but even I couldn’t vape it all day. 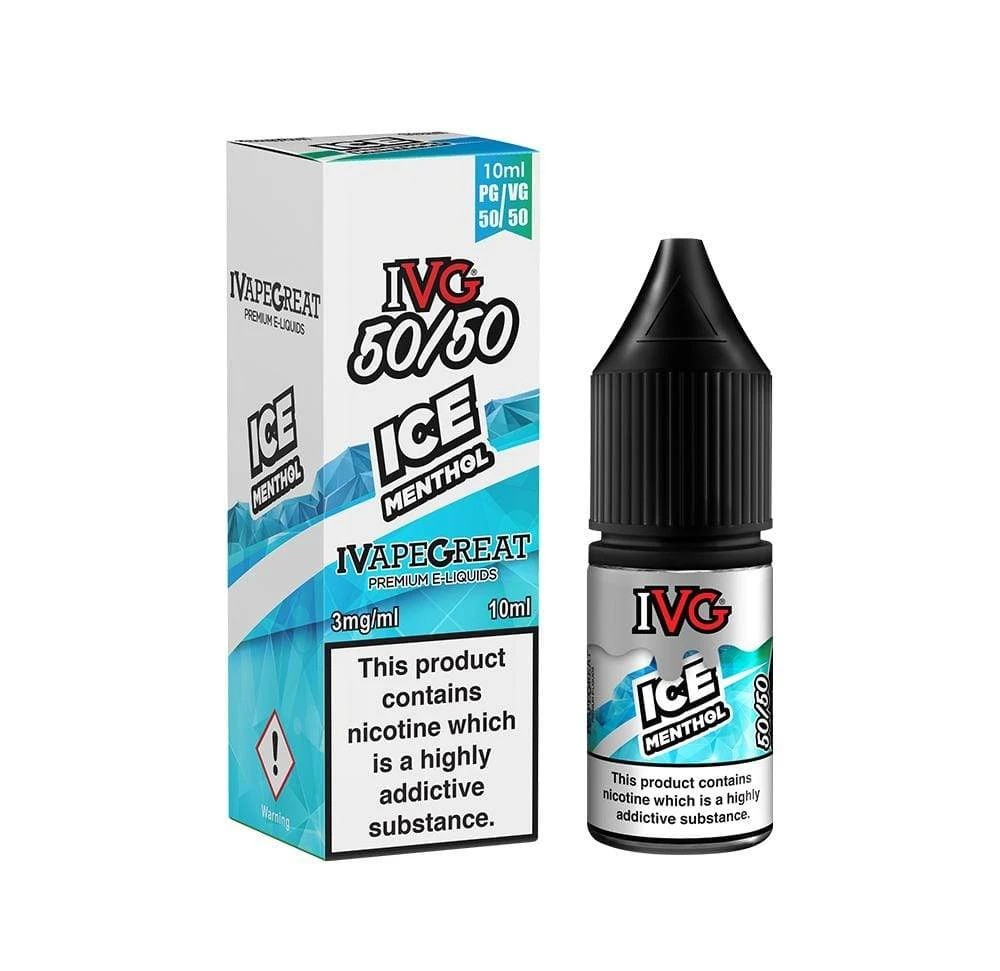 “Chilled menthol with an extra menthol and an ice touch”
Probably my favourite of all the e-liquids. It’s a swirl of menthol and spearmint with just a nice fresh cooling rather than any kind of icy blast. The flavours here work really well, and it’s smooth and refreshing whilst keeping that lovely spearmint flavour lingering in the mouth. I did an Antarctic survey and 9 out of 10 penguins would recommend Ice Menthol Salts. 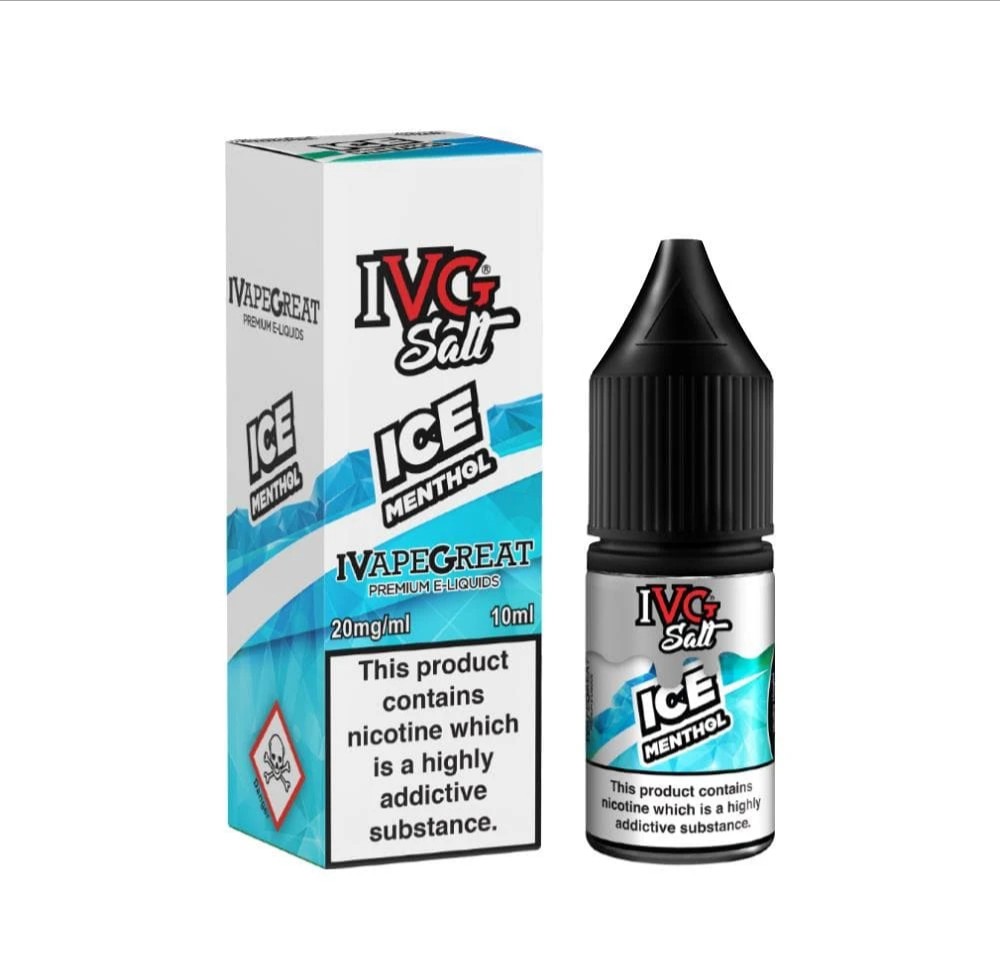 This was the one I was looking forward to the least as I am really not a fan of the Heisenberg style liquids. It’s definitely a Heisenberg flavour profile but with a bit of cooling added in which actually really compliments the flavour of the blue berries nicely. There’s plenty of flavour here, and the cooling adds a nice touch. This is not for me due to the flavour profile, but if you like fresh berry style liquids then I would recommend you try Blueberg Burst. 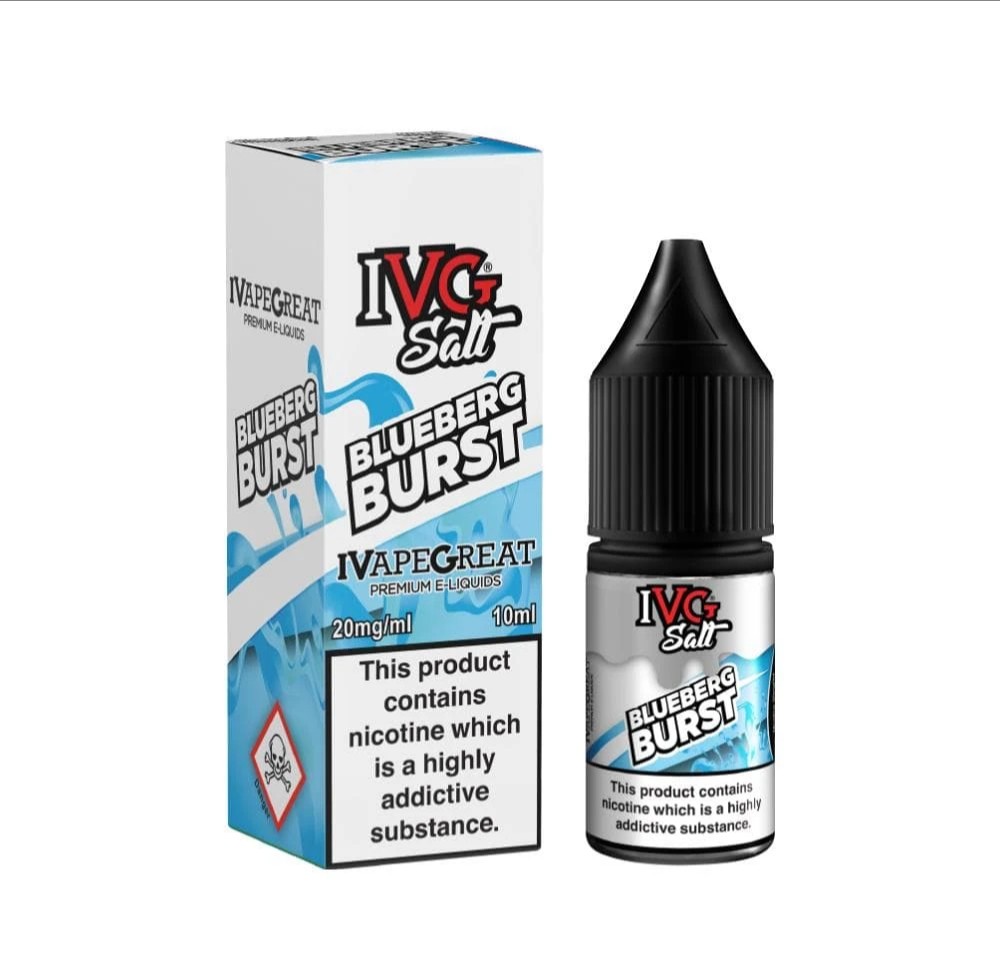 Overall I’ve been impressed with this range from IVG, and on the whole they seem to have got the balance with flavours and ice/cooling just right. These are not anything revolutionary and are not the most complex liquids you will ever vape, but if you like menthol/mint/ice then you can’t go wrong with these. The penguins say you should P…P…P…Pick some up. 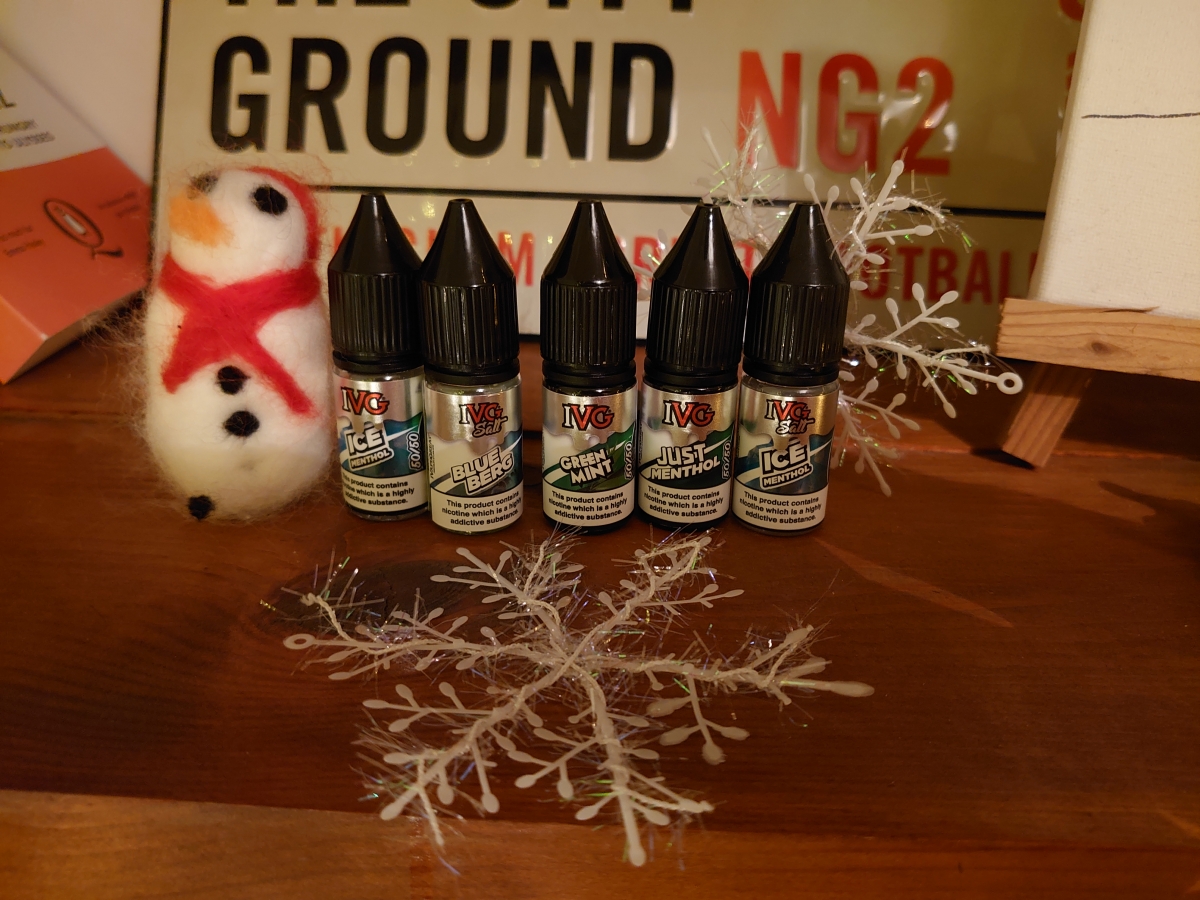