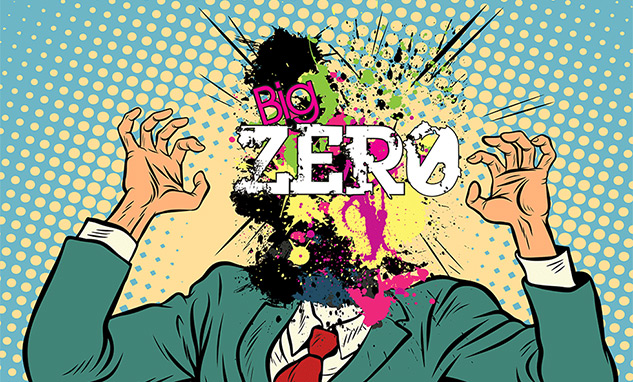 One of the largest and most well respected names within the industry, Colonel Boom's are back with a huge and exciting e-liquid range known as Big Zero, available in 50ml zero nicotine shortfill bottles and mixed to a 70/30 VG/PG ratio.

Big Zero follows on from Colonel Boom's massively successful Bang Bang Juice, Fallstreak and BLND ranges, and it features certain favourites from each of those three. The Big Zero range has been produced to the high standards Colonel Boom's use for their e-liquid production, which means that only the highest quality flavourings, VG and PG are used, and it is mixed and bottled within a custom made cleanroom environment. 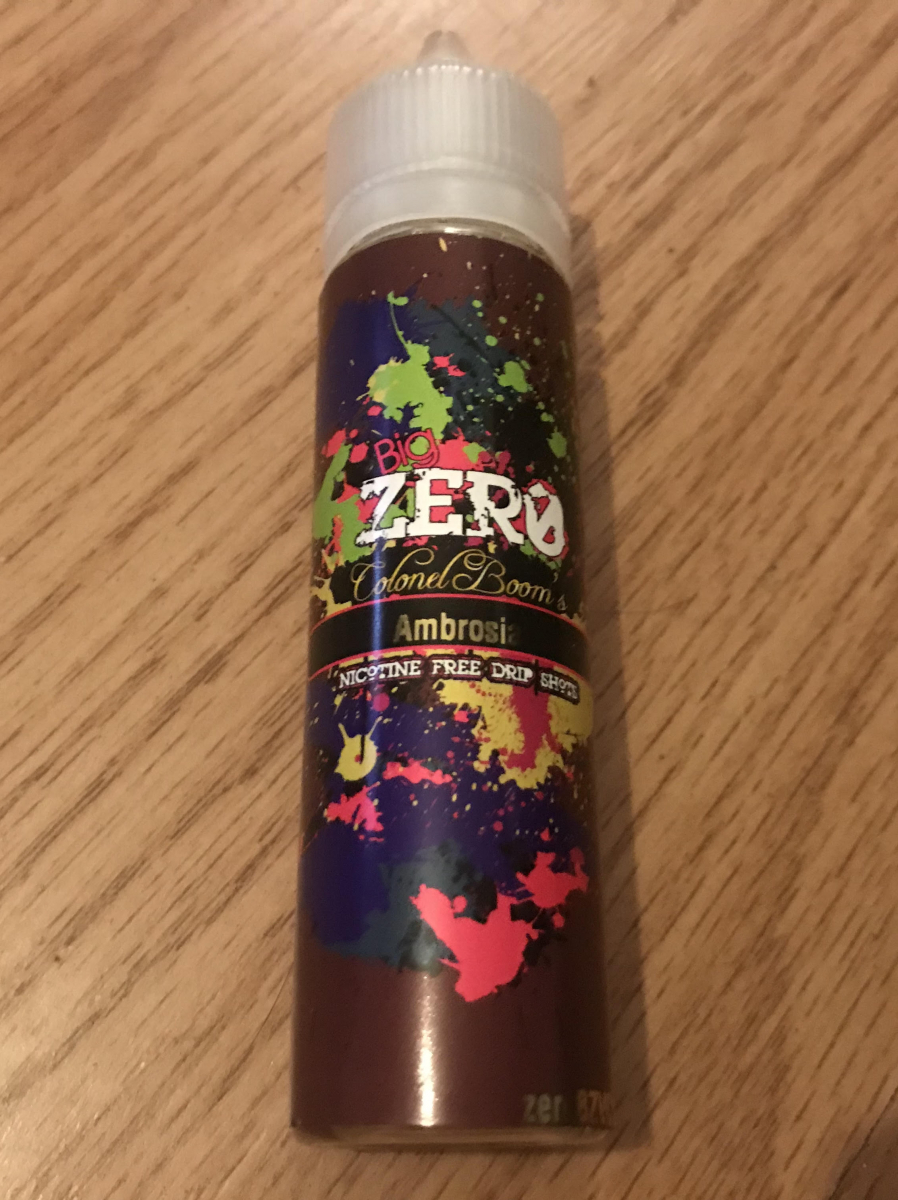 The custard to see off all others, rich and creamy ambrosia style with plenty of creamy mouthfeel and a whole load of different vanilla flavours to taste just like you got it from the can...

Ambrosia is based on 1837 from the Colonel Boom's range but with a few slight changes to the recipe, 1837 ranked as one of my all time favourite custard e-liquids, as it was one of the few custard e-liquids I have tried that actually replicated the true taste of custard. Ambrosia features a slightly sweet, creamy custard inhale with a deliciously smooth vanilla on the exhale. I was absolutely stunned by this custard, it really is that good, and as a custard fanatic I really could not get enough of this!

Ambrosia manages to capture the texture and taste of proper dessert custard, and I would say that this is a custard e-liquid that any self professed custard fanatic must try. I'd even go as far as saying as this is the very best creamy custard e-liquid that I have ever had the pleasure of trying. Bow down as there is a new king of custards in town. 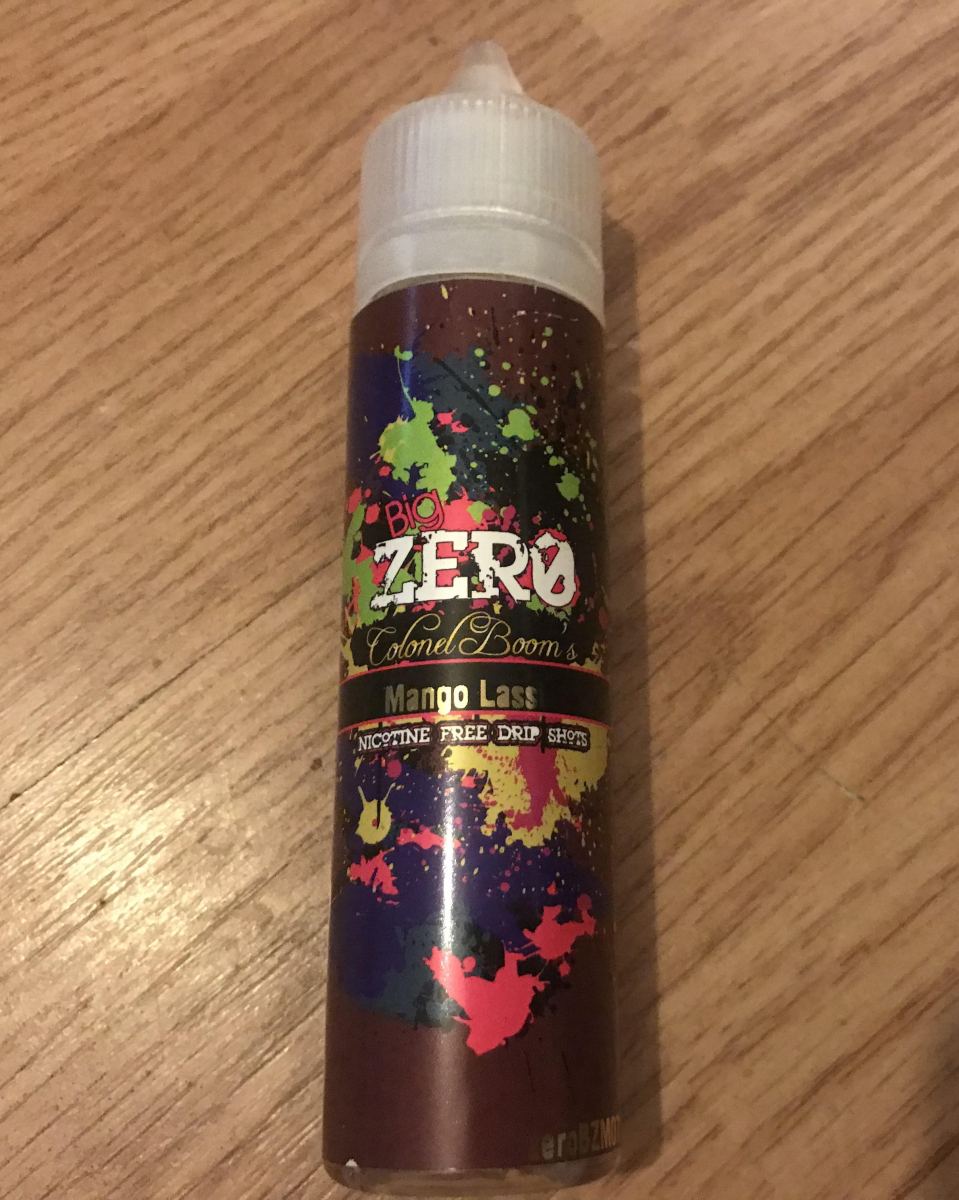 Tropical mango blended right over the top of a buttermilk and natural yoghurt base hits all the tastebuds with it's realistic flavour and slightly sour note at the end...

I first had the pleasure of trying Mango Lassi at Vapefest back in August last year, I had already tried a couple of very good quality mango based e-liquids that day but they didn't get close to the the quality that Big Zero Mango Lassi provided! From the moment I tried it I knew that I had an all day vape in my hands, I've been vaping a lot of mango e-liquids throughout 2017 but Mango Lassi is the one that really nails it for me.

On the inhale I get a lot of mango flavouring, perfectly sweet and realistic tasting, that doesn't get too overpowering. The mango flavour is followed up with a thick yoghurt at the end, that has a delicious mouthfeel and texture to it. It's just like a mango smoothie, packed with flavour and smoothness. 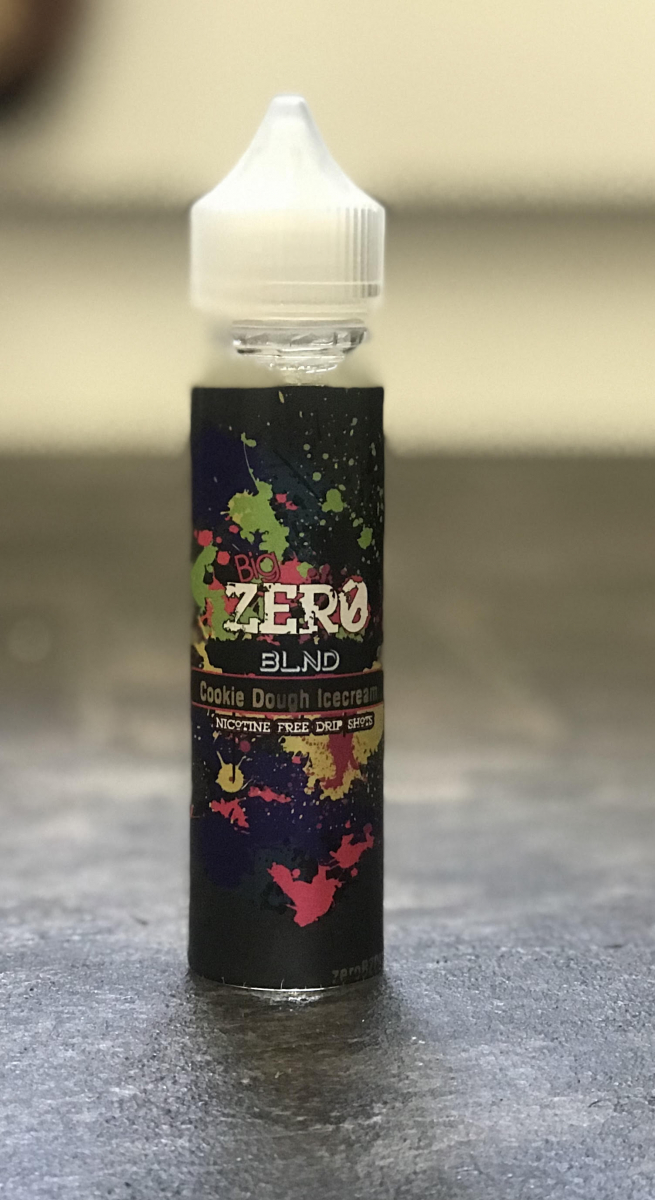 Satisfyingly familiar unbaked cookie dough with hints of chocolate mixed through a rich and creamy ice cream base. This has depth of flavour that could easily make it an all day vape...

The inhale of Cookie Dough Ice Cream featured a noticeable doughy texture to it, that was pleasantly light, and this mixes in with the taste of creamy chocolate chip. A thick and creamy vanilla ice cream undertone adds realism to this e-liquid, and this provides a realistic take on a cookie dough ice cream. A delicious dessert vape! 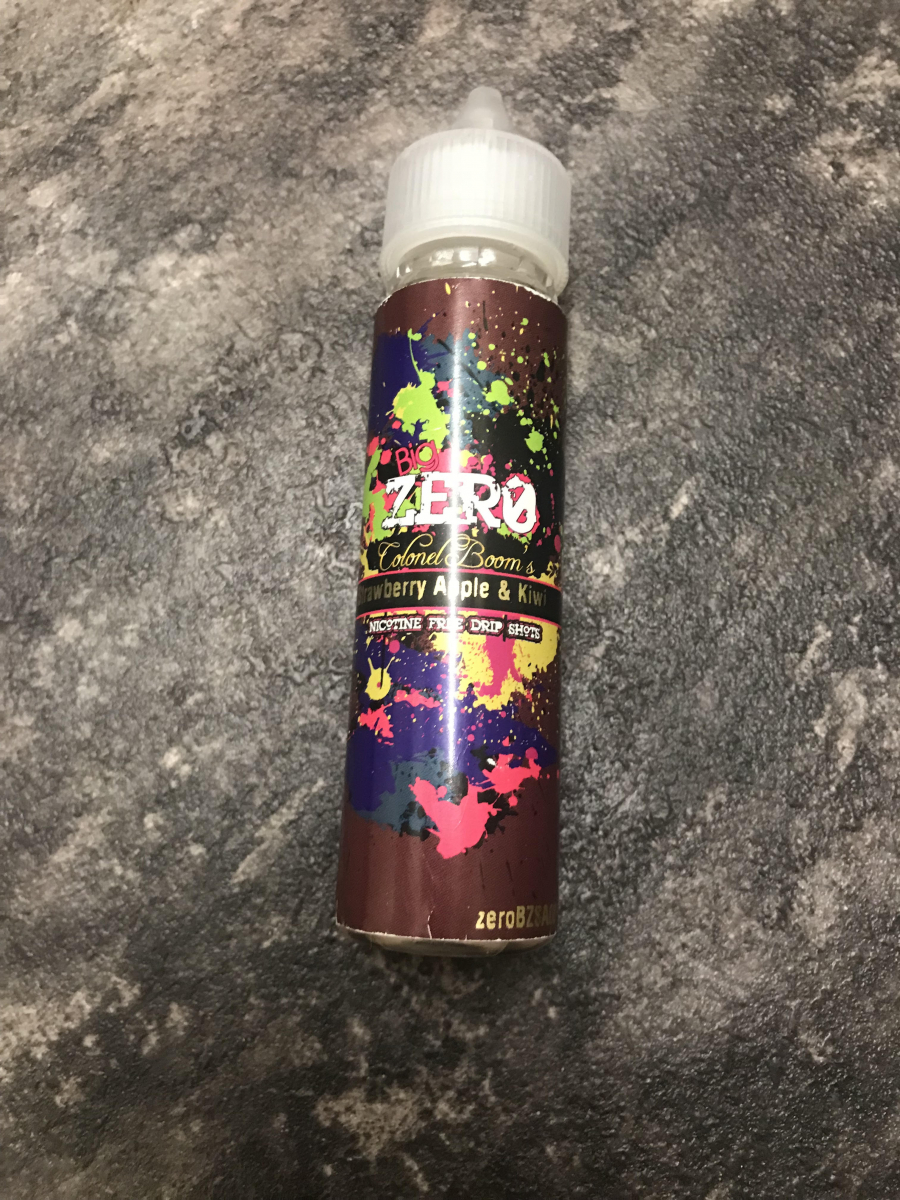 The original strawberry, apple and kiwi flavour and one that spawned a dozen copycats, All three flavours are perfectly balanced for big flavour, smoothness and a satisfying vape. Ceasefire ruled the ATJ review site for over two years as the highest rated juice worldwide with thousands of customers...

Colonel Boom’s Ceasefire was an old favourite of mine, I hadn’t vaped it for a while so I was pleased to find it present in the Big Zero range. It is a straightforward mix of three fruits, but it is done so well that it hooks you in almost instantly.

I get a beautiful sweet strawberry on the inhale, featuring a kiwi undertone, and a light apple finish, the three flavours combine so well together to provide a fruit lovers dream vape! 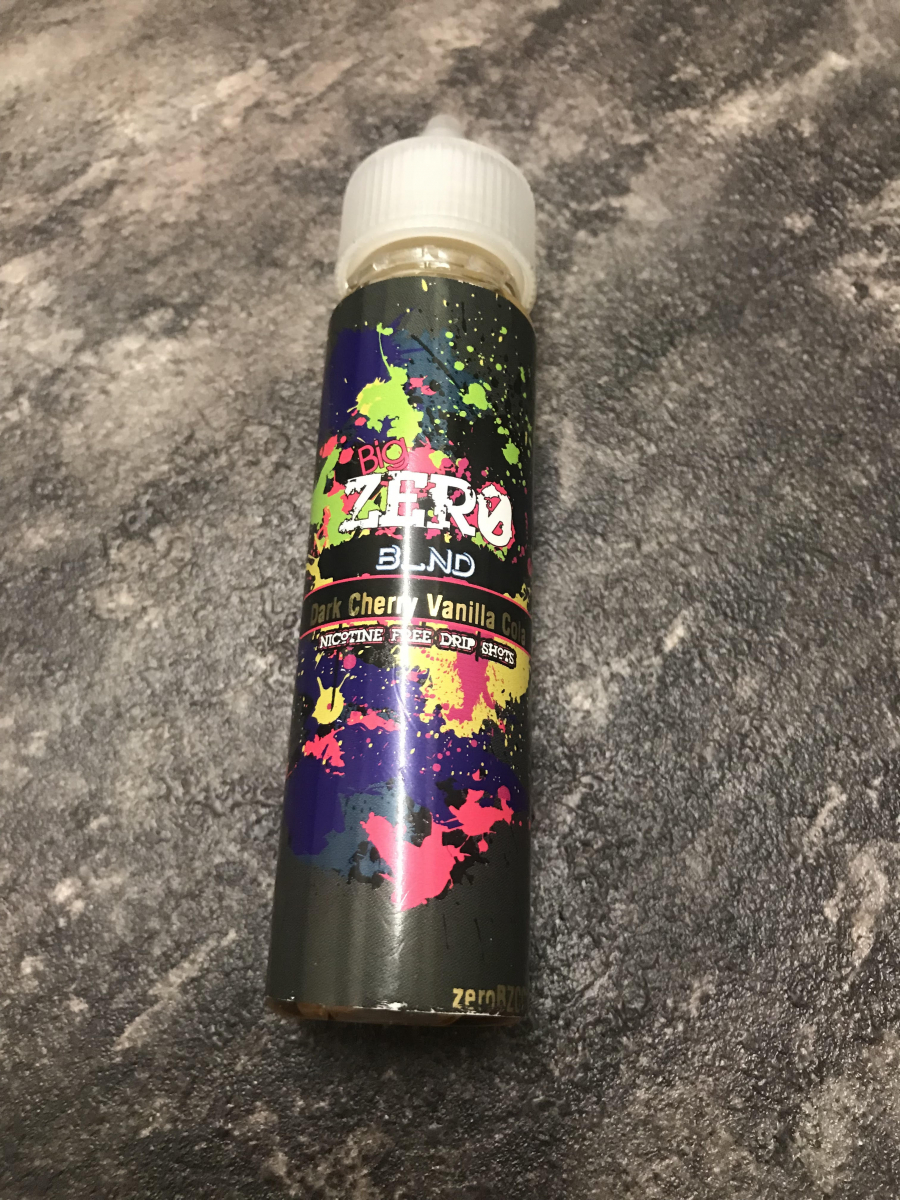 Based around a Cola drink that was around for a limited time, we took a stunning dark cherry and infused it into a finely balanced blend of vanilla's and cola...

Cherry Vanilla Cola is an e-liquid that took me by surprise, I’m not normally a huge fan of cherry however the dark cherry notes present here blend in perfectly with the vanilla and cola notes, making for a very refreshing and realistic tasting e-liquid! 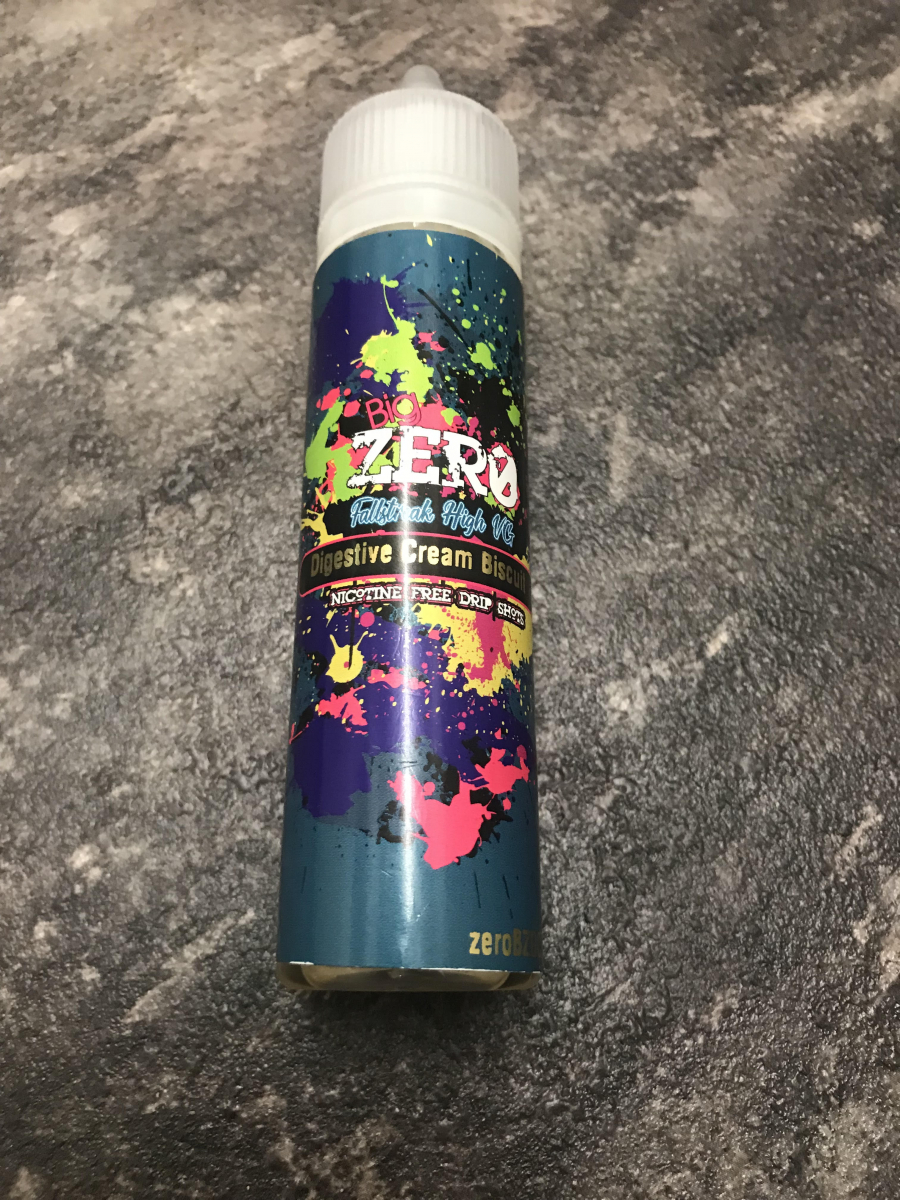 The perfect balance of bakery and creaminess, two layers of sweet digestive biscuit with a cream layer sandwiched within. Not as over sweet or sickly as custard cream vapes can become...

Fallstreak Virga was an old favourite of mine, however this became an unfortunate casualty of the TPD. I’m really pleased to see it become available again as part of the Big Zero range, and it’s just as good as it tasted before!

A frighteningly realistic digestive biscuit flavour is present, with undertones of generous dollops of cream. As I previously said about Fallstreak Virga, the flavour profile makes a pleasing change to the vast amounts of generic custard cream e-liquids on the market, and it’s an immensely satisfying all day vape for the dessert e-liquid fan. 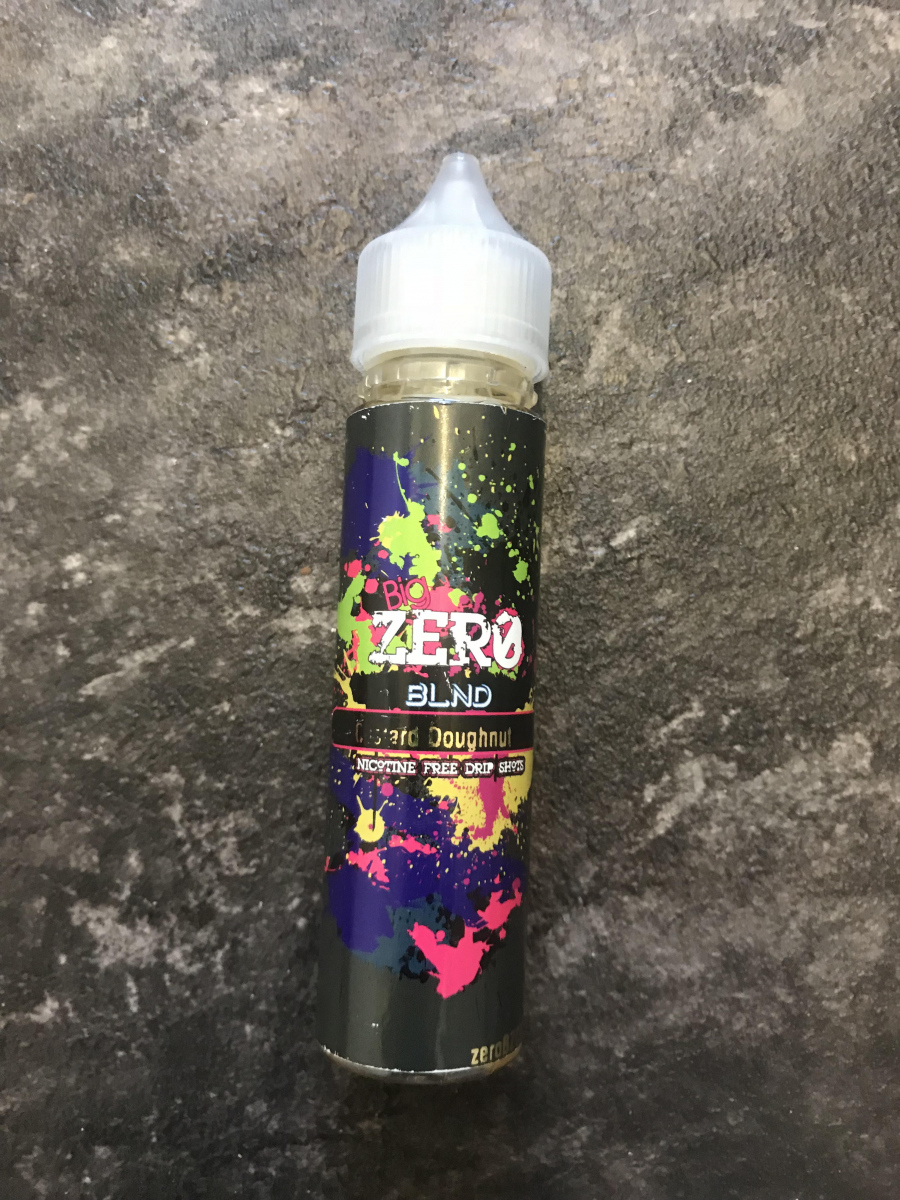 Fresh baked doughnut, a light frosting and then a rich and creamy vanilla centre makes Custard Doughnut a perfect all day vape. CuDoh from BLND was so well received that customers requested it be made into the pre-mixed range and here it is, pre-steeped and ready to use...

I get a delicious creamy vanilla custard flavour, much like what you would expect from store bought custard doughnuts, backed up with a robust doughy texture that gives the mouth feel of a doughnut. It’s an e-liquid that has been mixed to perfection, and is one of the very best custard doughnuts I’ve ever vaped! 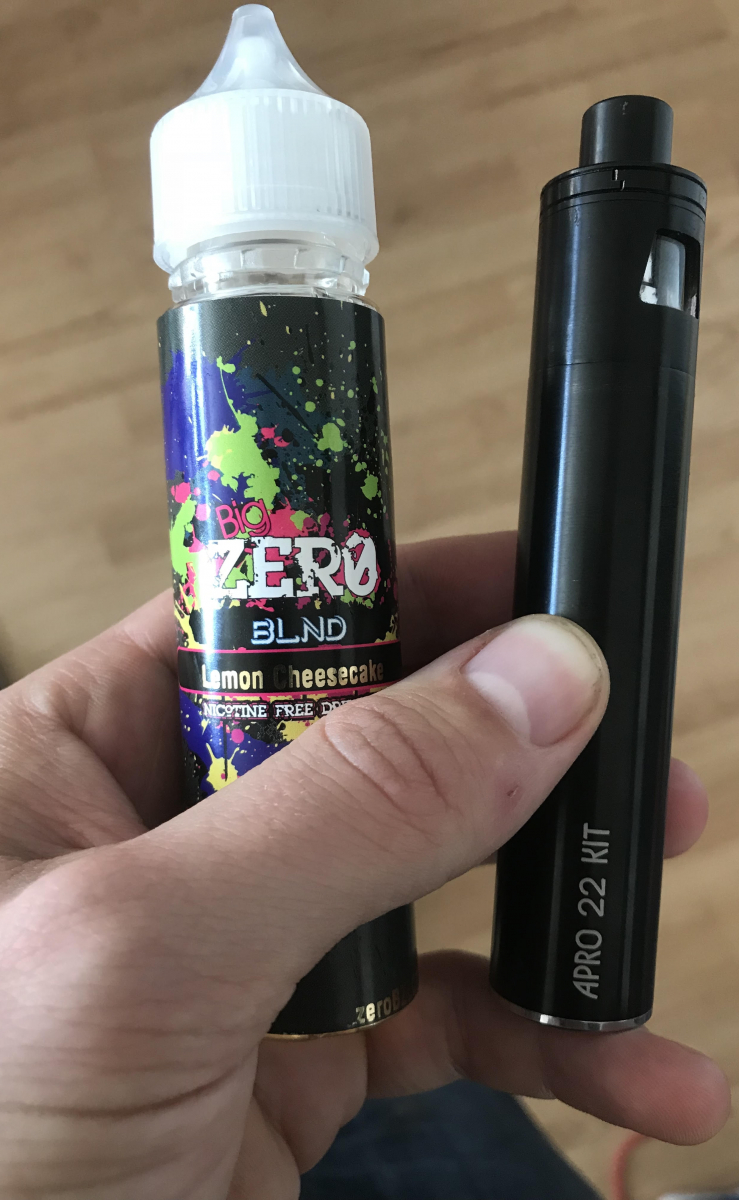 Sweet and zesty lemons with a hint of lime blend sit atop a delicious bed of creamy cheesecake filling and surround a bed of rich and buttery biscuit base...

Colonel Boom’s have previously done Lemon Cheesecake with their BLND TangCake concentrate, which is one of the few from the BLND range that I haven’t yet tried.

Lemon Cheesecake vapes are a dime a dozen within the e-liquid market, but Colonel Boom’s have absolutely perfected the flavour profile. The lemon sings around your tastebuds, with a touch of lime in the background, with a fluffy and creamy undertone and deep biscuit base. If you shut your eyes you could imagine yourself tasting a lemon cheesecake itself, such is the realism of this superb e-liquid! 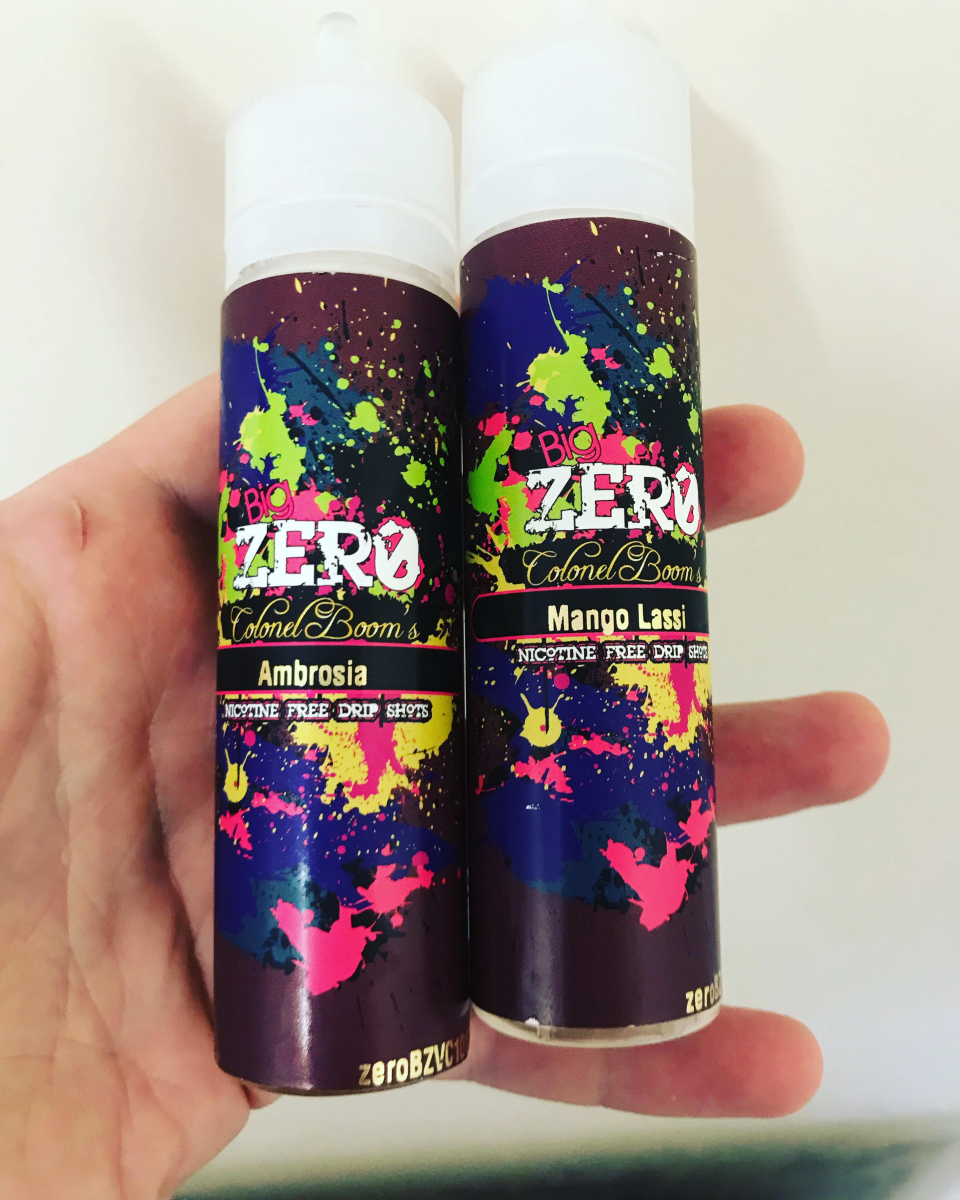 Both myself and my wife have been vaping Colonel Boom's e-liquids for a couple of years now, and there's a good reason why- they never fail to deliver on quality and customer service! The Big Zero range I have found to be an excellent new range from the Colonel Boom's team, featuring a mix of old Colonel Boom's classics and some improved upon old favourites. Best of all, as these come in 50ml shortfill bottles, you get a lot of premium e-liquid for your money. The e-liquids I have reviewed here are only a selection of the liquids on offer with the Big Zero range, there are many more available within the range, and knowing Leigh there will be more to come as well.

Ambrosia and Mango Lassi in particular have completely blown me away, these are two completely new flavours developed by the Colonel Boom's team and these have become my favourite custard and favourite mango e-liquid respectively. Both of these are two nailed on all day vapes for me, and I've already had to get more of both, as I've found them to be two e-liquids that will be a permanent feature of my daily e-liquid rotation for a long time to come. Hats off to Leigh and the Colonel Boom's team, Big Zero is quite a spectacular range of e-liquids!

Many thanks to Leigh from Colonel Boom's for providing me with Big Zero E-liquids to review, these can be purchased from plumeblu.co.uk - POTV readers can get 12% off all non-nic containing products using the code POTV12! Wholesale enquiries are also welcomed via the Colonel Boom's site.