The “Racketeer Influenced and Corrupt Organizations” Act (RICO) was used in a crack down on Sonny Barger’s Hells Angels, brought down the Lucchese Mafia family, crushed the Gambino organised-crime family, and resulted in Donald Trump making a $25 million out of court settlement on claims he misrepresented Trump University. This week, RICO featured in the fastest of frivolous vape class-action lawsuits.

Christian Foss is a 19-yr-old Park Ridge, Illinois resident who asserts he began vaping when he was 16. A shining example of how bad vaping is for the developing teen brain, Foss now attends university studying Political Science.

Foss used to be a member of Boy Scout Troop 76, following the code:

According to the American Scouting Service, the being “morally straight” means “to live your life with honesty, to be clean in your speech and actions, and to be a person of strong character.” 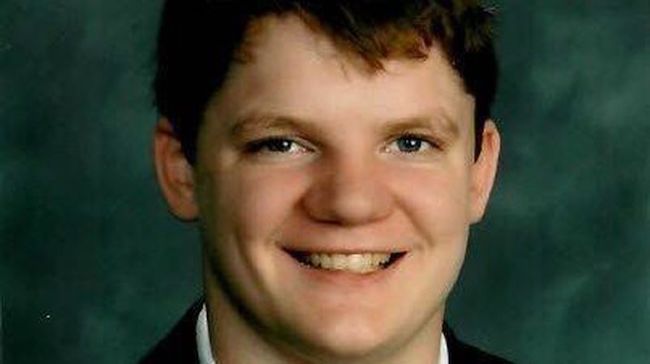 During his time vaping, Foss states he became addicted to nicotine and began to suffer from worsening asthma symptoms. This, he said, was absolutely the fault of JUUL Labs and its little pods. He, through his lawyers, attempted to make out that JUUL adopted tactics used by the tobacco industry and employed appealing ad campaigns aimed at children like him.

His $400 lawsuit, filed in the U.S. District Court in Chicago, stated that JUUL and Philip Morris had violated RICO as a result: “Mimicking Big Tobacco’s past marketing practices, defendants prey on youth for financial gain”.

The lawsuit claimed JUUL eliquid’s nicotine salts contain dangerous toxins and that JUUL covers up that there is over 30% more nicotine per puff than in cigarettes, and the company hides how addictive nicotine is. 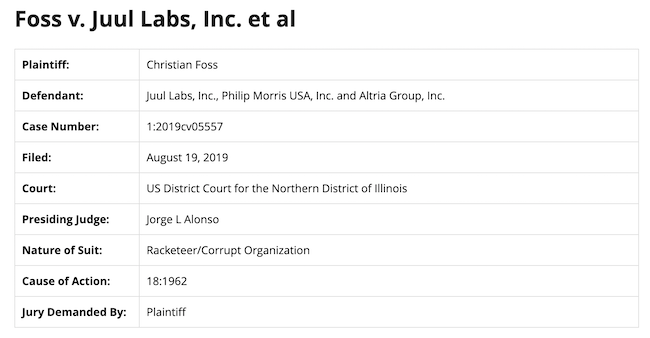 "This is a gateway drug,” he added while mentioning that his company was looking for others to join the class action.

JUUL’s Ted Kwong responded by repeating his mantra that JUUL has never marketed to children and that it is aimed at adults.

Then, just as the final pieces were being put together for the POTV article, Foss’ lawyer filed Foss a notice of voluntary dismissal – ending all further action on the matter.

Ken Moll didn’t reply to POTV’s email requesting details about why the case has been voluntarily dropped. Did Christian Foss finally remember what he was taught in Boy Scout Troop 76?

Meanwhile, the warm, fuzzy and cuddly JUUL Labs faces a plethora of other lawsuits; the Lake County State’s Attorney’s Office in Illinois filed one last week and a West Virginia woman filed a suit in Charleston. Sympathy for the pod company is rapidly ebbing away following its recent anti-vaping statements. 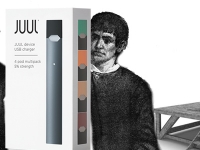 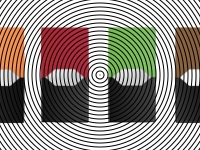