Scott Gottlieb is spending his remaining hours as commissioner of the Food and Drug Administration (FDA) launching a new volley of lies and smears at tobacco harm reduction. In a desperately gutless and immoral manner, Gottlieb ignores reason and evidence to accuse vaping of potentially triggering seizures in teenagers.

“We know that nicotine isn’t a harmless substance, especially in the developing brains of our youth,” says the FDA press release. A single rodent study is all Gottlieb has to support this claim.

The evil posed by vaping is wrapped up in a following statement that says they “include the possible release of some chemicals at higher levels than conventional cigarettes.” Not “do release”, not “proven to release”, but (after ten years of mainstream use) following millions of dollars of research funding still only ‘might’ release elevated chemical levels – and then only in dry burn scenarios.

“We recognise that in many areas, more information is needed to assess whether there are additional consequences to nicotine use, especially from the use of e-cigarettes, some of which deliver high concentrations of nicotine.”

Of course, the nicotine in nicotine replacement products is perfectly safe for use because it must be different from the pharmaceutical-grade nicotine used in vaping?

The logic is now being extended to vaping causing epileptic seizures. 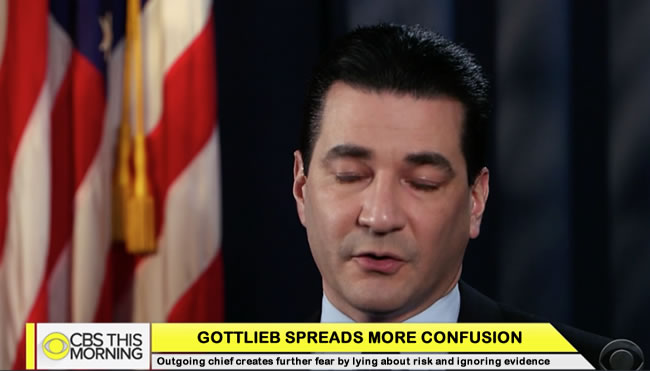 “The FDA has become aware that some people who use e-cigarettes have experienced seizures, with most reports involving youth or young adult users. Seizures or convulsions are known potential side effects of nicotine toxicity and have been reported in the scientific literature in relation to intentional or accidental swallowing of e-liquid.”

The FDA and Gottlieb provide no figures, no links to research, but Gottlieb advised the public today, during a media briefing: “Today, the FDA is notifying the public of a potential emerging safety issue. We have reports indicating that some people who use e-cigs – especially youth and young adults – are experiencing seizures following their use of e-cigarettes.”

“These cases warrant investigation into whether there is in fact a connection.”

Clive Bates responded: “Nothing here suggests these seizures are caused by vaping, represent an elevation compared to background rate, or are higher than among smokers.” He continued to say that Scott Gottlieb and the FDA are being “irresponsible and unscientific to do this without also looking the evidence on smoking and seizure risk.”

“The announcement refers to nicotine as a possible cause. The most widely used nicotine products are cigarettes. The FDA is responding to 35 seizures between 2010 and 2019 - is that a little or a lot? No space was available to mention the number of epilepsy or seizure sufferers in the United States: 3 million adults and 470,000 children.” 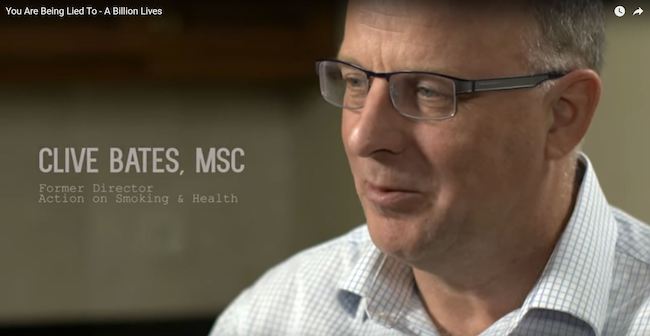 The American Vaping Association’s Greg Conley said: “While any and all potential risks should be investigated, this release by the FDA is incredibly irresponsible. There is absolutely nothing to suggest that these seizures were caused by vaping. With more than one percent of US adults suffering from epilepsy or seizures, it would actually be highly unusual if zero consumers of a product used by millions of adults over the last decade reported suffering a seizure.”

"Two pharmaceutical nicotine products -- Pfizer's Nicotrol inhaler and GSK's Nicoderm CQ patch -- are linked to essentially the same number of seizures over a similar period of time. Yet, there is no glossy FDA press release designed to scare the public into believing that using a pharmaceutical quit smoking product could cause them to suffer seizures. It is only vaping products, which are rapidly eating into the profits of GSK and Pfizer, that receive this absurd and unscientific treatment.”

"The fear mongering from the FDA is only going to get worse from here. We are now less than two-and-a-half years away from the FDA requiring every vaping product on the market to retroactively undergo what the agency calls 'premarket' review. Due to the sky-high costs and lack of guidance from the FDA, we estimate that over 99 percent of products on the market today will be banned after these applications come due in August 2021.”

"In a post-Gottlieb world, FDA will have to defend themselves against members of Congress asking how they can justify eliminating tens of thousands of American jobs. The only way they can do that is with a misinformation campaign."

Scott Gottlieb leaves his role on Friday and attempting to whip up further fear about vaping typifies his woeful time in the job. He has ignored evidence, fabricated fears by manipulating data and been complicit in a prolonged campaign designed to engineer a vape ban – from which lives will be lost and pharmaceutical companies will benefit. This has been an exceptionally inglorious exit. 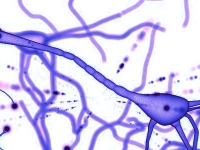 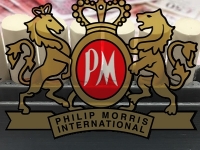 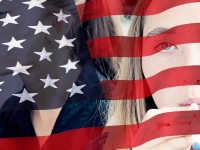