Switzerland made a quick response to the growth in popularity of vaping – and that was to crack down on it. Swiss smokers have struggled to access liquids and had to be prepared to cross borders to hunt out products. Finally, thanks to a court decision this week, the country is being forced to accept that electronic cigarettes are here to stay. 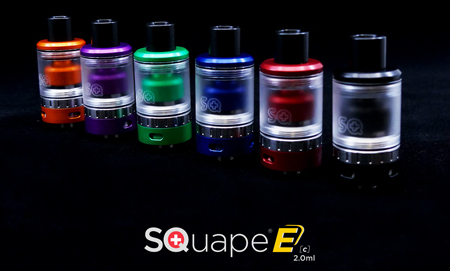 It seems exceptionally off that the home to Squape, one of the world’s most well-known atomiser companies, should be anti-vape, but nicotine was banned and smokers faced an extra hurdle if they wanted to switch to a safer alternative.

Just as Europe, and especially the UK, was switching onto ecigs in 2013, Switzerland banned vaping from all public transport. A spokesperson for the Public Transportation Union said the measures had to be taken because they couldn’t tell the difference between a burning cigarette and a sweet-smelling metallic vaping device.

Vaping was ‘tolerated’ at the time but opposition grew in the coming year. Self-appointed experts spoke against vaping throughout 2014; calling for bans to be extended. Despite a positive study from the University of Lausanne, lung specialists wanted tougher measures taken. The sale of nic-free products was allowed to continue but vapers had to seek out nicotine-containing juices from abroad.

For a nation that is dedicated to clean air, there was a disgusting smell in the air in 2016 as vaping remained restricted yet Philip Morris were allowed to open an iQOS flagship store in Lausanne.

A spokesperson for the BASS institute said: “The ban on the sale of e-cigarettes containing nicotine is puzzling because traditional cigarettes, which are probably more harmful, are permitted.” Ironically, Switzerland is also in possession of one of the world’s largest pure nicotine supplies.

Not quite that puzzling when one factors in that Philip Morris has a head office in the country (where smoking kills 9,500 people a year). It contributes to a situation where 28.2% of the population smokes, 68% higher than the United States.

Currently, according to estimates, 0.7% of the Swiss population use e-cigarettes, which equates to around 60,000 people. This number has remained relatively static for the last five years but could be set to change.

InSmoke’s Stefan Meile, the company that brought the case to court, said that it would be an important signal to the Swiss government. In turn, a government spokesperson said that they were going to legalise the sale of nicotine liquids anyway.