Self-proclaimed experts at St George's University of London have carried out a research project looking at the beneficial aspects of exercise to smokers. They believe that workouts offer a twin-forked benefit of providing defence against dependence and also aid in fighting off withdrawal side effects. 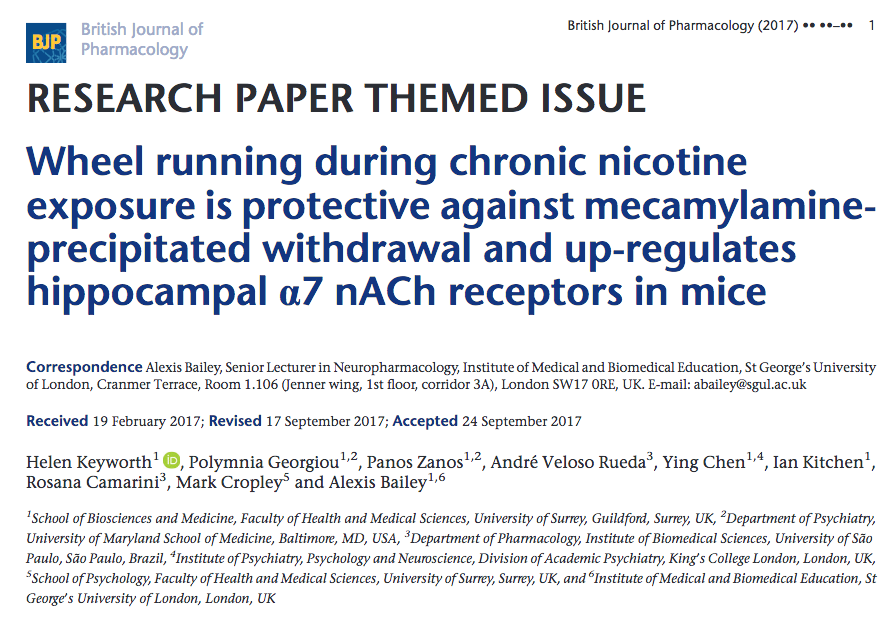 From the off, the team ignored the documented results of vapers the world over, focussing only on the prescription nicotine replacement therapies: “More than 50% of attempts to quit smoking in the UK are not successful, which is thought to be at least partly due to the limited efficacy of the substitution pharmacotherapies currently available.”

The team used mice to investigate a link between addiction and exercise, with runs on the wheel being automatically monitored. They then extrapolated the findings to predict that humans would operate in a similar fashion.

They write: “Evidence suggests that exercise decreases nicotine withdrawal symptoms in humans; however, the mechanisms mediating this effect are unclear. We investigated, in a mouse model, the effect of exercise intensity during chronic nicotine exposure on nicotine withdrawal severity, binding of α4β2*, α7 nicotinic acetylcholine (nAChR), μ-opioid (μ receptors) and D2 dopamine receptors and on brain-derived neurotrophic factor (BDNF) and plasma corticosterone levels.”

Mice were injected with nicotine or saline and, from the noted exercise regimes, the group claim in a press release to have discovered that even moderate intensity exercise markedly reduces the severity of nicotine withdrawal symptoms. The team state that nicotine-treated mice that were undertaking two or 24 hours a day of wheel running exercise displayed a significant reduction of withdrawal symptom severity compared with the sedentary group.

Dr Alexis Bailey, Senior Lecturer in Neuropharmacology, at St George's, University of London, said: "The evidence suggests that exercise decreases nicotine withdrawal symptoms in humans; however, the mechanisms mediating this effect are unclear. Our research has shed light on how the protective effect of exercise against nicotine dependence actually works." 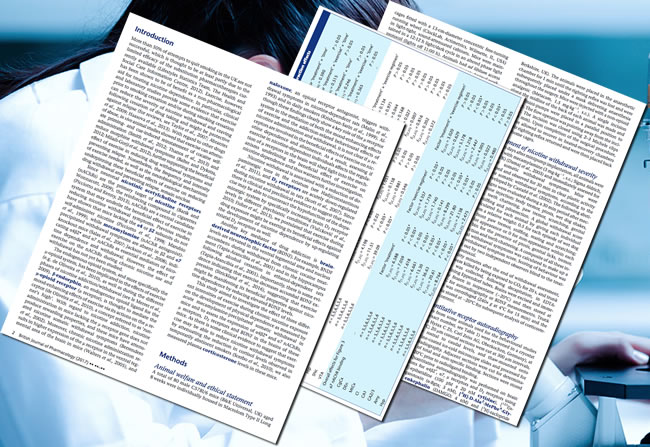 The research, published in the British Journal of Pharmacology, showed there was an increased activation of a type of receptor in the brain called α7 nicotinic acetylcholine, which is a target of nicotine. The findings support the protective effect of exercise preceding smoking cessation against the development of physical dependence, which may aid smoking cessation by reducing the severity of withdrawal symptoms.

What has been left unstated is that many smokers find themselves unable to exercise in order to promote quitting, and find their breathing only begins to return to normal after they have switched to vaping or gone cold turkey. While the study offers interesting insights it fails to address the actual problems of quitting.