British American Tobacco (BAT) is currently working hard on improving its image in the media and with the general public. It is also keen to develop better relations with researchers in the scientific community and, to that end, is offering up a wealth of support to those who may wish to study healthier alternatives to smoking. Such actions will forever be tainted in the eyes of some.

It is possible that they are going to great pains to describe simple puffing machines as “robots” because there’s an allusion to them being programmed to be honest and truthful? What is skipped over is that they didn’t measure vapour from a range of products, just BAT’s new Vype ePen.

Dr James Murphy, BAT’s Head of Risk Substantiation, attempts to explain the results in a press release: “'It may seem counter intuitive that the aerosol that delivered the most mass had the least impact, but it's about what that mass represents.” And what they believe it represents is a safer product, in line with the Royal College of Physicians report.

What the study represents is another push for respectability, a claim for a healthier product and an extended hand to academic health researchers. Researchers who baulk at the idea of working with companies that come with the baggage attached to the tobacco industry.

This shouldn’t matter, according to an article in Forbes. In fact, the author Sally Satel believes researchers should be grabbing onto the funding offered up by the likes of British American Tobacco. She believes it would move our collective understanding of the relative safety, and potential dangers, of vaping along much faster.

“If researchers touched that funding,” she says, “instead of viewing it as a third rail, we could learn more about safer alternatives to cigarettes and discover new ways to save smokers’ lives.”

The trouble facing anyone willing to take money from Philip Morris is that their work will be tainted and they will be shunned by the wider community. We only need to cast our minds back to October, when The Telegraph repeated slurs against academics (who hadn’t even carried out work for or received money from Big Tobacco).

At the time, Karl Fagerström, one of those The Times accused of accepting tens of thousands of pounds from Big Tobacco, said: “My life’s work has been built on helping reduce the death toll from tobacco smoking. Yet The Times has portrayed me and my colleagues as hirelings of big tobacco. The Times has chosen to traduce our reputations.”

Despite Satel’s pleas, scientists will continue to avoid links to Big T money as to do otherwise would be being blocked from publication in a number of leading scientific journals. In the meantime, BAT are going to have to develop their army of vaping robots. 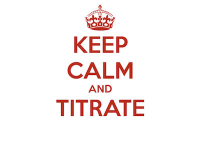 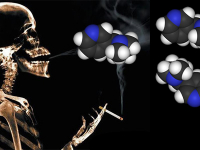