The Global Tobacco & Nicotine Forum (GTFN) is an annual event, begun in 2008, where the great and good of the tobacco industry meet for seminars, networking and to be educated. Recently, a lot of the content has been given over to vaping and this is set to continue this year. Unfortunately, some in America see this as evidence of Big Tobacco’s control over the new technology and want to see attendees abstain from going. 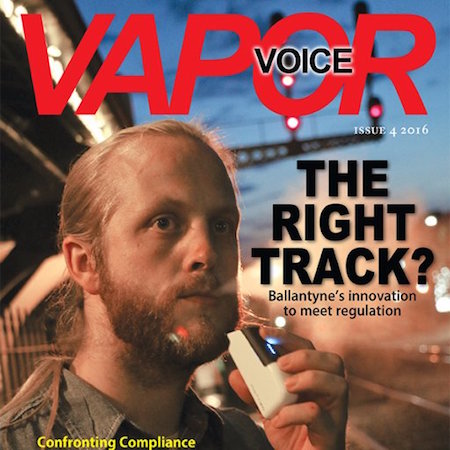 The theme for this year’s forum is Managing Transformation and, as the sponsoring journal writes: “It’s hard to exaggerate the magnitude of change that has taken place in the tobacco industry over the past decade…a new class of tobacco-related products has arisen, seemingly out of nowhere. Invented by non-tobacco people…yet, through acquisitions and in-house developments, they have become an integral part of the tobacco industry’s portfolio.”

It’s the level of Big T’s involvement that upsets and fuels the actions of the majority of those opposed to vaping. To be fair, it unsettles a number within the vaping community too. But there is a reasonable presence of those speaking on behalf of vaping, hoping to educate and inform. Speakers at the event include:

Consequently, the agenda includes some sessions highly relevant to vaping:

So it will come as no surprise that the staunchly anti-vaping Campaign for Tobacco-Free Kids and the European Network for Smoking and Tobacco Prevention are not fans of the event. What is amazing is that they have taken to writing an unsigned letter to a number of experts and academics demanding they withdraw from the conference. 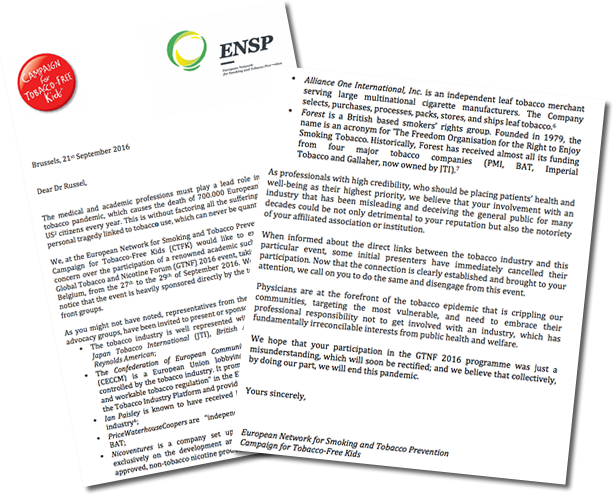 Clive Bates calls the letter’s contents “sneering”, “threatening” and “vacuous”. He explains that there is a valid reason for non-tobacco company employees to attend and the reasons include advocacy for harm reduction, to interact with other professionals and to inform future decision-making.

Dr. Konstantinos Farsalinos adds on his blog that “dialogue is an absolute necessity” and “secrecy, censorship, exclusions and intimidation are not only useless but dangerous.”

Writing on the Forbes website, Sally Satel paints the organisations as “shameless” for their letter’s attempts to censor researchers.

Neil McKeganey and Christopher Russell explain on the Nicotine Science and Policy website that they, and others the letter targeted, “believe that major progress in reducing the global prevalence of tobacco smoking, and associated health harms, can be made by engaging in debate and discussion with the tobacco industry. The goal of this engagement is to encourage the tobacco industry to commit to a future of innovating reduced-risk nicotine consumer products that are substantially less harmful than combustible tobacco products and ultimately lead to the end of tobacco smoking.” 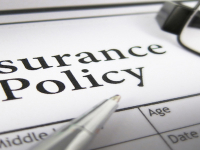