There isn’t much you can say about the Voopoo Drag series that hasn’t already been said before. The Drag 2 was the long awaited follow up to the very successful Voopoo drag but Voopoo brought along another surprise on release, the Drag Mini. Boasting the same chip-set as the bigger version but with a reduced size and internal battery, the Drag mini is a very interesting device. Since then Voopoo released their exclusive Platinum range, providing better quality paint and a much nicer look. So today we will take a look at the mini version of the Drag 2 Platinum and see if it holds up compared to its bigger brother.

About the Voopoo Drag Mini

The Drag Mini Platinum is the small version of the Drag 2 platinum that boasts the same chip-set at a reduced size. The size difference in actual fact is 7mm in height and 3mm in width, which makes a big difference overall. The mod comes with all the features that the Drag 2 provides with side screen, round fire button with two small navigation buttons, usb port and resin panel design. The chip-set is the Gene.Fit which provides many of the same options as the Drag 2. Three clicks of the fire button takes you into the menu and five clicks shuts the device off. Into the menu, it has several power modes including the VW standard, SS, NI and TI. There is also the FIT options which provide either better clouds, flavour or standard vaping if you so wish to use them. The battery is a massive 4400mAh internal battery which is charged via the USB port on the device. It has the 510 threading on top with only enough room for 25mm atomisers due to the smaller build of the Mini. 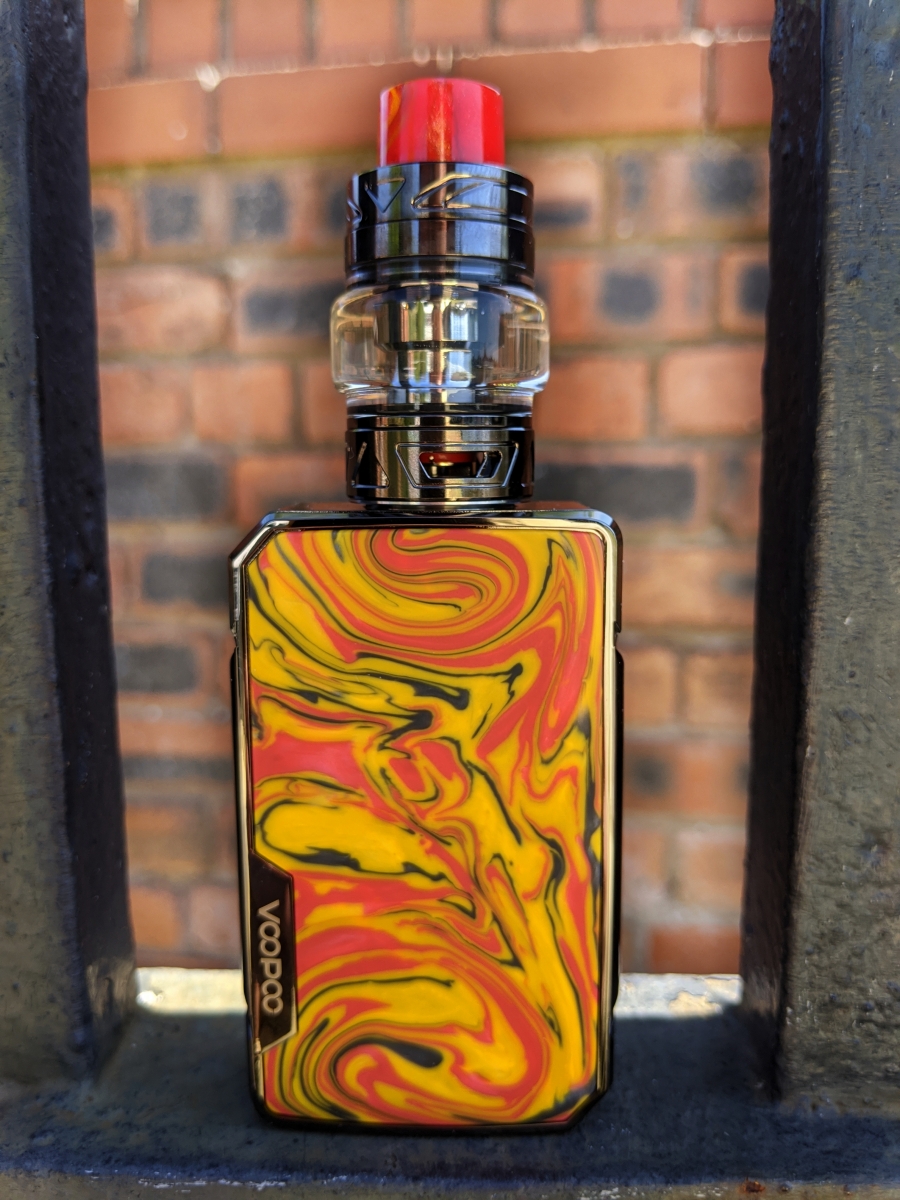 Coming from a Drag 2 user in the past, the mini version hopefully would be the device that replaced its bigger brother for me as a work mod. Having had hands on with this little device, the biggest thing I can take away from the experience so far is that the mini potentially matches (and improves on the original). Before I get ahead of myself I will start with the pros.

The first pro from this device is the size difference from the full sized version. Although not lighter, the device fits into your hand much easier than ever before. The mod is big enough to house a standard tank on top (it comes with the UForce 2 tank) without any overhang, and the device overall just feels comfortable with the rounded edges. Drag 2 users will rejoice that the loose battery door is none existent so the overall experience is how you would expect.

The looks of the device are beautiful, with the resin style colour design one side and the shiny coating of the drag logo on the other. I am not a big fan of having drag there but reflect it in the light and all you see is gleam. Combined with this, the coating gives the device wonderful wear and tear with mine getting plenty of use without any scratches or marks. The U Force tank colour matches the drip tip to the resin so the overall design is stunning.

Battery life on the device at 4400mAh is one of the biggest on the market, which attributes to the weight of the device. However without heavy use, it will last you all day easy, with convenient USB charging. The menu system is simple to use and the swap between FIT and Temp control makes sense compared to the former which felt mis-ordered. Buttons are responsive and clicky and the screen is nice and bright.

The first one being that I would have preferred the device to come with a 2amp fast charge rather than a standard one. I found that charging the battery via usb port it takes around two hours from empty to full. Having that fast charge to cut the time in half would have made it even better. Additionally to this, a USB C connection would have been even better, but this was released before that became almost standard.

The next con comes from the battery life as it carries the Drag 2 inaccuracy unfortunately. The Drag 2 displays more battery than it does under 50% and this is the same, with two bars being almost empty on the mini platinum. So my advice is to charge it before it hits empty if you plan to use it further.

The final con is the slight raised 510 plate on top that some people may have an issue with. It is similar in the Drag 2 and the very slight raising is noticeable if you are looking for it, although no issues from the performance side of things. 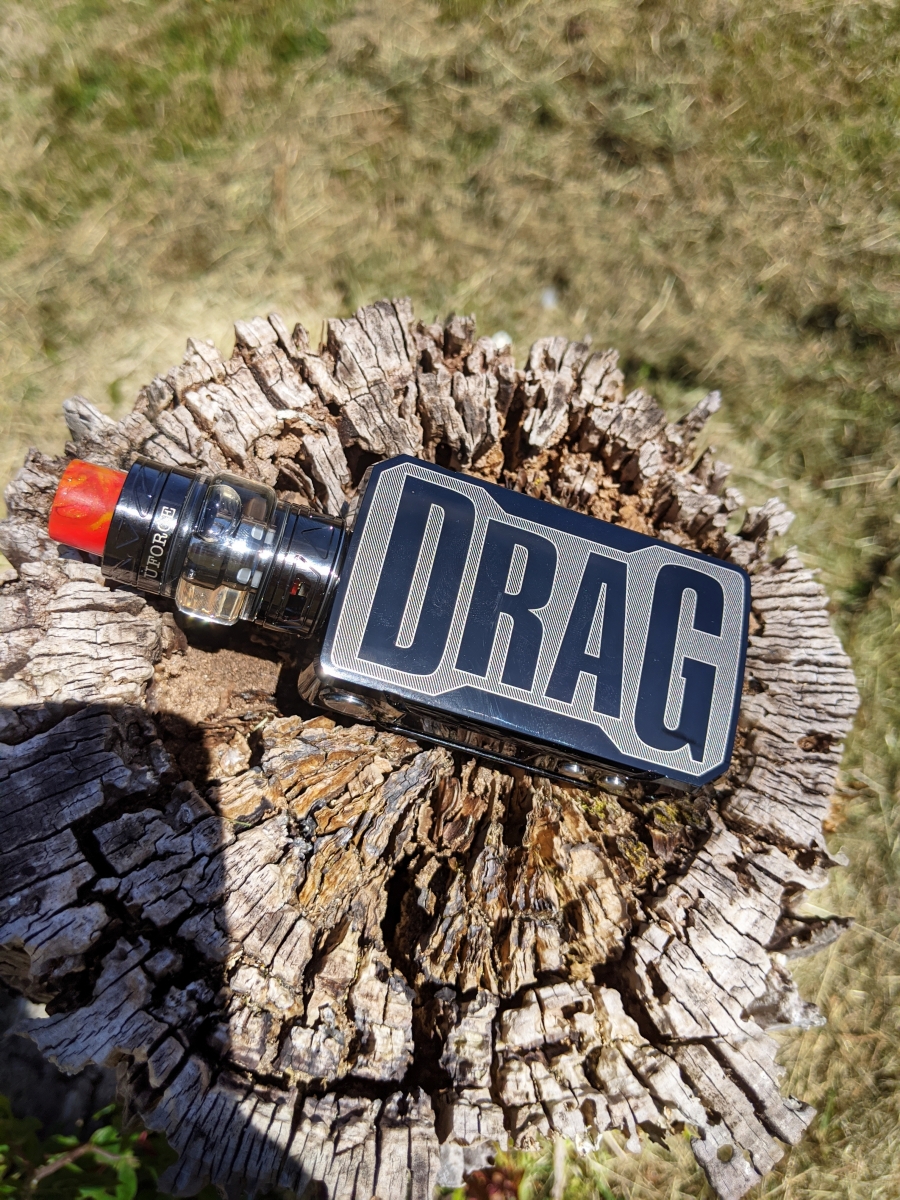 If you want a fantastic internal battery mod that combines looks and performance then the Drag 2 mini is a perfect choice, even now.  The device looks stunning, it performs brilliantly within its limitations and, best of all, it is a full blown kit in a smaller package. The Drag 2 Mini Platinum improves on the design of its original and, to some extent, outperforms the bigger Drag 2 at the same time. I would highly recommend this device if that is what you are looking for, with the price being as cheap as it currently is.

This review was provided to us by Sourcemore. 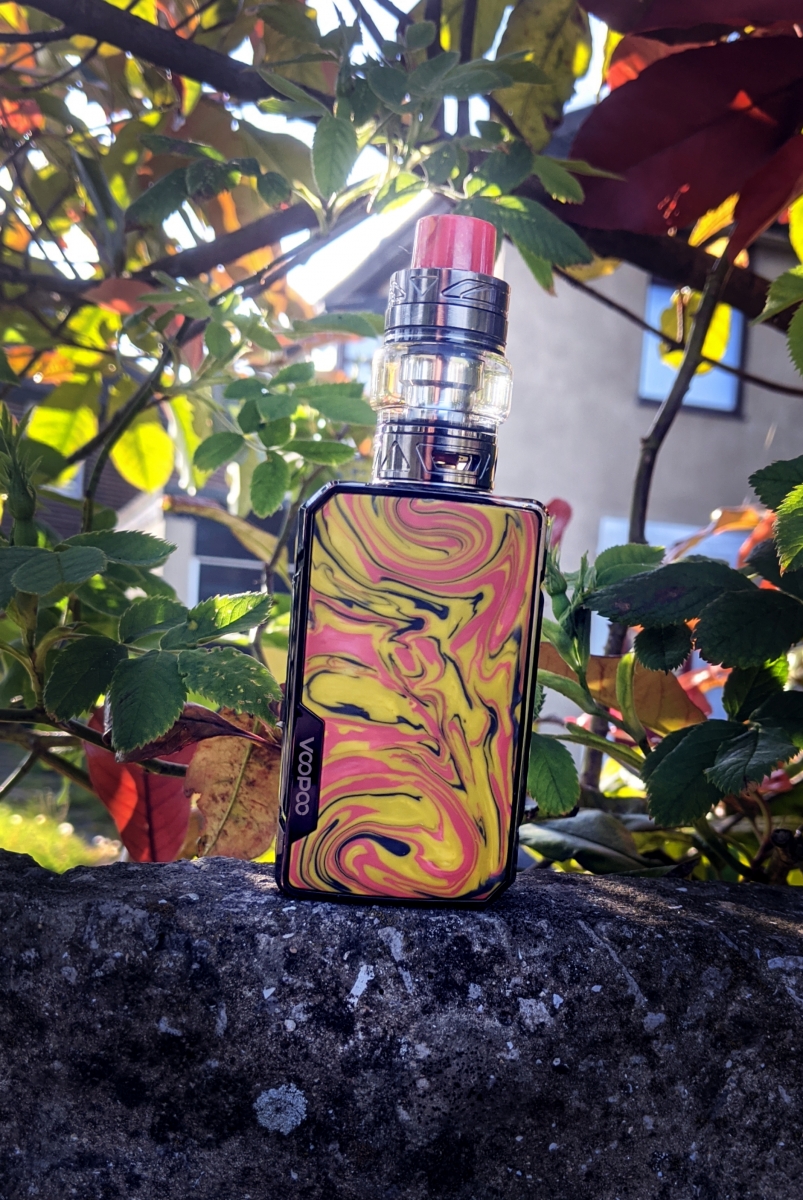