As reported by POTV last week, the Indian government is pushing through a vaping ban by using an executive order. Leading experts and advocacy organisations, like the UK’s New Nicotine Alliance (NNA), from across the globe have written to point out the facts about vaping and the idiocy of banning smokers’ access to reduced harm products.

The Indian government is claiming that vaping is a gateway into smoking and harm reduction is nothing more than a marketing ploy.

The draft executive order states: “The effect of electronic cigarettes in respect of smoking cessation has been evaluated across the whole world but with varying results, some in favour and some showing complete negative potential impact of e-cigarettes on smoking cessation.”

“The possibility of tobacco industry interference to tobacco cessation efforts through misinformation about the potential benefits of these products – which are presented as alternatives but in most cases are complementary to the use of conventional tobacco products – is a present and real threat.”

Its action is provoking swift and strong responses.

The NNA has written to the government to “express our concern” at the proposals. The charity is speaking from a position of authority having worked with Public Health England, the National Centre for Smoking Cessation Training, as well as giving evidence to UK government committees and All-Party Parliamentary Groups.

It says: “The proposal to ban e-cigarettes and heated tobacco products in India will prohibit far safer nicotine delivery products while leaving the most harmful – conventional cigarettes – as the only legal way of obtaining nicotine. Considering that nicotine use will continue amongst those who find it pleasurable or have a dependence, the only possible consequence would be to drive significant numbers of people away from proven safer products and towards the most harmful and to encourage a black market in these safer products.”

Here at home, the NNA continues, “attitudes have changed and harm reduction is embraced in the UK, leading to a substantial drop in smoking prevalence, which is currently 15.8% of adults, compared to 20.2% in 2011. This drop coincides significantly with the uptake of e-cigarettes and vaping is now the most common method used by UK smokers who wish to stop smoking. By banning safer nicotine products, India would eliminate this effect being experienced by its population and instead protect the sale of conventional cigarettes from less harmful competition.”

It highlights how, by embracing alternative nicotine products, smoking in Sweden and the UK is the lowest out of all the European countries.

“Tobacco harm reduction is consistent with the World Health Organization Framework Convention on Tobacco Control. The Convention supports harm reduction, stating: ‘tobacco control means a range of supply, demand and harm reduction strategies that aim to improve the health of a population by eliminating or reducing their consumption of tobacco products and exposure to tobacco smoke’.”

It notes: “India welcomed almost a million UK tourists in 2017 according to your tourist board, with many tens of thousands of them undoubtedly being people who use e- cigarettes. It does not seem wise to pass regulations which could theoretically see India criminalising UK tourists and perhaps even imprisoning them merely for making healthy choices as advised by the UK government.”

The New Nicotine Alliance isn’t alone; also addressing the proposed ban, Konstantinos Farsalinos, Atul Ambekar and Riccardo Polosa have written a white paper by, Clive Bates and Carrie Wade have sent a joint letter, Marewa Glover is drafting a submission and contact has been made by CAPHRA and Asian consumer groups.

The International Network of Nicotine Consumer Organisations has issued a call for its membership to also write to the Indian government. It says: “The draft act is draconian with significant jail terms and bars imports, sale, ads and even distribution of free samples. A ban in India will have significant impact in Asia, LMICs in general where the need is the highest and also globally.”

Addressing the government directly, Dr Farsalinos wrote: “India’s problem at present is the indiscriminate access to a wide array of tobacco products at a very affordable price. [Tobacco harm reduction] policies help prevent or reduce harm by promoting the substitution of combustible tobacco with less hazardous non-combustible sources of nicotine. [Tobacco harm reduction] strategies are aimed at smokers who find it difficult to leave tobacco dependence—something India could largely benefit from.”

He added: “India needs a comprehensive regulatory policy under which the registration of all nicotine products is through a transparent and clearly-defined process. Most importantly, any regulation should be evidence-based and risk-proportionate.”

The New Nicotine Alliance summarise: “In enlightened democracies, the direction of travel has been to relax regulations on harm reduction products based on the overwhelming evidence that they encourage smokers to switch away from the most harmful means of delivering nicotine, but instead the government of India’s proposals will protect the incumbent tobacco industry and prevent the Indian population from benefitting from reductions in harm which have been enjoyed in every country that has allowed these products to flourish.”

“We would encourage the Indian government to revisit these proposals and discard them in order to best honour their commitment towards the welfare and public health of its citizens.” 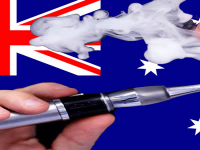 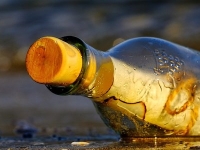 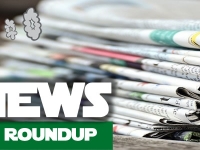