India has attempted to ban vaping but the national government was defeated in the courts. Instead, it advised states to implement their own bans as it continued its work to oppose tobacco harm reduction. Recently, POTV exposed how the government is blocking independent research. Now the Ministry of Health is lobbying for an executive order to ban the manufacture and sale of all vape products.

Executive orders tend to be used when the government is not in session and emergencies need to be addressed. To use it to control vaping means the Ministry of Health is admitting it has lost all legal arguments and has no other way to force through its ridiculous and undemocratic measures.

Reuters has reported that it has seen private departmental notes. According to the news agency, the Ministry of Health says: “E-cigarettes and similar technologies that encourage tobacco use or adversely impact public health are hazardous for an active as well as passive user.”

“There is evidence that these products are a gateway to tobacco products and induce adolescents and young adults to nicotine use leading to addiction.”

“These devices are injurious to health and proliferation of these products has a negative impact on public health.”

The statements fly in the face of research being produced in the United Kingdom. Moreover, the gateway myth has been debunked every time a country that legally allows vaping updates its annual smoking statistics – ecigs lead smokers away from tobacco.

This matters little to the Indian government that has enmeshed itself in a web of lies over the years. The Ministry of Health is proposing jail terms from one to three years and fines from 100,000 to 500,000 rupees (roughly £1200-5800).

If the government went down this path it would kill off JUUL Labs and Philip Morris’ plans to expand into India with their pod and heat-not-burn products.

Gujarat recently joined other states in banning products and implementing draconian sentences. Minister of State Pradeepsinh Jadeja justified the action, saying: “Already 12 states in the country including UP, Bihar, Tamil Nadu and Karnataka have banned e-cigarettes. Thirty countries across the world have also placed a ban on the same.”

"The COTPA Act was not applicable to e-cigarettes because it did not have a definition of the same. With the new bill we will ensure that the ban is effectively implemented.” 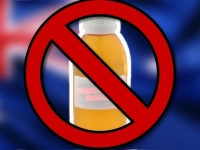 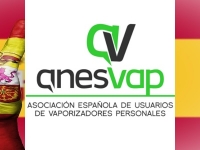