In the aftermath of Public Health England announcing that vaping is 95% safer than smoking many might feel an important battle in the war for vaping has been won. The fact remains that Article 20 of the Tobacco Products Directive will be implemented in some form and the Electronic Cigarette industry Trade Association (ECITA) are keen to influence how.

So who are ECITA?

The organisation provides support to vape companies to ensure they operate within the law and, as they state on the website, “displaying our logo on your site and promotional materials immediately tells consumers that you are a serious vendor who has made a genuine commitment to the Standard of Excellence.”

An example of this is when ECITA member blu (a Big Tobacco company) was recently discovered to have been misusing the SGS safety logo on its products. We pointed out that Katherine Devlin, spokesperson for ECITA, said that ECITA expected all members to withdraw any product bearing the mark.

Who do ECITA work on behalf of?

Any firm prepared to pay them £2,100 + VAT per month. They do offer an affiliate program to businesses unable to stretch to this sizeable outlay but their list of members displays a bent towards cigalike vendors and producers. They do not have a vested interest in hobbyist vapers or advanced equipment.

Where do they stand on Article 20 of the TPD?

“The Electronic Cigarette Industry has found itself in a fast-changing regulatory environment, and the huge regulatory changes coming via the Tobacco Products Directive in May 2016 are going to have a devastating impact on the whole sector. The costs and requirements of these new regulations will be prohibitive for many companies in the sector. Sadly, many companies will find themselves unable to comply with the new regulations, and will have to shut down or face the consequences of enforcement action and/or litigation. To respond to this situation, ECITA is working hard with its members to create a format where the costs of these regulatory burdens can be shared, reducing the amount that each company has to invest in compliance.”

What actions are they taking then?

ECITA are involved in lobbying to influence government policy and media appearances as part of a public relations campaign. They have also been involved in the drawing up of PAS 54115 with the British Standards Institute.

They want to appear as though they are taking the lead with corporate responsibility. This helps them with their negotiations for Article 20 – but with the Totally Wicked challenge taking place it also positions them with a ready-made regulatory framework that their members can conform to or work towards if TW win their legal action.

But it’s a framework the industry can use.

No, it’s a framework very few can conform to – with those unable to meet some of the unreasonable standards left in the cold (and labelled as “cowboy outfits” on one company’s blog).

Juice makers would need to test their base nicotine liquid before mixing up batches. Rather than trusting to the supplier, small to medium manufacturers would be priced out of the market instantly. They would also need to provide certificates of analysis for every flavour ingredient. Testing is required on the VG and PG stocks as well, with a requirement for more certificates of analysis. The entire process gives all appearances of having been deigned by its members with the intention of opening up the bulk of the market to just them and eliminating the competition.

But this seems almost as draconian as the TPD itself.

Yes. Totally Wicked sum up the process neatly: “The difficulty for the authors of BSI PAS 54115 was that they needed to make something that was TPD compliant to guide the industry, but the TPD is incredibly disproportionate and out of step with the way the industry has developed over the last few years.” 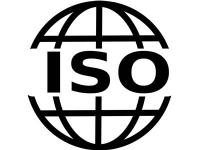 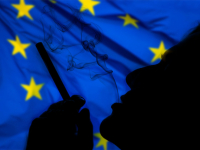 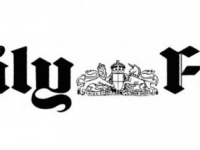