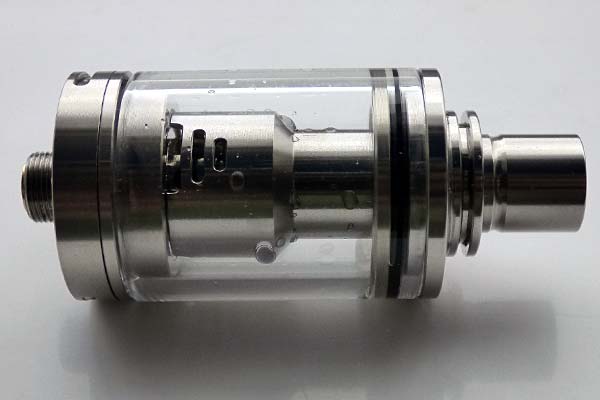 The Yokozuna is a new Sub Ohm tank from Japanese manufacturer MarsTeam. It is a highly compact tank that features a bottom fill design, holds 2.5ml of E-Liquid as well as incorporating fully adjustable Cyclops style airflow slots and spit-back protection.

In my opinion the Yokozuna has a really nice design and is highly compact. The quality of the machining is very good and all of the parts fitted together extremely well. The glass seemed to be suitably durable and the airflow worked really being neither too stiff nor too loose.

The price you pay for such a compact tank is reduced capacity and the Yokozuna holds only 2.5ml of juice. Whether this is acceptable or not to you is entirely subjective and while I will point out my feelings later I respect the fact that we won’t all agree on this!

Regardless of how you might feel the manufacturer’s intention is to provide a tank for a typical user like back in the days when the average person used CE4/CE5 clearomizers.

The Yokozuna is a bottom fill atomizer and can be filled via two methods which I will mention in detail later. The 510 pin is non-adjustable and looks to be made of brass. I tried this tank on a variety of mods and it fitted flush with all of them.

I thought the small size of the tank was really great and it will probably be ideal for people who don’t like massive tanks fitted to their mods or who enjoy the look of the smaller form-factor setup. If you are someone who prefers to be discrete then this is probably ideal.  I felt that the overall aesthetics were very good and I couldn’t fault the construction. 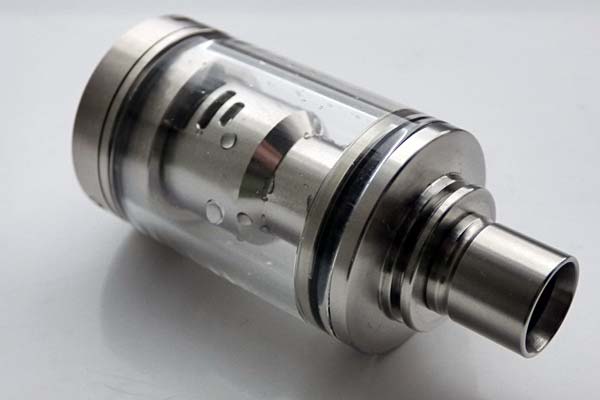 An enclosed leaflet covers the installation of coils and it really is very straightforward so I doubt anyone will have any issues. Filling is accomplished by unscrewing the base of the tank and there is plenty of room between the chimney and the glass for your juice nozzles. You do need to take care that you don’t fill the tank higher than the first slot in the chimney section. Alternatively if you want to relive the good old Kayfun Lite days (joking because I know many of us still use them) you can remove the screw from the atomizer base and fill the tank that way. The fill port screw does feature an O-ring so you shouldn’t have any leaking issues and the fill hole itself is large enough for you to use dropper style bottles. 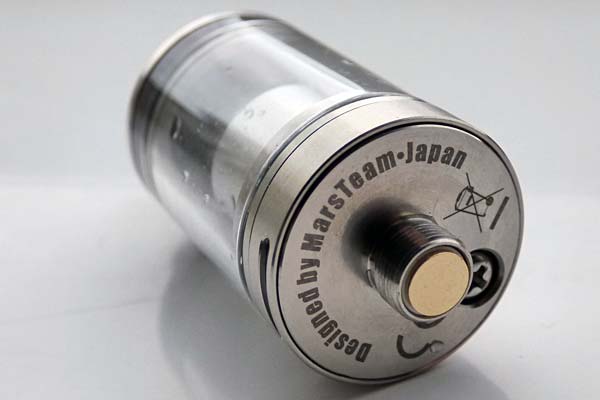 The Yokozuna features two fully adjustable Cyclops style airflow slots. While they might look small the draw the tank offers is very respectable and is certainly airy enough for casual users. One nice feature is that the airflow slots have a notch to prevent the airflow ring from adjusting beyond its limit just like the Joyetech EgoMax tank. It is a little tricky to adjust the airflow while the tank is on you mod but it can be done.

I primed the pre-fitted 0.8ohm coil and filled up the tank with Unicorn Milk. I left the tank for a reasonable amount of time but it seemed to me that the high VG juice I was using took longer to fully saturate the coil, no doubt due the smaller juice holes in the coil. I left it a little longer before taking my first vape at 20W. At this wattage there was some vapour but very little flavour and it was a rather cool vape so I increased the power to 30W.

At this wattage flavour was decent, not exactly outstanding but perfectly satisfactory and there was a nice amount of heat. Vapour production was very good for a tank of this size and while it does put out respectable clouds keep in mind that the Yokozuna is not intended as a Cloud Chasing tank.

Flavour did improve significantly the more I vaped and I felt that the coil either needed a certain amount of time to break in or the tank is not really suited to high VG juice and to be honest I suspected the latter. I think you will be fine with 60VG/40PG and you could probably get away with 70VG/30PG but anything higher does not seem to work as well. I didn't get dry hits but the flavour was not as well defined as other tanks which are suited to high VG juice. Realistically I think that the Yokozuna is best suited to 50/50 mixes.

The draw itself was quite nice and you can just about get away with a mouth to lung vape with the airflow heavily closed down but it is still a very loose one. I would say that the Yokozuna is most suited to people who prefer a restricted lung inhale.

One thing I did find was that at 30W the drip tip does tend to get quite hot if you vape often. In my opinion I think the drip tip could benefit from a Delrin insert or an alternative Delrin drip tip. While it is quite easy to swap drip tips around with most tanks the problem with this one is that very few drip tips seem to fit it which I do consider a shortcoming.

I think it is fair to say I really do vape too much because I found the 2.5ml capacity to run down quite fast when vaping at 30W. However in comparison to smaller tanks like the Vengeance and the Baijiada Mermaid I would say that the Yokozuna is a bit more conservative. According to the manufacturer the Yokozuna is intended for average vapers who don’t sit at their desk all day writing vape gear reviews like I do while vaping their head off with whatever juice they have to hand. In all seriousness if you are more of a casual vaper and your juice tends to last you a long time then in all likelihood this kind of tank is probably great for you!

I think my only real gripe with this tank is the capacity but since it is intended to be compact and for casual use then I accept that I am really not someone who fits into the manufacturer’s intended demographic.

My only other little niggle is the bottom fill and I really don’t enjoy having to unscrew the tank from my mod then unscrew the base and fill it or alternatively use the Kayfun Lite style fill screw which feels very 2014 to me. Of course you could argue that if I was a more conservative vaper I wouldn’t be filling it that often anyway which is fair enough.

One great feature of this tank is that due to the baffle plate in the chimney there was absolutely no spit-back when vaping! Another nice feature is the fact that the coils don’t need a ludicrous amount of power so this tank will cater nicely to users who own far more modest devices.

Lastly in the short time I have used this tank I have encountered no leaking issues and it is my hope there are no problems but considering how quickly I get through the juice I haven’t really left the tank with anything in it for leaking to occur. 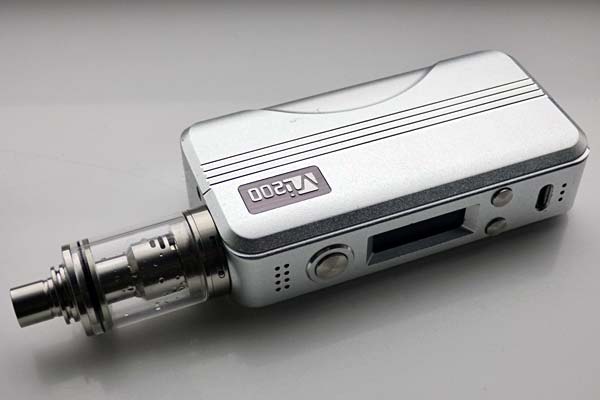 As something of a first entry from Japan into the market of Sub Ohm tanks I think the Yokozuna is a very well manufactured product that offers a decent vape but is primarily intended for use by casual users or people who need a compact tank that they can take to work with them.

While I do like the aesthetics and the machining, realistically this tank is far too small for me and due to being a heavy vaper I end up draining the juice in no time at all. However if you like the Yokozuna’s compact design and you aren’t a juice fiend like myself then this might suit you nicely!

Since this product is very new I haven’t seen any UK vendors currently stocking it but if this tank is priced well then it might be very attractive to new vapers.

Thanks to the guys at MarsTeam for sending us this product in for review - you can check them out at http://www.marsteam.jp/ and we hope to see more products from you in the future!  If you are in the US and would like to buy this tank, head over to Vapor DNA.