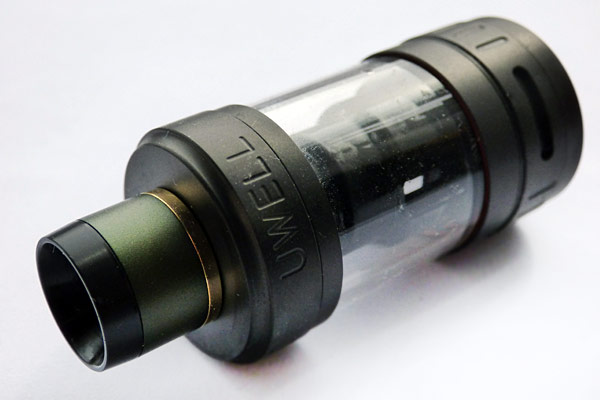 It certainly hasn’t felt very long since we reviewed the Crown Mini but now Uwell have released the new Crown III. This 24.5mm diameter tank features a massive 5ml capacity that will be enough to worry any TPD minded EU official!

The Crown III features a top filling design, fully adjustable airflow and a new plug-pull coil swap system. The Uwell tanks have always been popular amongst vapers so let’s have good look at this latest model and see if it really takes the Crown (bad pun intended)! 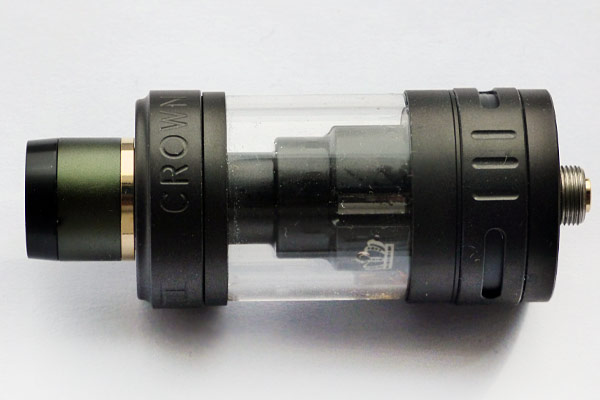 The original Uwell Crown was a popular tank for a number of reasons, namely build quality, reliable Stainless Steel coils, large capacity and also the fact that was a seriously good vape!

Just like the original this latest model is constructed from Stainless Steel and Quartz glass. The quality of production is flawless and everything fits together beautifully with no sharp edges present. If I remember correctly the original Crown Tank was only ever available in Stainless Steel but the new Crown III is offered in a wide variety of finishes including Sapphire Blue and Iridescent Rainbow. I received the matte black version for review and I could not fault the excellent anodized finish. Keep in mind the Crown III is quite a tall tank standing 62.7mm in height so things can look very top heavy if fitted to a compact device.

A new drip tip is included and Uwell have put some effort into making it look stylish since they all feature a coloured band and brass ring at the bass which gives it quite a classy look. However what is perhaps a little unusual is that the included wide bore drip tip is apparently selected at random so you might find it doesn’t match up as well as you want with your tank or device. One good thing is that the new Delrin drip tip doesn’t suffer from the build-up of gunk which always occurs on Stainless Steel ones eventually. Should the drip tip not be to your liking you can easily swap it for any standard 510 one from your collection.

The tank holds 5ml of juice but since the coils need a fair amount of power you do get through it quite quickly. Fortunately the Uwell Crown III does feature a convenient top filling design but unlike the original which had huge slots there is far less space to squeeze your juice in with this model. Perhaps this is to bring the tank in line with the recent changes to E-Liquid bottles but it does make things a little awkward if you have any older E-Liquid in dropper bottles lying around. Threading on the top cap is decent but since the cap is recessed you will find droplets of juice or condensation accumulate so when you come to remove the top cap you do have to keep a tissue handy sometimes.

One noticeable change in the Crown III compared to the original is the different chimney shape and this is to accommodate the new Crown III coils. The chimney also has a “Min” warning line so you can tell when you need to refill the tank. To be honest in my opinion it really is just a loose guide for new vapers so they don’t accidentally burn their coils out. The wicking slots on the coils are sufficiently large and go right down to the bottom of the tank and I’ve regularly vaped the Crown III dry before refilling with no adverse effects. Another change is that the chimney now features an engraved crown logo. 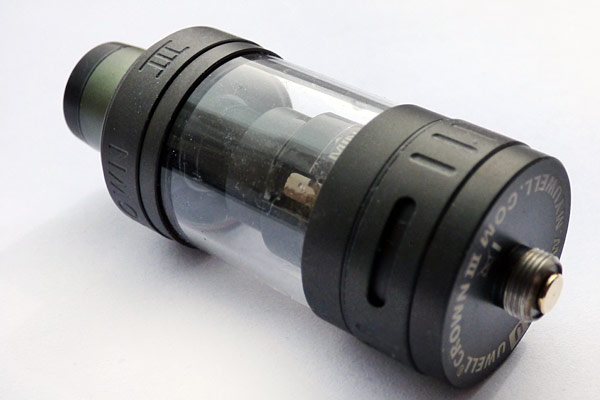 Unlike the Crown which only had dual airflow slots the Crown III features triple fully adjustable airflow slots. The airflow adjustment works extremely well and is neither too stiff nor too loose. At its most open the airflow caters to direct lung inhales becoming a progressively restrictive lung inhale as you close it down.

If you close the airflow down to practically fully closed you can just about get away with a loose mouth to lung vape but I’m not convinced most MTL vaper’s would enjoy it. One slight issue with the airflow is that once you close it down by two thirds it does start to whistle rather annoyingly.

Unlike other tanks where you have to screw in a coil the Crown III features a press-fit coil system. Basically you unscrew the base and remove the old coil. Then having first primed the new coil with a little juice you line two notches up with the chimney and press it into position. It takes a little getting used to and lining the notches up can be tricky sometimes. I can’t honestly say if this new system has any advantages over any typical tank, it’s just different.

Now when it comes to cleaning the Crown III things become more of a pain. Included in the box is a crown shaped key and this is used to unscrew a bolt in the top section of the tank. If you don’t use this key you simply won’t be able to remove the glass. If you don’t have the key to hand you can use a flathead screwdriver. I’m not sure why Uwell thought this was an especially good idea but from what I have read it is to do with pressurisation, yet strangely enough I have plenty of tanks that don’t feature a bolt but still remain pressurised. Very curious certainly but I daresay you will get used to it eventually. 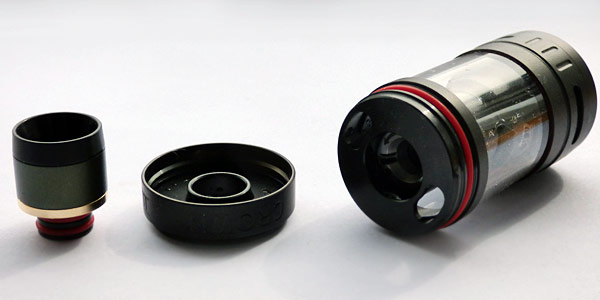 I filled up the tank with some Dr Fogs Chai Latte and left it for fifteen minutes to saturate the coil thoroughly. Past experience with the Crown tanks has taught me to be patient since the Stainless Steel coils often take some time to fully break in, typically two to three tanks worth. When I took my first vape I was actually quite surprised because the new Crown III coils seem to wick much faster and there was almost no break in time at all. The vape was excellent, very warm and truly delicious when vaping the 0.25ohm coil at 85 Watts. You can easily push the coils up and slightly over 100W if you want but I was more than satisfied with 85W. The intensity of the juice is lovely and the cloud production is awesome! In many ways I preferred the draw on the Crown III compared to the original and the Mini since it felt way smoother.

I decided to try using the tank in Temperature Control Mode on my Therion 166 and while it certainly offered a flavoursome and satisfying enough vape I preferred the raw power of vaping this tank in purely Wattage mode. The only major downside to this tank is how quickly it gets through the juice with 5ml being drained in time at all so if you’re on a budget it wouldn’t be a wise purchase.

You can of course compromise by using the 0.5ohm coils which reduce the drain a little both on your juice and your batteries. 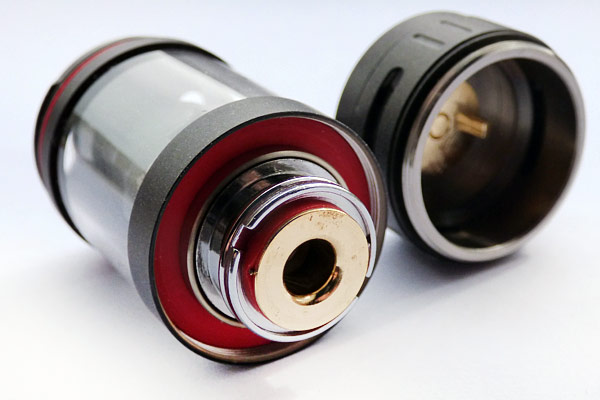 The Uwell Crown III is a superbly built and very flavoursome tank which offers loads of airflow and brilliant cloud production. It’s only real negatives are the fact that it gets through your juice extremely quickly and cleaning the tank is something of a pain due to having to remove the fitted bolt first.

All in all if you’re a fan of the original Crown I see no reason why you won’t love the Crown III. 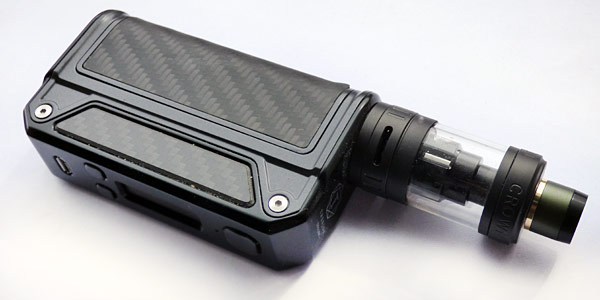