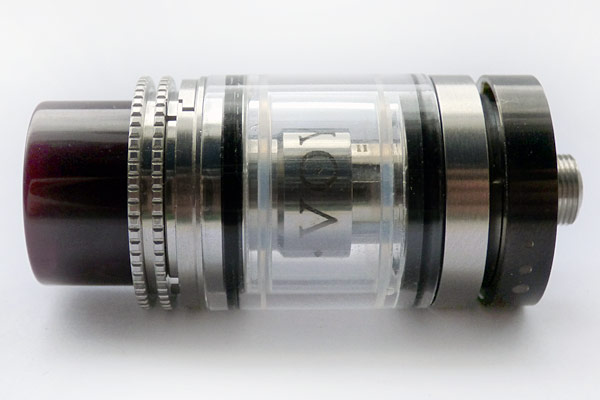 New from Council of Vapor is the Voyager, a 2ml TPD compliant Sub Ohm tank. The Voyager has fully adjustable airflow, a top filling design and includes two coils along with a replacement glass tube.

When I first saw this I found myself wondering if it was something Captain Janeway actually used when she finally decided to pack in the ciggies or whether it was just a case of a coincidentally cool name. Regardless let’s see whether this tank will boldly go where no other tank has gone before, or find out if it is destined to remain lost forever in the Delta Quadrant! 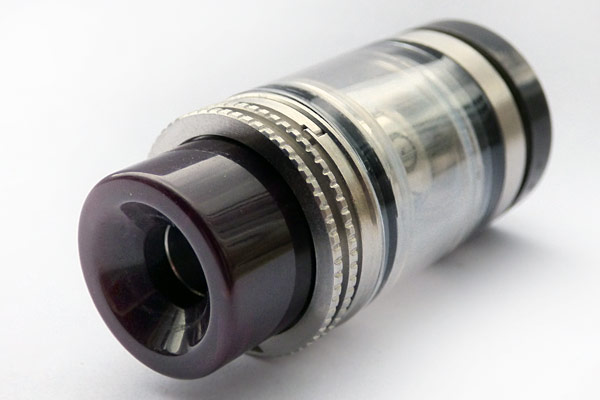 On the whole the machining of the Voyager is quite decent but despite its food grade Stainless Steel construction it does seem quite lightweight and doesn’t strike me as robust as some other tanks on the market. The glass is fairly thin but it should be fine as long as you are not particularly prone to bashing your tanks about and you do get a replacement tube included in the box.

Being 22mm in diameter the Voyager should look good on most devices and is fairly compact standing 54mm in height, measured from 510 pin to drip tip. Speaking of which the drip tip is made from Delrin and has a wide bore design. What is rather odd is that even though the drip tip uses a 510 connection you can’t swap it out for a smaller 510 tip because the connection is protruding rather than recessed. I went hunting through my drip tips just to find something which would fit and nothing worked, so you are sadly stuck with the included drip tip.

The top of the tank features a push slide design to allow access to the filling port which is quite similar to the one which we tend to see on SMOK tanks. Running around the periphery of the top cap there is a good amount of knurling thanks to the twin gear design which ensures you can grip it easily. The Juice capacity is restricted to 2ml thanks to the TPD.

Logos are kept to a minimum with only the name “Voyager” nicely engraved on the chimney section. Lastly the tank features a standard non-adjustable 510 pin. 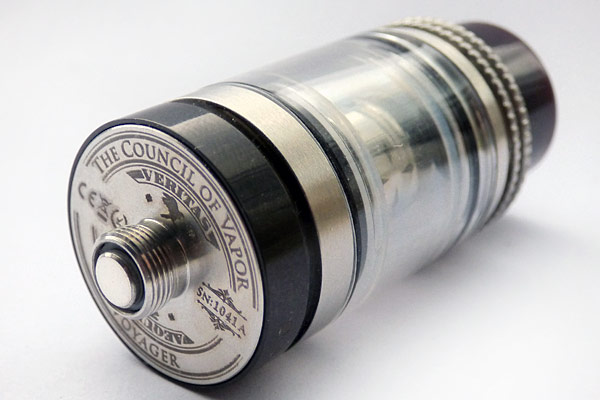 The airflow controller did annoy me a little because it is somewhat awkward to adjust when the tank is fitted to a device. There are three dots marked on the airflow ring was the largest indicating that the airflow is completely closed down. The next setting offers a very restrictive lung inhale and the last setting offers a quite restrictive lung inhale. In my opinion the big problem is that none of these settings lock into position so you can only really tell how open the airflow is by vaping. 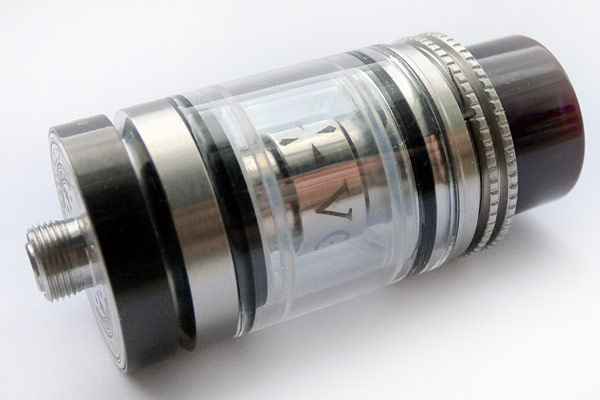 The Voyager is straightforward to work with. Coil replacement is simple and what is nice is that the tank can be easily disassembled for cleaning. The filling system takes a little getting used to since you have to remove the drip tip first before pushing the sliding lid to one side. There is a small triangle marked on the top of the tank so you know which direction to push in and the fill hole is large enough for standard 10ml PET bottle nozzles. 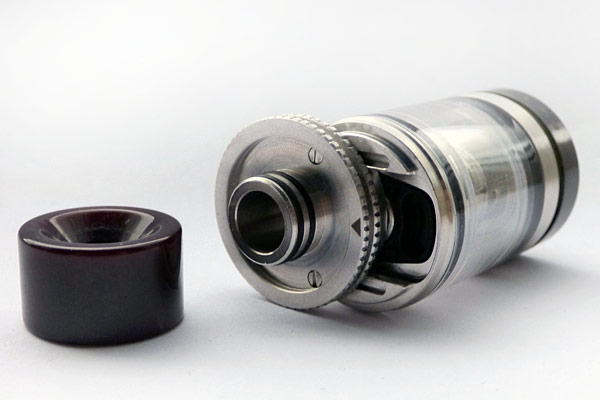 I primed the pre-installed 0.8ohm coil and filled up the tank with some Vape Wild Banana Candy. After leaving the coil for a good five minutes to fully saturate I took my first vape. The flavour in my opinion is pretty good. I don’t think it will wow you if you’re a serious flavour connoisseur but it certainly offers a pleasant clean tasting vape and I think the real reason for that is how close the coil is to the drip tip.

The draw caters to a rather restrictive lung inhale style of vaping but I found it just a bit too restrictive for my tastes and a little choppy. In some respects I think the Voyager would be so much better if it was aimed specifically at mouth to lung users, but the lack of a 510 drip adapter or a slimmer drip tip pretty much rules that option out.

Nevertheless what I did appreciate about this tank is that you don’t need a ridiculous amount of Wattage to get a nice vape out of it and I found the 0.8ohm coil gave good results at 24 Watts. I did increase the Wattage to 28-30W but that tended to result in quite a bit of spit back so I dialled things back down again. Vapour production was reasonable and will satisfy modest users but will simply not be enough for dedicated cloud chasing fans.

The tank is limited to a 2ml capacity thanks to the EU and their TPD directive but thankfully due to the lower required Wattage the juice does not drain ridiculously fast so it feels a little more conservative compared to some Sub Ohm tanks out there. 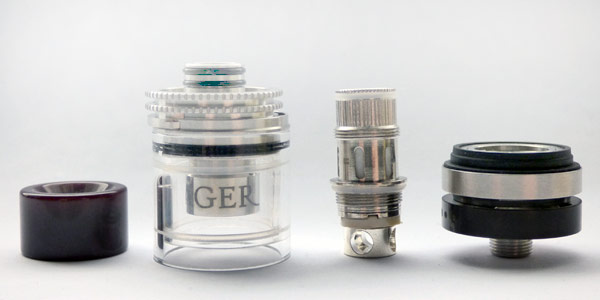 In my opinion this is a nice little tank which gets the most important things right such as flavour, relatively decent cloud production and ease of filling. There are a few noticeable missteps such as the awkward to adjust airflow controller when the tank is fitted to a mod and I feel some knurling would have helped. The lack of a 510 drip tip adapter or a slim line drip tip is a mistake in my opinion since it would have made the tank more appealing to a wider range of users.

Providing you enjoy a quite restrictive lung inhale style of vaping this might prove to be a worthwhile purchase so do check it out if you like the sound of it.

Many thanks to Sky Throne who kindly sent this product to Planet of the Vapes for us to review. 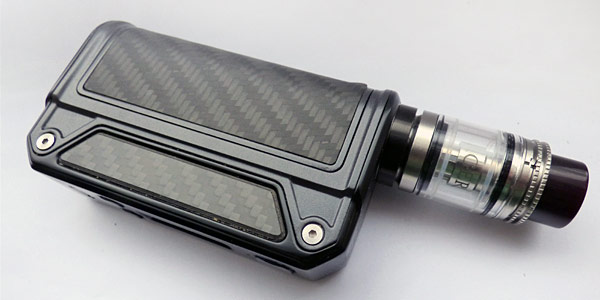