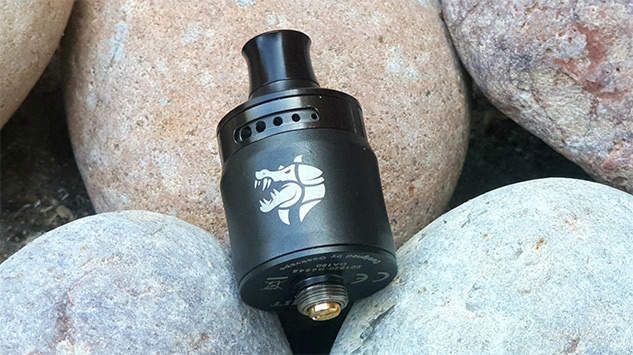 GeekVape have developed a great reputation for quality products at budget prices over the past couple of years, with notable releases such as the Tsunami, Griffin and Athena.

One of the latest GeekVape products is the Ammit MTL RDA, which as the name suggests, is a rebuildable dripping atomiser geared towards mouth to lung vapers. This follows on from the popular Ammit RTA, so let's see how the Ammit MTL RDA stacks up!

The GeekVape Ammit MTL RDA is a 22mm width RDA, which also measures in at a relatively short 38.3mm in height, from the 510 pin to the stock drip tip. 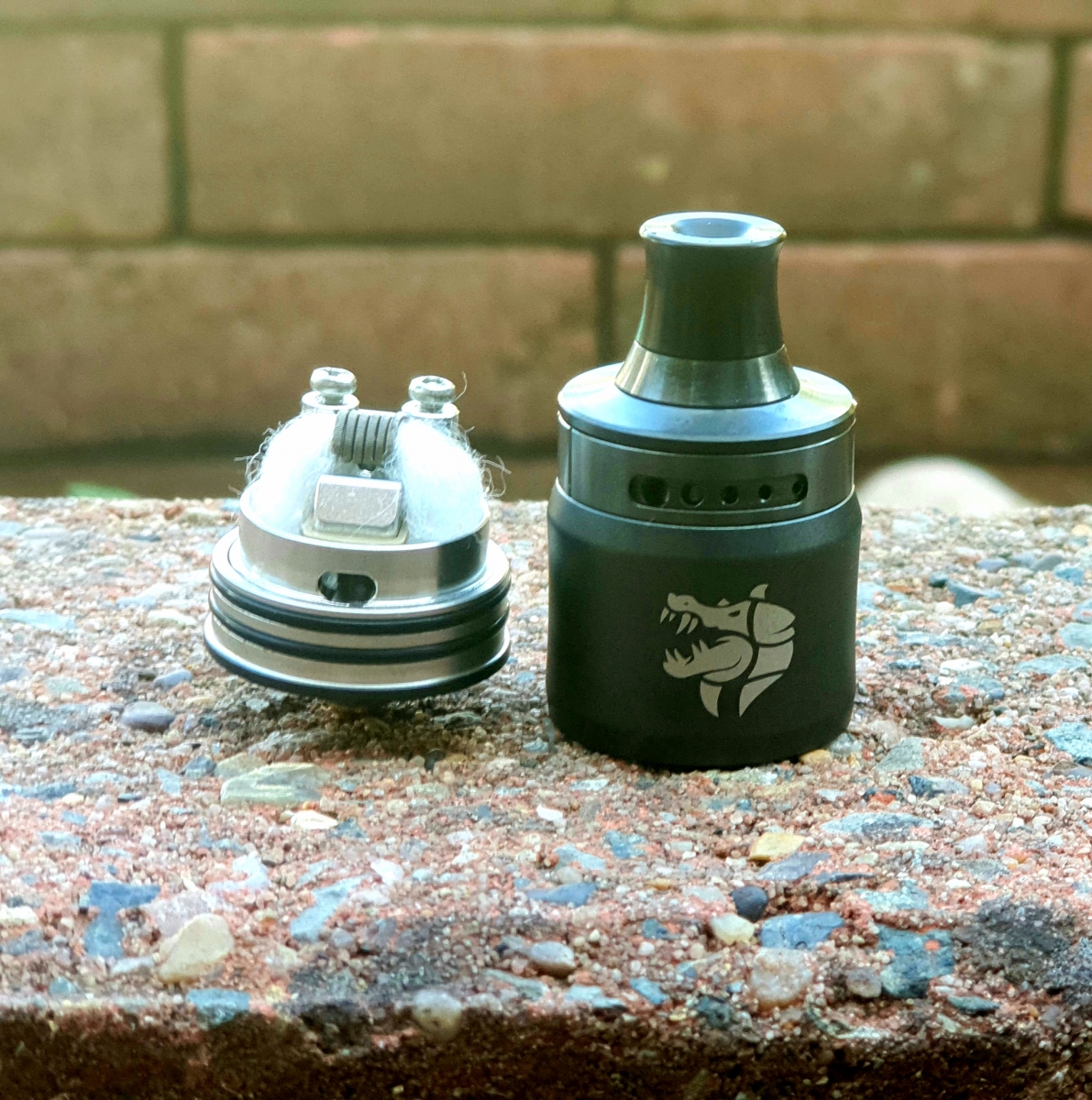 Instantly recognisable on the top cap is the GeekVape logo, and the top cap itself features a dual-layer chamber structure which is designed to dissipate heat effectively. 510 drip tips are compatible with the GeekVape Ammit MTL RDA, and you get a 2mm and 3mm bore drip tips included in the box. 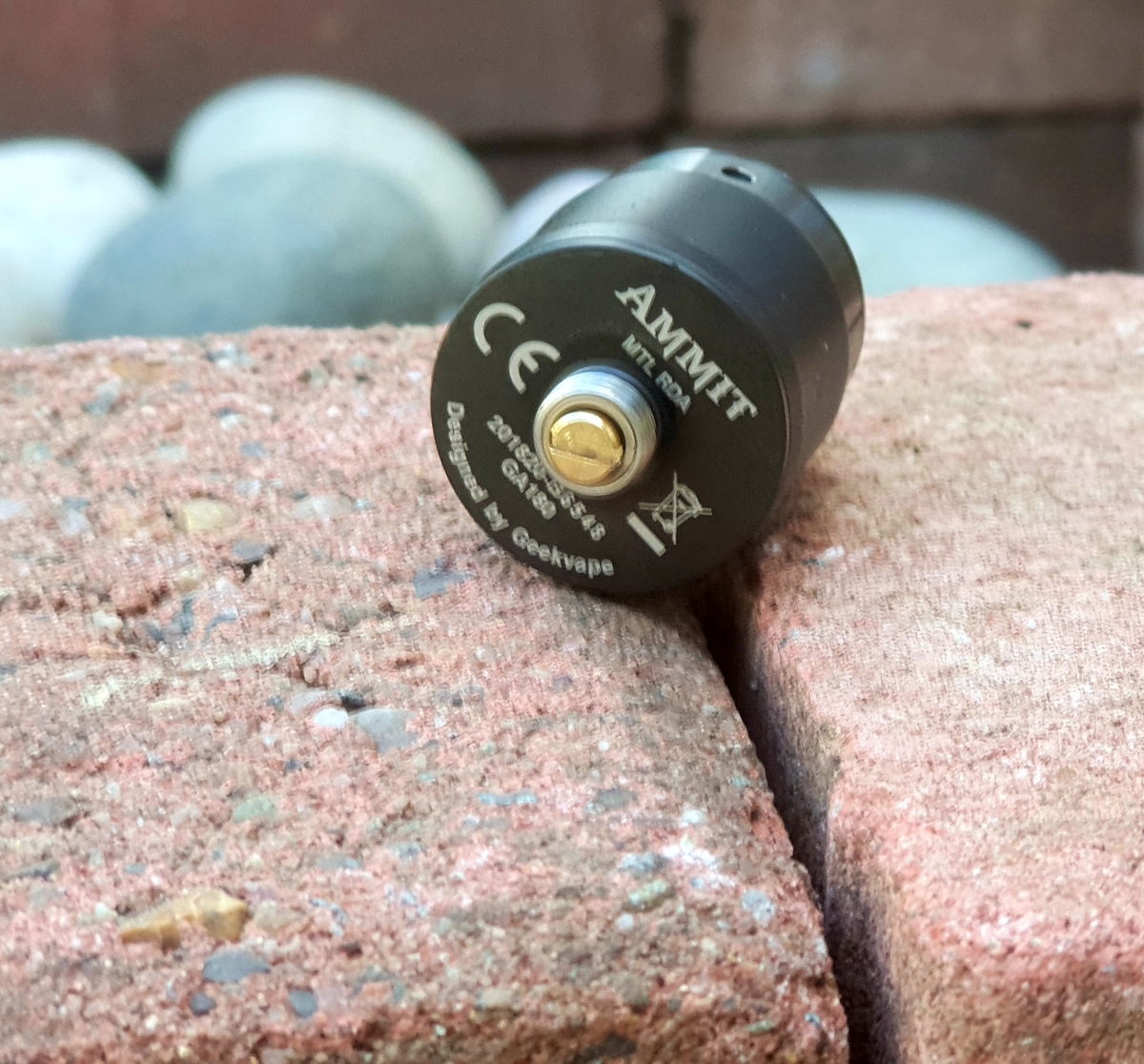 All in all I didn't have any complaints about the build quality of the GeekVape Ammit MTL RDA, and it felt to me like a really well made piece of kit!

A two post build deck is found on the GeekVape Ammit MTL RDA, designed for single coil builds. Large post holes are present on the build deck, which makes it easy to insert your coil legs into. 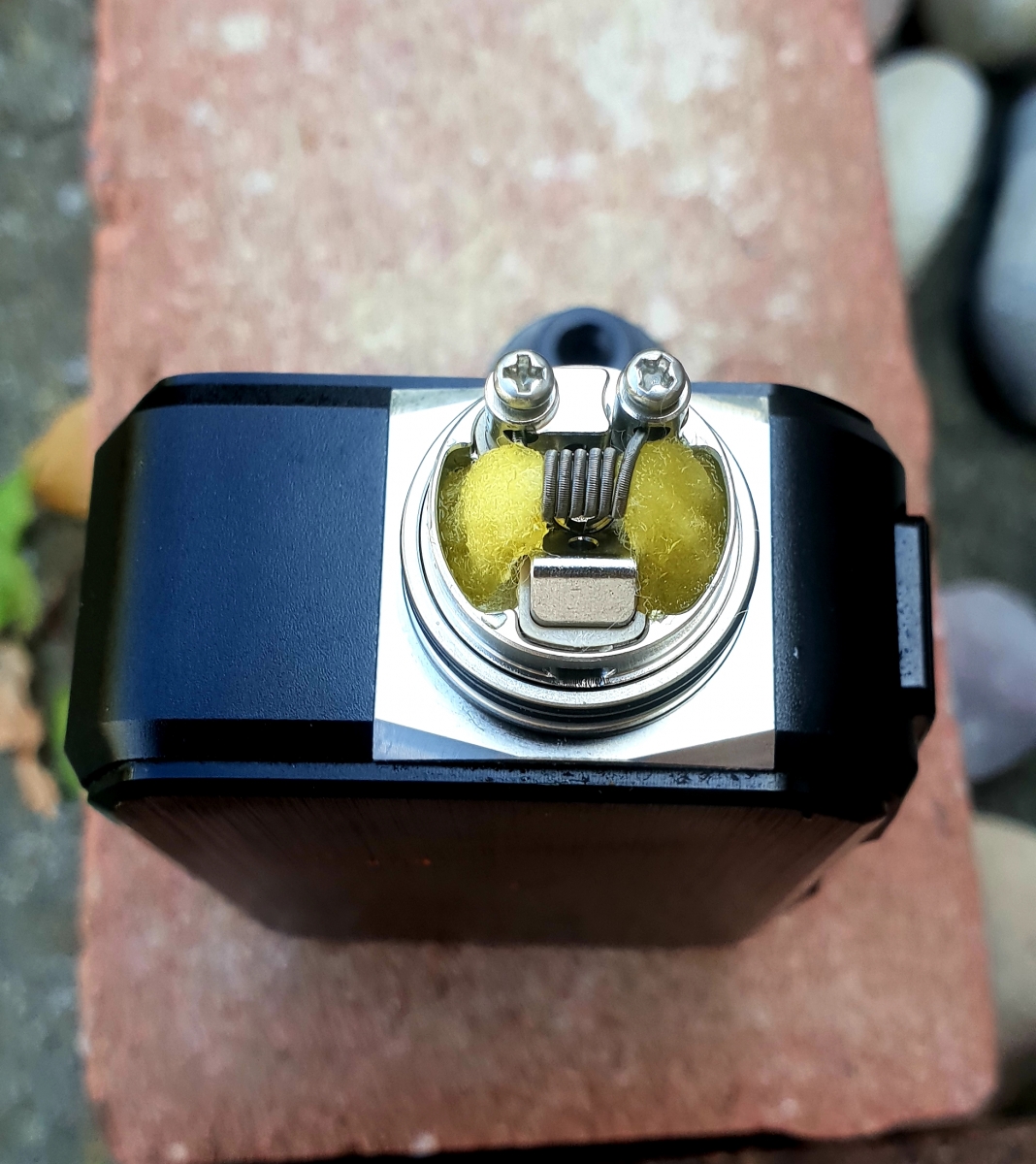 Two pre made Clapton coils are included in the spares, which are easy to install and have a resistance of 0.7ohm each. A deep juice well is present too, which holds plenty of E-Liquid.

GeekVape have designed a '3D Airflow System' for the Ammit MTL RDA, which entails the airflow travelling in through the the top of the RDA and coming out at the base, to hit the coil. 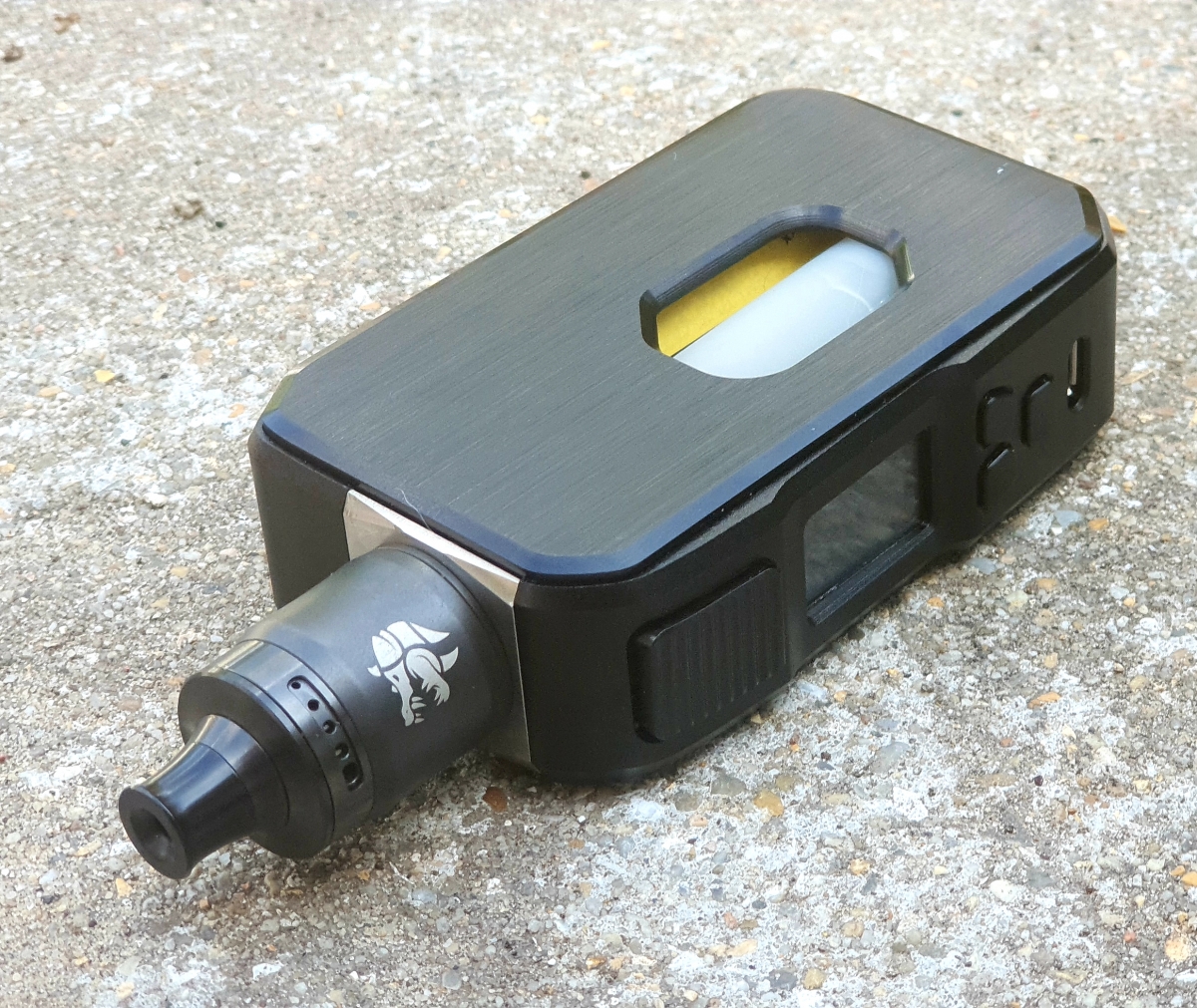 I was quite surprised that the included pre-made Clapton coil had a resistance of 0.7ohm, as this is a little on the low side for mouth to lung vaping, well certainly for my style of MTL anyway!

GeekVape recommend that a wattage range of 15-20W should be used, ideally you want to be using this RDA on a regulated device if you are using the included Clapton coil. 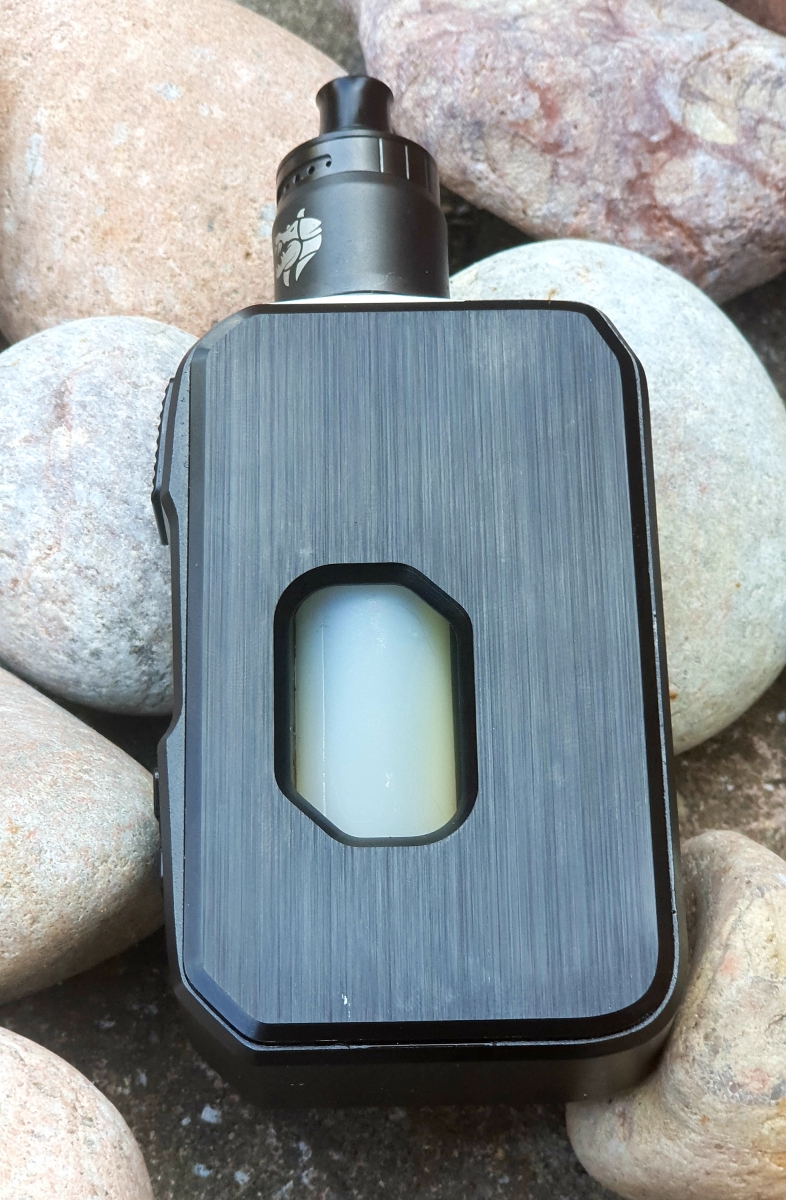 I found that with the airflow fully open, or even with four airflow slots open, the draw was a little on the airy side for a MTL hit, it was more of a restricted lung draw. However, with three airflow slots or less open, you can mouth to lung hit this RDA, and get a very tight MTL draw with just a single airflow hole open.

Flavour-wise, the results I was getting from this RDA were pretty impressive, I have been vaping the Manabush FireWater range with 20mg nicotine strength in this RDA, and getting enjoyable flavour at the 15-17.5W range.

Impressively, I never experienced a single leak from this RDA, which is down to the deep juice well and top airflow system. For that reason it's great to use on a regulated squonker!

The GeekVape Ammit MTL RDA is a great budget option to look at if you are after a squonk capable RDA that has a restricted draw. For the price, it boasts great build quality and performance, and offers true MTL vaping options!

Many thanks to Healthcabin for sending the GeekVape Ammit MTL RDA in for review, it can be purchased here! 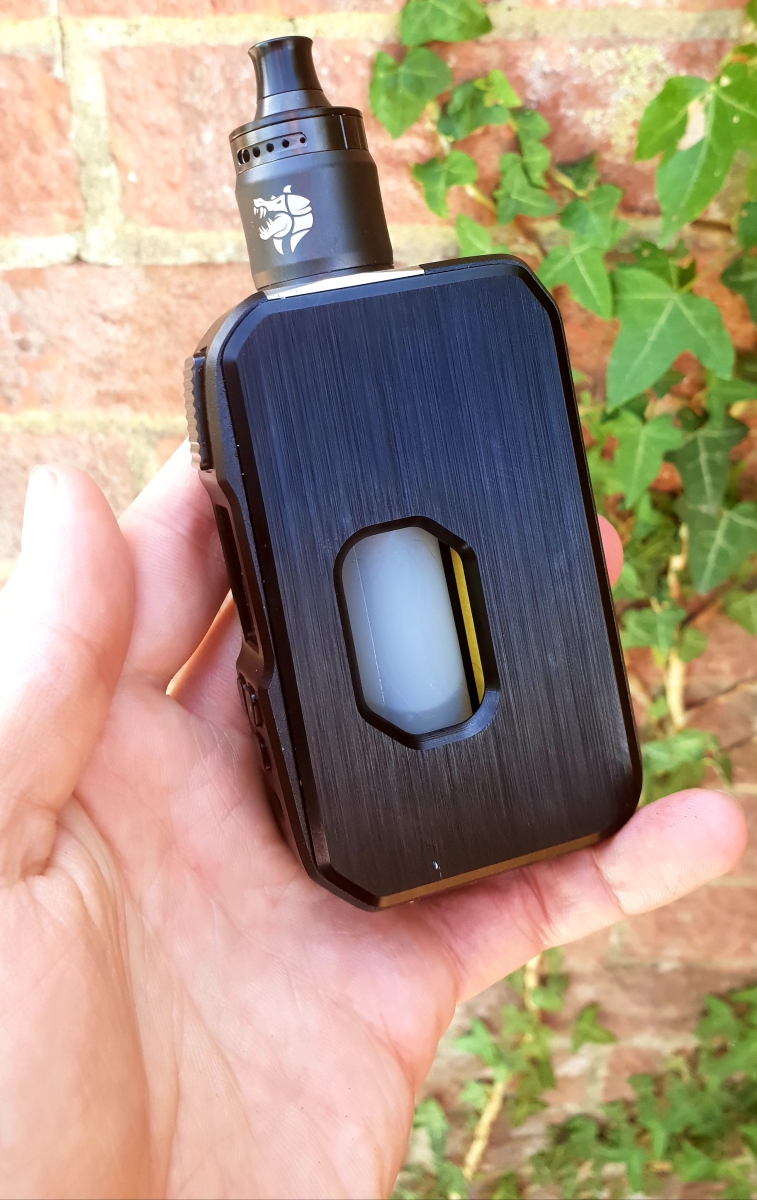