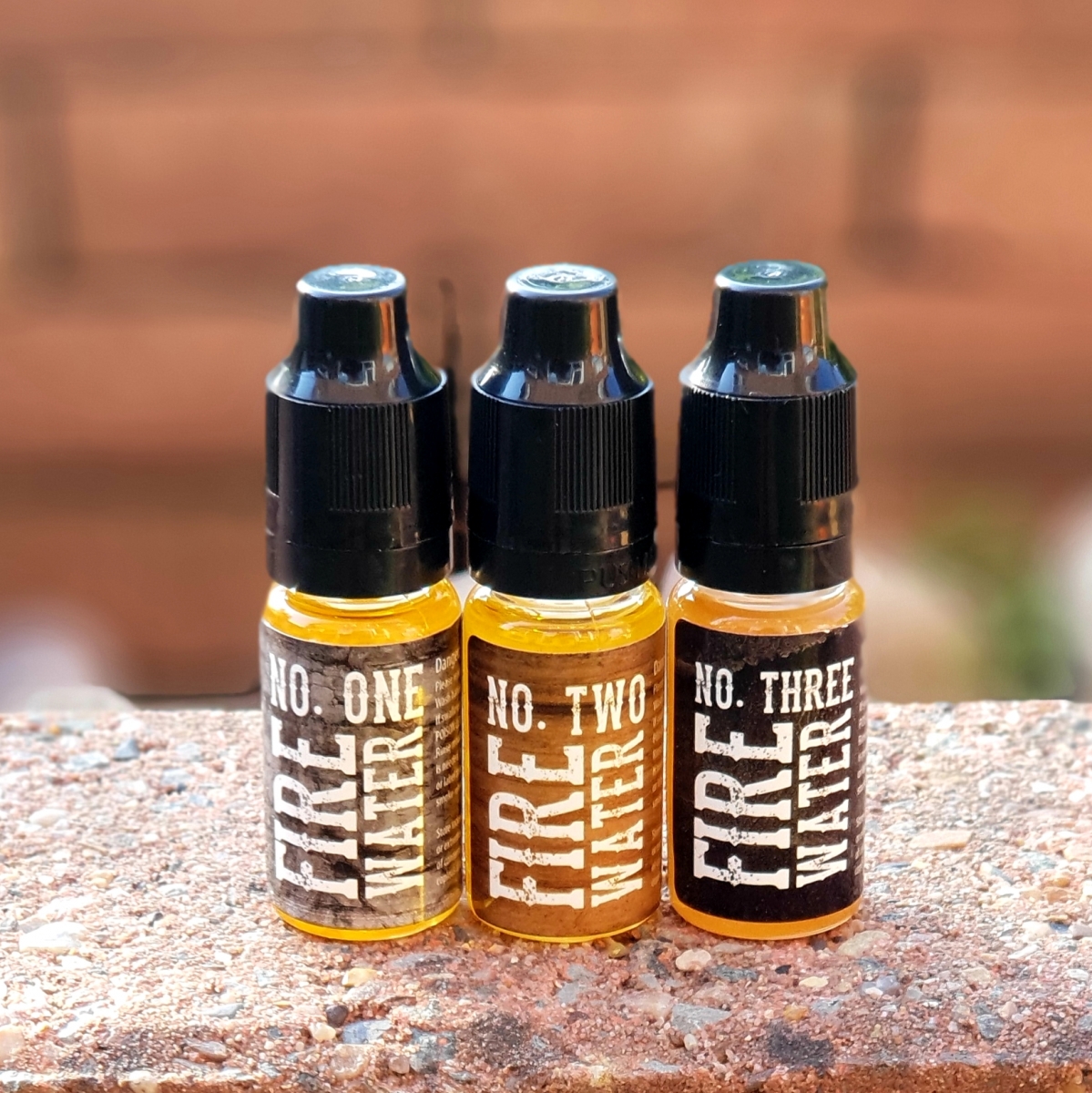 Founded by Martyn (ZT on the POTV forum), Manabush started off in 2013 when Martyn sent samples of his first creations to POTV members, and after receiving overwhelmingly positive feedback a website was set up and from there, Manabush has grown into one of the most popular tobacco based E-Liquid brands in the world.

2015 saw the release of the Spiritwalker range, and in 2018 the newest Manabush range has come to market, with the FireWater range. The FireWater range features a Cigar Tobacco and Oak Aged Bourbon base, with flavour combinations designed to satisfy both non-tobacco and tobacco lovers alike.

A 50/50 PG/VG mix ratio is used for the TPD compliant 10ml bottled versions, with nicotine strengths of 3mg, 6mg, 9mg, 12mg and 18mg available, and cost saving 3x10ml, 6x10ml and 9x10ml options are available. 50/50 and High VG zero nicotine shortfill bottles are also available, in 50ml and 100ml bottle sizes. Also, in a first for Manabush E-Liquid, the FireWater Range will also be available in 20mg nicotine salt strength, and we will shortly have a review up on the nicotine salt versions! 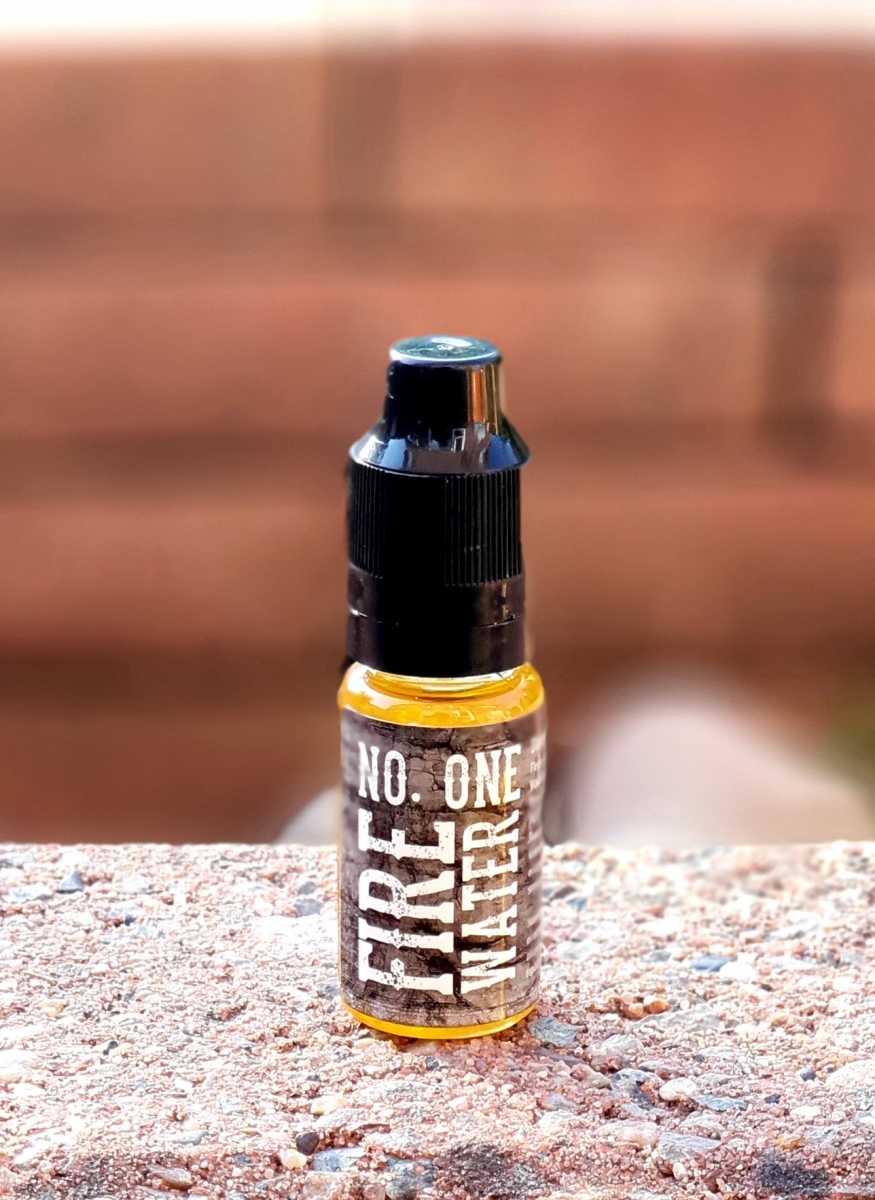 FireWater No. One is the core flavour of the range and the perfect starting point. A blend of premium cigar tobacco flavours tempered with the smoothest straight Southern Bourbon, making for a surprisingly easy going all day vape that is lighter than you might imagine, the sweet bourbon providing a welcoming counterbalance to the cigar notes...

Back in the day, when I used to smoke, I was partial to the odd cigar or three from time to time, especially if I'd had a few alcoholic drinks!

No. One has a light cigar note to it, with none of the harsh throat hit you get from a real cigar, allowing you to actually enjoy the deep and earthy notes from the cigar tobacco. A note of bourbon is skilfully blended in with the cigar notes, and it goes perfectly with it. This is one hell of a smooth tobacco based E-Liquid, which actually also serves as the base for the FireWater range, and I'd recommend it to anyone- from the tobacco E-Liquid connoisseur to someone looking to try out tobacco E-Liquids! 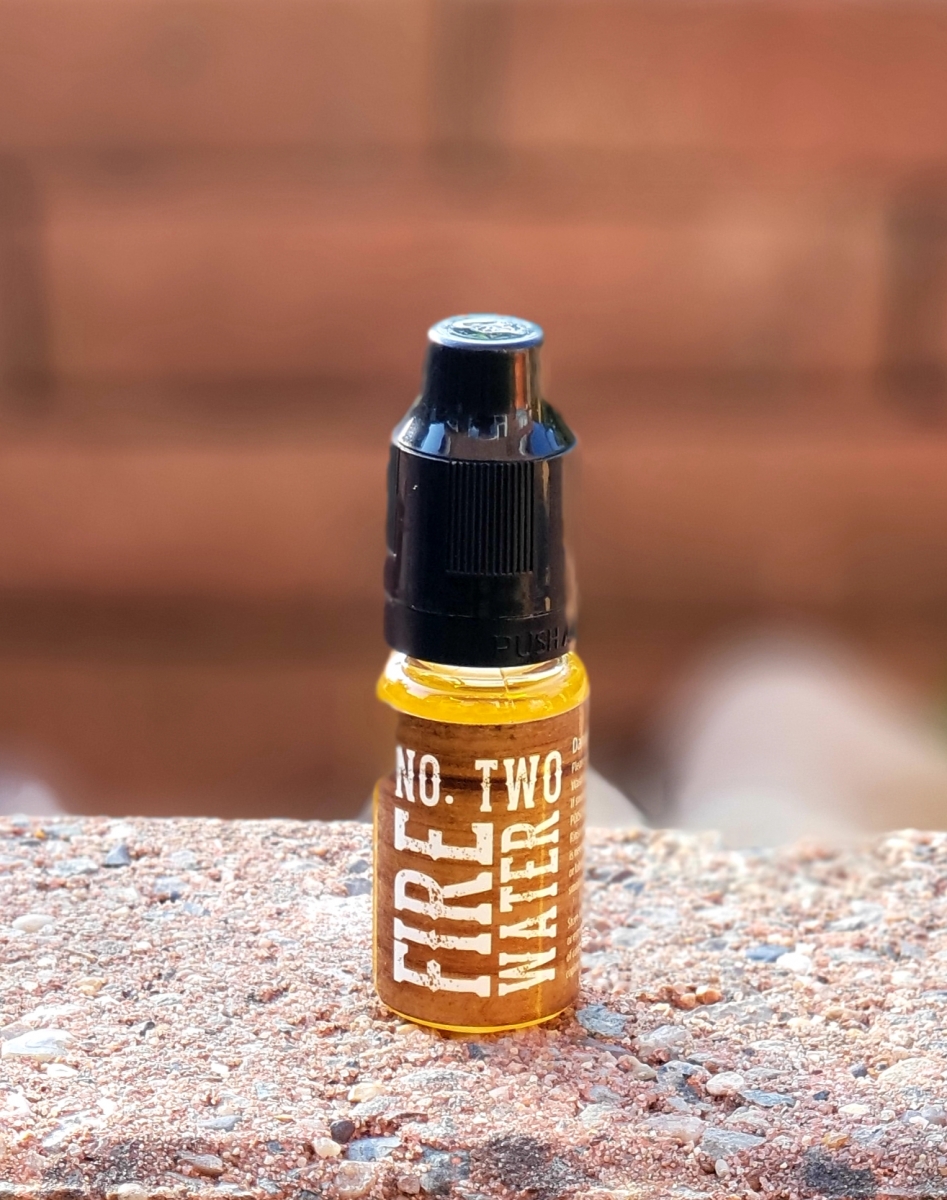 FireWater No. Two takes the blend of premium cigar tobacco flavours tempered with the smoothest straight Southern Bourbon from No. One and adds a playful twist of a sweet classic cola mixer and a slice of fresh Persian lime...

On the inhale, I get the instantly recognisable cigar tobacco and bourbon flavour notes present in No. One, with a light hint of cola and sharp lime exhale, both of which add a slightly sweet and sour twist! There's a decent level of throat hit here too, perhaps brought on by the lime note.

I've found cola is a difficult note to get right with E-Liquids, but Manabush have nailed the cola note perfectly. The mouth feel I'm left with is reminiscent of having enjoyed a premium cigar with a glass of bourbon and coke topped with a slice of lime! 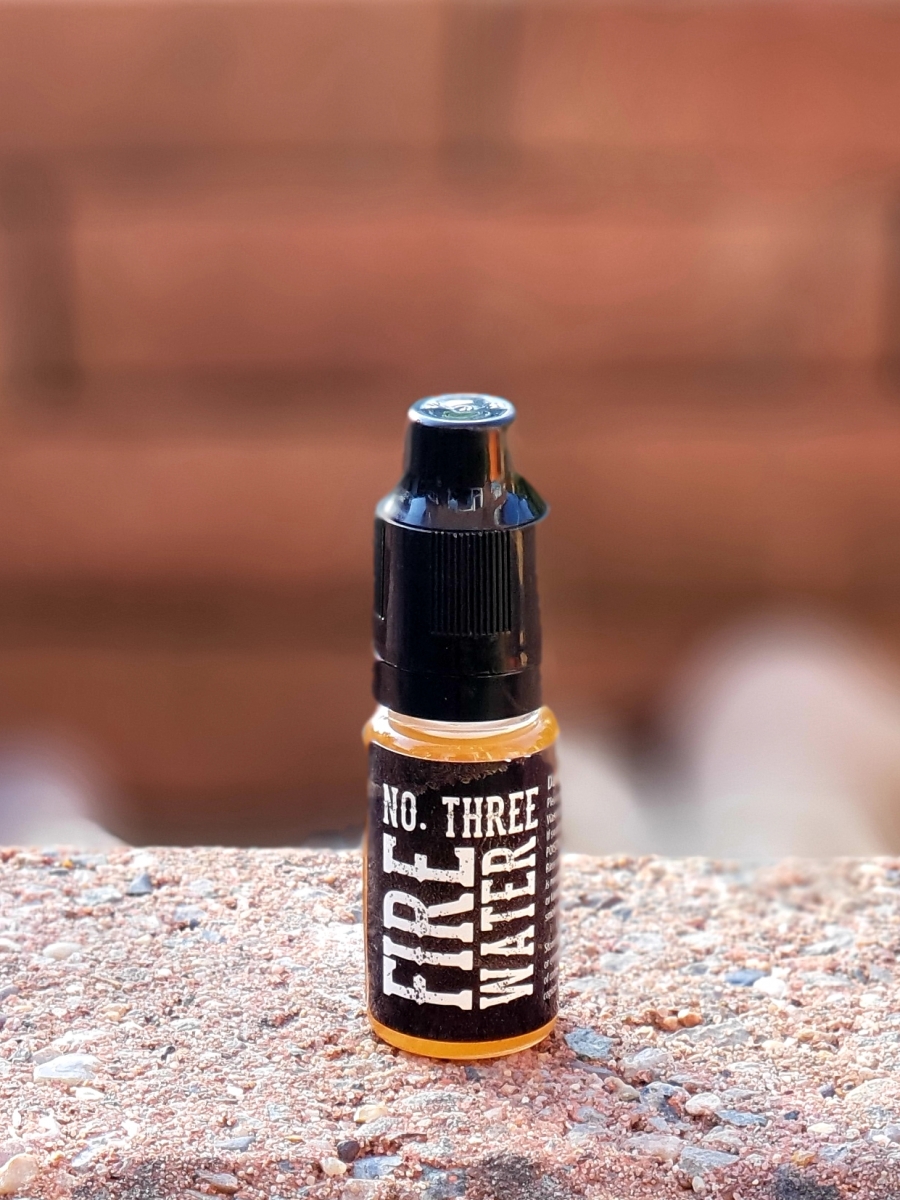 FireWater No. Three takes the blend of premium cigar tobacco flavours tempered with the smoothest straight Southern Bourbon from No. One enhancing it with a sweet Italian almond Amaretto that has been lightly coloured with a blend of ripe and succulent red fruits...

As with No. Two, the first flavour notes that I pick up on are the cigar tobacco and bourbon flavours, with the recognisable taste of Amaretto and a raspberry note to finish. The Amaretto doesn't overpower the cigar tobacco and bourbon notes, rather it compliments it very well indeed, and the raspberry just adds the perfect finish. Stunning stuff!

No. Three has become my late evening E-Liquid of choice, I'm very much enjoying sitting down either in my lounge or in the garden enjoying a good vape on this majestic E-Liquid!

He may have questionable taste in music and a flamboyant dress sense but one thing is for sure- Martyn knows just how to create exceptional tobacco based E-Liquids that really do set the standard!

I've been a long term fan of Manabush E-Liquids, ever since I first tried them in 2015, and I can safely say that I've never tried a Manabush E-Liquid that I didn't like. The FireWater range is no exception, and these are three E-Liquids I'll be sure to re-order every month.

These are three E-Liquids that need to be savoured and enjoyed, much like a fine whisky, you are going to want your best flavour set up for these.  Personally, I found that they are amazing with a mouth to lung set up, which I felt really brought out the flavour notes best, however they also shine in restricted lung set ups too!

Many thanks to the Manabush team for sending the FireWater range in for review, they can be purchased here!