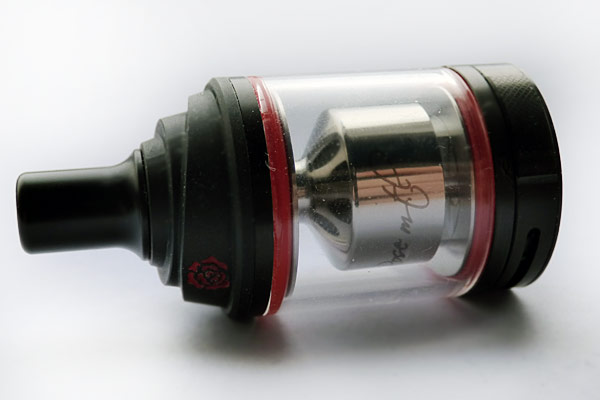 Not to be confused with the very popular Rose3 by Eden Mods, the Rose MTL RTA is a relatively new product from Fumytech.

It is a 24mm diameter atomizer with a 3.5ml juice capacity, fully adjustable airflow and is intended for mouth to lung vapers. It only requires a single coil build and incorporates a unique ambidextrous build deck, so it will be extremely approachable for everyone, including all the left handers out there.

So let’s take a good look and see what it has to offer!

Constructed from Stainless Steel and glass, the Rose MTL is nicely put together. The one I received came in black and featured a quality anodized finish. This was nicely complimented by striking orange O-rings. I did think that the top cap/drip tip was a little unusual since it features a swirling stepped pattern which kind of reminded me of a walnut whip. Your mileage will vary as to whether this bothers you or not, personally I would have preferred something a bit more streamlined… but at least it’s unique! 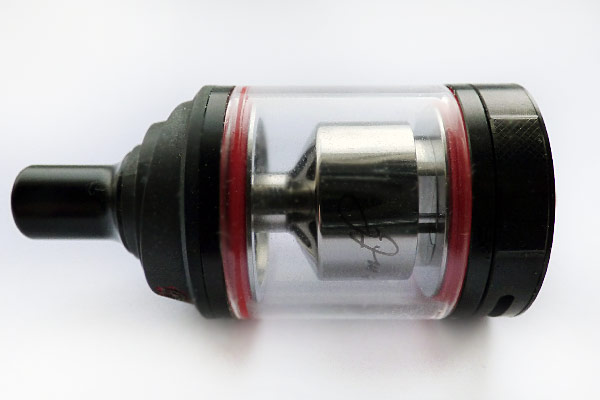 All of the parts felt nice and durable. The glass is of a good thickness and should and accident ever occur there is a replacement tube in the box. The Rose is convenient to break down and clean. The deck is excellent and really very simple to work with. I felt that all of the screws were good and trapped the wire well. As mentioned earlier despite the fact it only requires a single coil the four posts make it exceptionally approachable to the left handed folks out there. 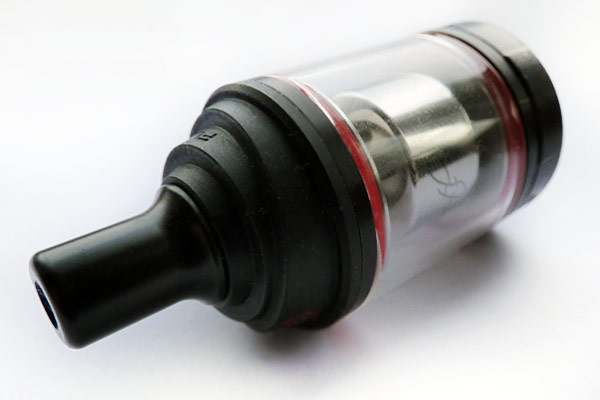 Logos are kept to a minimum with a single small rose motif in red located on the upper part of the tank. The top cap features a push down and turn opening mechanism. The POM drip tip is nicely designed and perfectly suitable for mouth to lung users. It is removable so you can replace it with another 510 drip tip from your collection. The drip tip on the tank I was sent had a very tight fit which made it quite hard to remove.

I had absolutely no issues getting the Rose to sit flush on my devices. Lastly the 510 pin is Gold-Plated so you will get excellent conductivity. 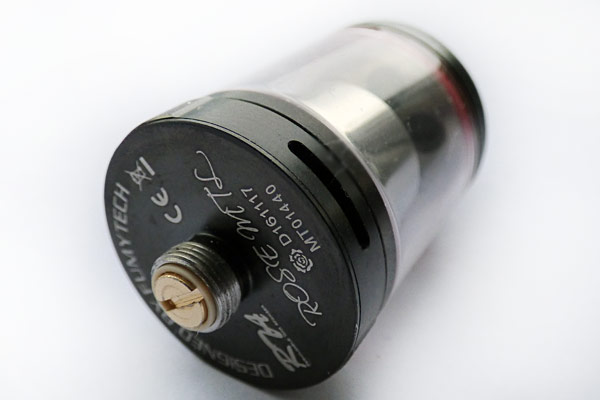 The airflow on this atomizer is quite unique even though it is intended primarily for MTL users. You can either have a tight restrictive draw or really open it up for a much airier and far looser vape. 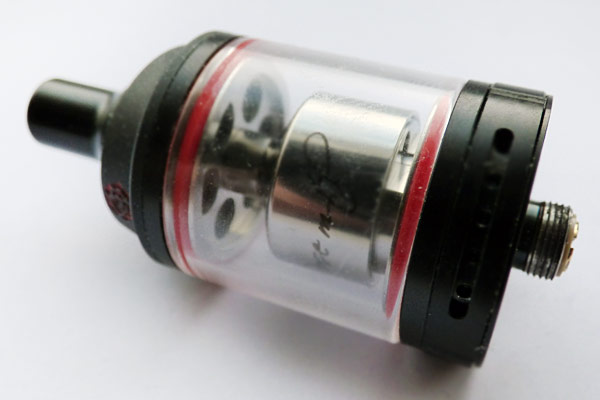 The airflow features an easy to adjust ring, one side features five air holes and the other has three air holes. This allows for a lot of variety and you can close one side off and only have a single air hole open on one side if you want a restrictive vape.

Building this RTA is simplicity itself and even a relative novice is unlikely to run into serious issues. The top fill system should make life very convenient but I had issues with it which I will make clear in the next section. 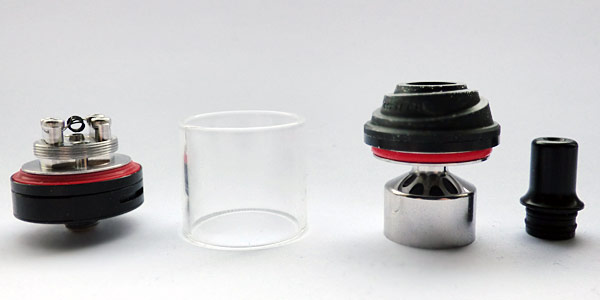 After allowing the cotton a little time to fully saturate I took my first vape. In my opinion the flavour this tank offers is very good being very clean and crisp. Considering the low price point I was impressed.

Cloud production was surprising and this tank put out quite a lot of vapour even when closing down the airflow. If you’re the kind of person who loves a tight draw but still loves clouds then I think you’d really get on with this. Running it fully opened up feels very much like a restricted lung inhale style of vaping so I think it’s really great that Fumytech have offered a good amount of variation with this atomizer.

Sadly I have on major gripe with this RTA and that’s the top fill. Every time I have made use of it the Rose will start to leak. It can happen immediately or after several minutes. It doesn’t matter how much wicking I use or whether I turn the tank upside down, because at some point it always leaks and that drives me nuts. The only solution I could find to get around this was by removing the tank from my device and bottom filling. Adopting this method I had no more leaks!

Clearly there is some issue with the top fill which is a shame and I think it is because the fit for the top cap is not recessed enough. I’ve noticed after removing it that a lot of liquid gets trapped under there and I suspect it’s running into the chimney. Problems aside I actually enjoyed using this RTA and given the low price point you may be able to live with it. This kind of issue is not just exclusive to the Rose. It also crops up eventually with my Siren GTA and also my Berserker (takes longer to occur usually after a second refill) which I also have to bottom fill. No product is totally perfect your mileage will vary as too how much you are willing to compromise with this product. Given that top filling is supposed to be convenient this atomizer falls short when it clearly leads to juice running down your expensive device several minutes later.

Despite that I really liked the vape I got from this tank, flavour was great and I felt the airflow had a nice range. In addition the capacity meant I wasn’t constantly having to fill it. Another plus point is the fact that it is so very easy to build, wick and clean. 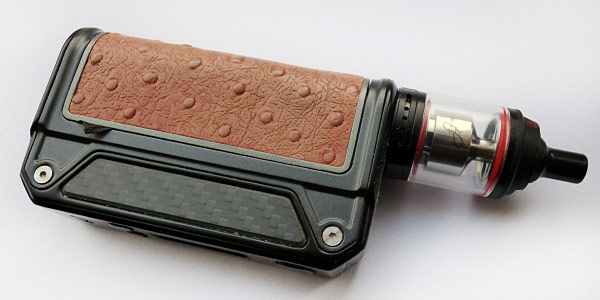 I’ve already clearly pointing out the leaking problem but if you’re prepared to bottom fill it this is a really good MTL RTA. The price is reasonable, flavour was very good, variation in airflow was excellent, and the overall ease of build makes it extremely approachable.

For what it’s worth I haven’t had a single leak since I stuck to bottom filling this atomizer, therefore if you’re willing to overlook its one greatest fault then this RTA might really suit you. Many thanks to Fumytech who kindly sent this product to Planet of the Vapes for us to review.