I could save a lot of time with this review as the front of the box pretty much covers everything, a 30 watt mini mod that’s waterproof, dustproof and shockproof and you can see what it looks like. 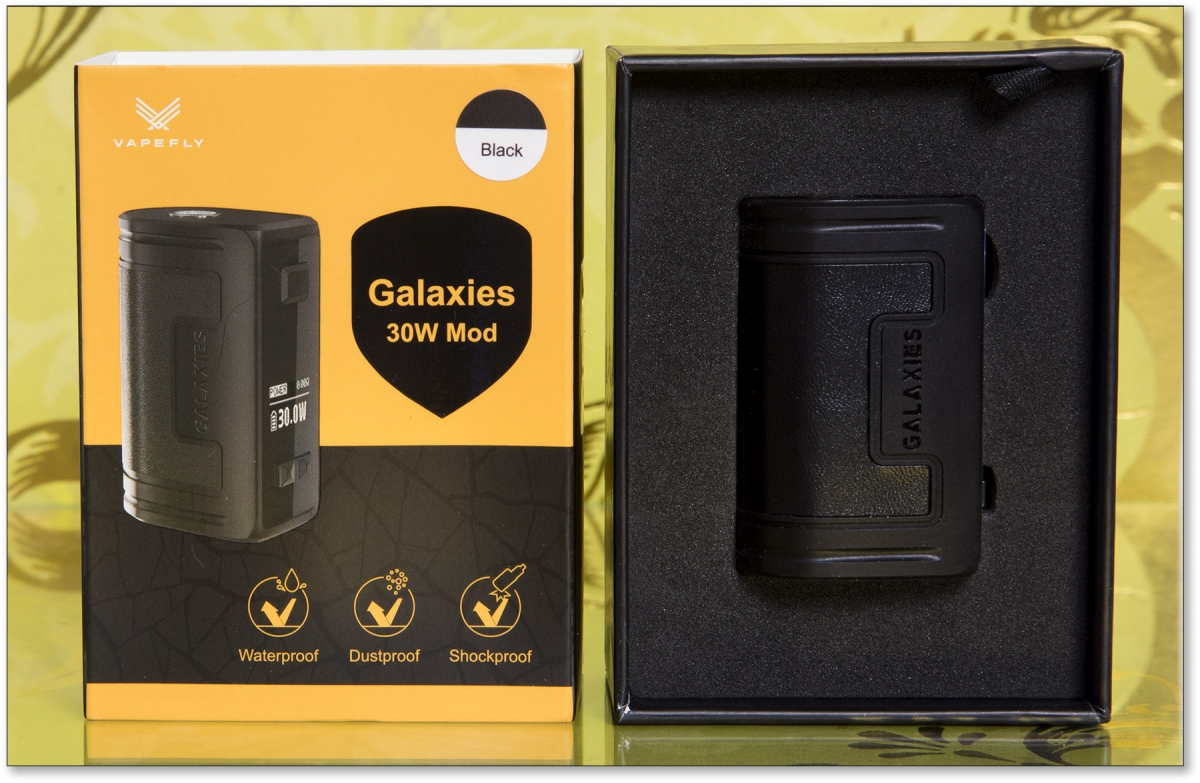 Okay I guess I should elaborate to make this review a review….

The Galaxies 30W Mod comes in a simple and quite a plain looking box and if I’m honest, the actual box mod itself is pretty plain. I think they could have made the packaging smaller as the size is deceptive so you don’t appreciate just how small the mod is from the outer sleeve photo.

As this is the mod only version of the new pod kit from Vapefly, then there’s very little in the packaging, just the mod, a little Micro USB cable, and the docs.

There’s only one feature that has left me confuzzled and that’s the ‘Innovative bayonet fit design’, I honestly have no clue what that is? Perhaps it’s something internal but I doubt it.

The specs are fairly basic but for the size, I think Vapefly did well to squeeze in a 950mAh battery into it. The charging is micro USB which is disappointing.

Underwhelmed sums up my initial thoughts. Although I loved the dinky size of the mod, it has very little style to it. I can understand that Vapefly had little room for style due to trying to keep the size down and making it waterproof.

I regret choosing the black version though as it looks and feels really cheap and it picks up fluff and lint far too easily, from new and photographing it, I was forever trying to defluff it between shots. I eventually gave up so you may see the results in the photos, but on the plus side you can simply rinse it under the tap to wash it.

The chassis is metal and coated with rubber to protect it from water etc. The top has a 510 fitting, and the face is not rubber coated but has a nasty CE marking and other info, this just looks wrong, but Vapefly had no other option as it must be included. I say no other option, but I think Geek Vape embossed it on the rubber on the base on the Aegis series.

There’s one thing that really cheapens the look of the mod though, the ‘leather’ like wrap which is really thin and has started to peel after a few days of use, it is probably the worst example of leather wrapping I have seen. Perhaps it is better on the other colours, but the black looks tacky.

The screen is really tiny and horizontal, it’s pretty much the same size as the Geek Vape Aegis Boost pod but is much brighter. There’s very little information on it:

There’s no puff counter or timer etc. but the only two things you really need to see are there; Ohms and Wattage.

That’s everything, a very basic chipset all in all, and pretty disappointing for a mod as this is something we see in basic pod kits. That said; the Galaxies 30W was released to accompany Vapefly’s new pod and I think it will be well suited for that. As a stand-alone mod, I found it lacking.

Size is where the Galaxies 30W offers the main benefit, it is one of the smallest 510 mods out there and I think it is the smallest waterproof mod available. If that was Vapefly’s aim, then it’s mission accomplished.

I grabbed one of my larger mods to give you some idea of the compact size. I popped on a 22mm RDA on top but it will accept a 24mm without overhang which was impressive.

I do have a thing for mini mods. Here’s the Galaxies 30W amongst some of my others, it is slightly smaller than my other devices but it lacks the features that the others offer and has a much smaller screen than two of them. The screen was brighter though, and the battery size was comparable. It is the lightest of the bunch and the only one that offers waterproof/shockproof/dustproof capabilities. 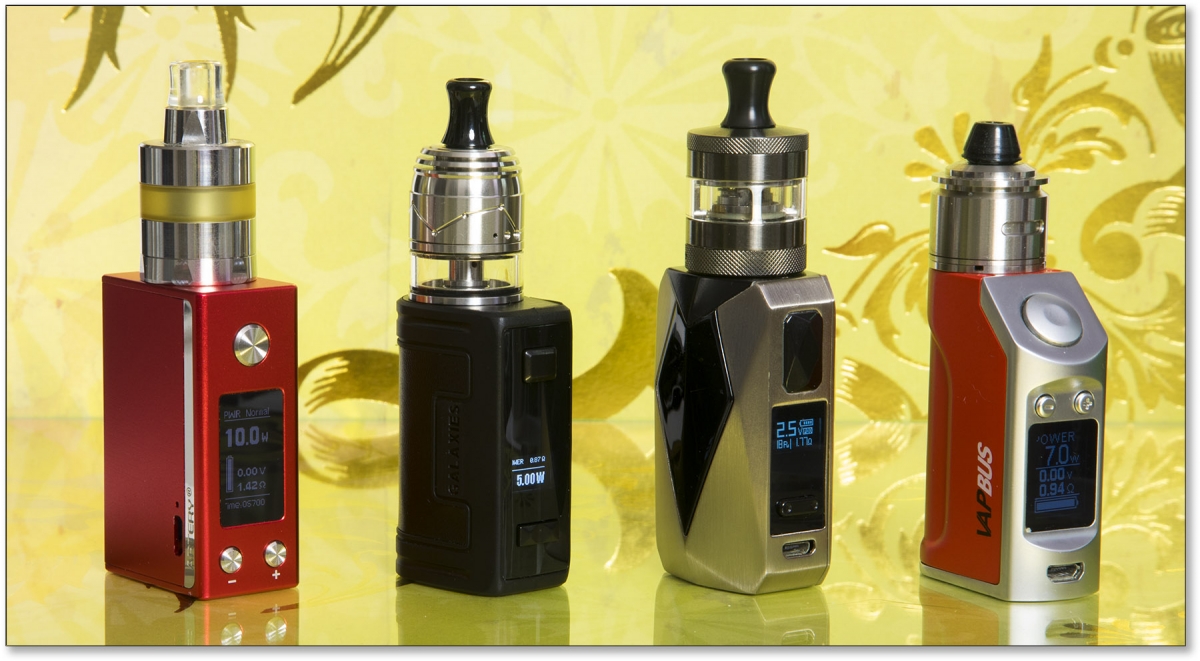 Though the Galaxies 30W will handle low powered DL tanks, I found it better suited MTL tanks at a lower wattage. I ended up using the excellent Vapefly Galaxies MTL RDTA at around 11 watts and it lasted me around 6 hours of regular use. The power delivery was fine but nothing remarkable.

In the hand, I really liked how the Galaxies felt; the fire button felt intuitive and the compact size and contoured shape felt comfortable while vaping. The grippy rubber coating added to the experience, however, the CE marking started bugging me as it was the only part of the mod that you could see when gripped. 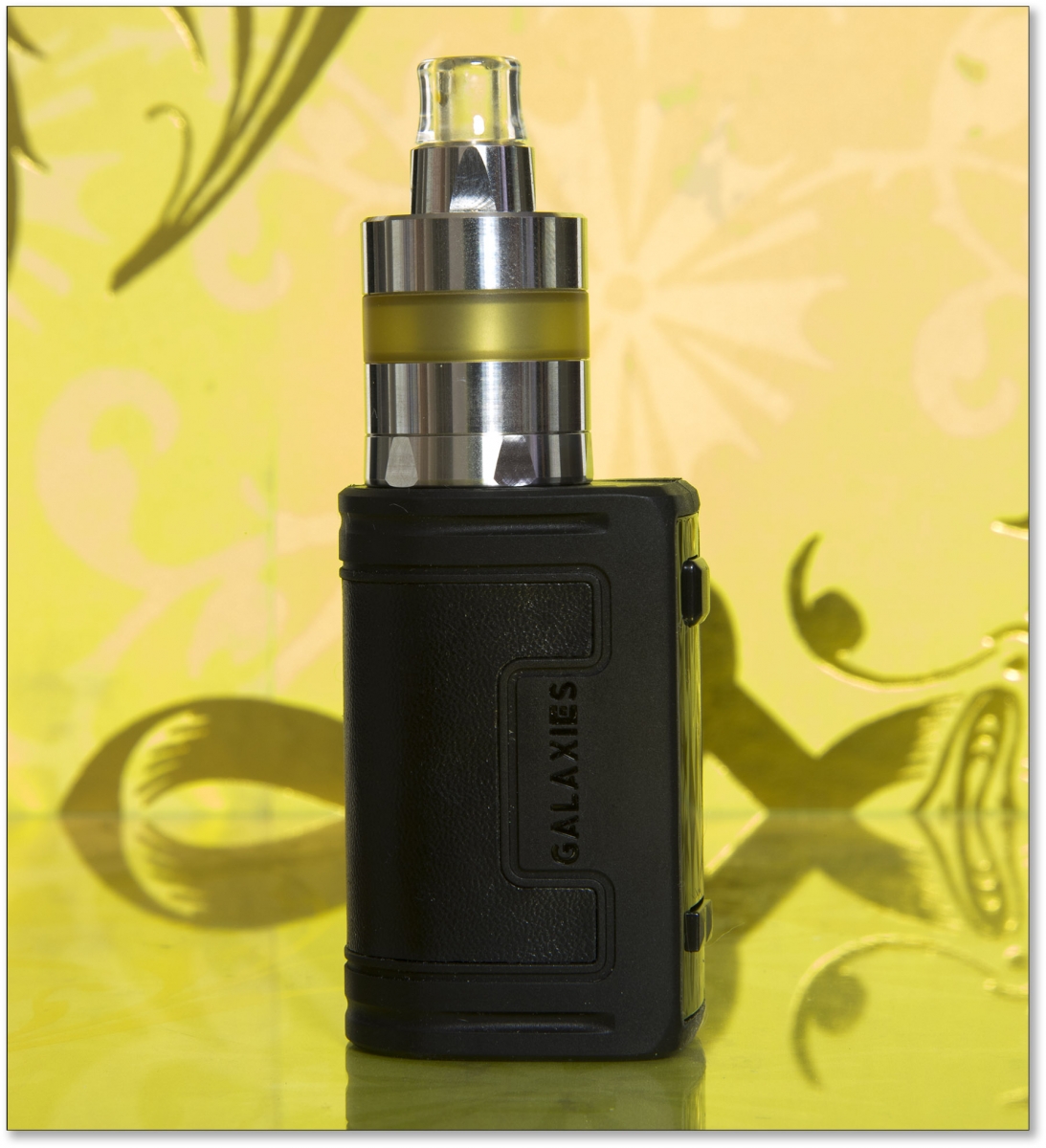 The thing I couldn’t get past was how old tech the Galaxies 30W is, the chipset is as basic as a variable wattage mod comes, with an old micro USB port and as much style as a scientist wearing a bum-bag, this just felt like something that was designed a few years ago and it looks out of place in today’s market.

I think that this mod only suits the pod kit which would have left a more positive overall experience. The colour choice makes some difference as the other variants appear to have a little more style. The black just looked a bit cheap and bland. Putting my pink bias aside, I think that option actually looks pretty natty.
https://www.sourcemore.com/vapefly-galaxies-30w-kit-with-galaxies-air-tank.html

As a stand-alone mod I think the Galaxies 30W falls short in a few ways. Paired up with the pod kit, I think it looks more at home and offers something that bit different in the crowded pod market. The durability and compact size are its main strengths if that’s something you’re looking for.

For me, I was generally underwhelmed and regretted not getting the pod kit as I think the overall performance of that combination would have impressed me more. It’s one of those things that if you’re not expecting anything special but if you like the simplicity of a diddy waterproof mod, then it might be worth a punt.

As you can probably tell by now, the Galaxies 30W Mod failed to impress me and this is one of the few vape reviews that ended up with more cons than pros. I don’t think it’s a total duffer though, and there’s certainly some appeal for users that are looking for the durability and compact size it offers.

I think going back to my opening comments sums it up, it does what it says on the box, just don’t expect much more. 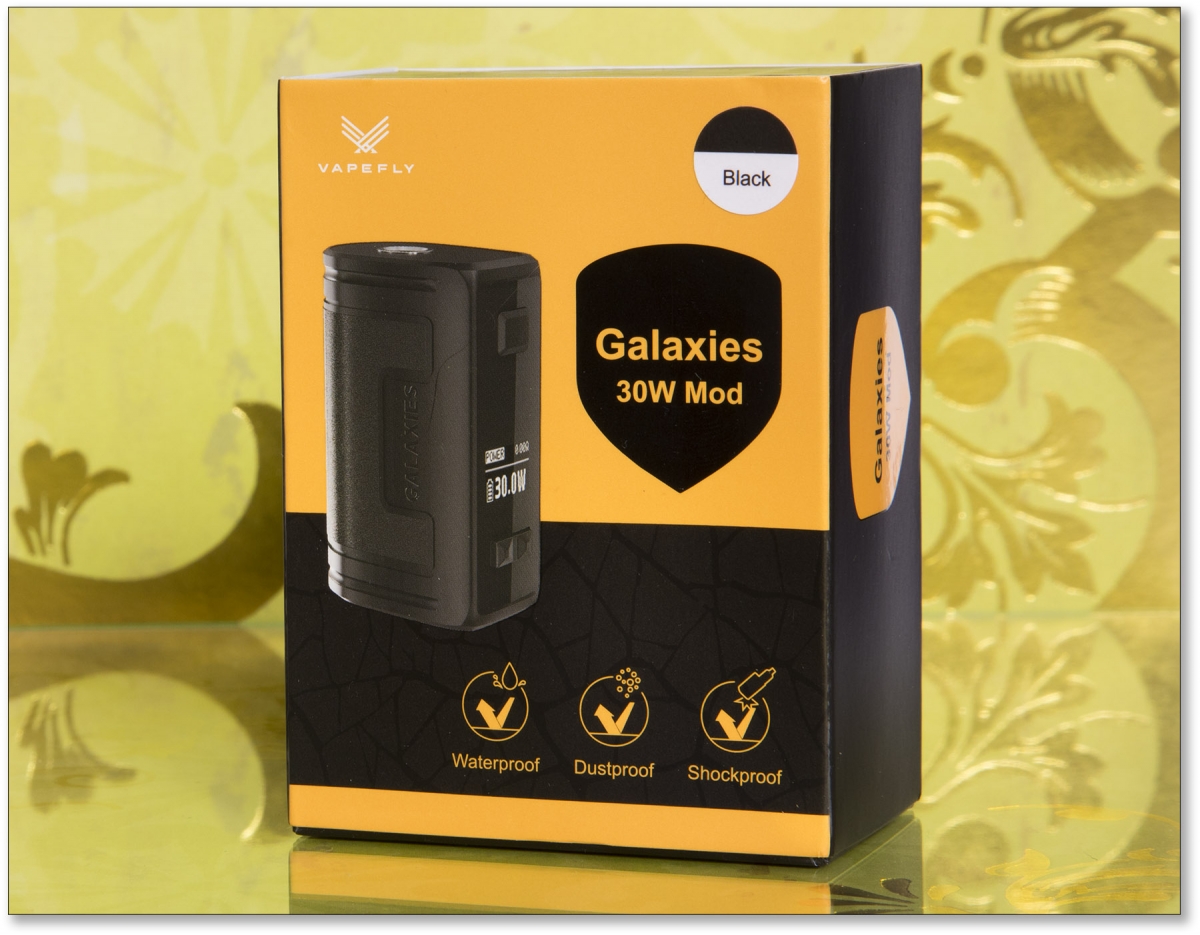