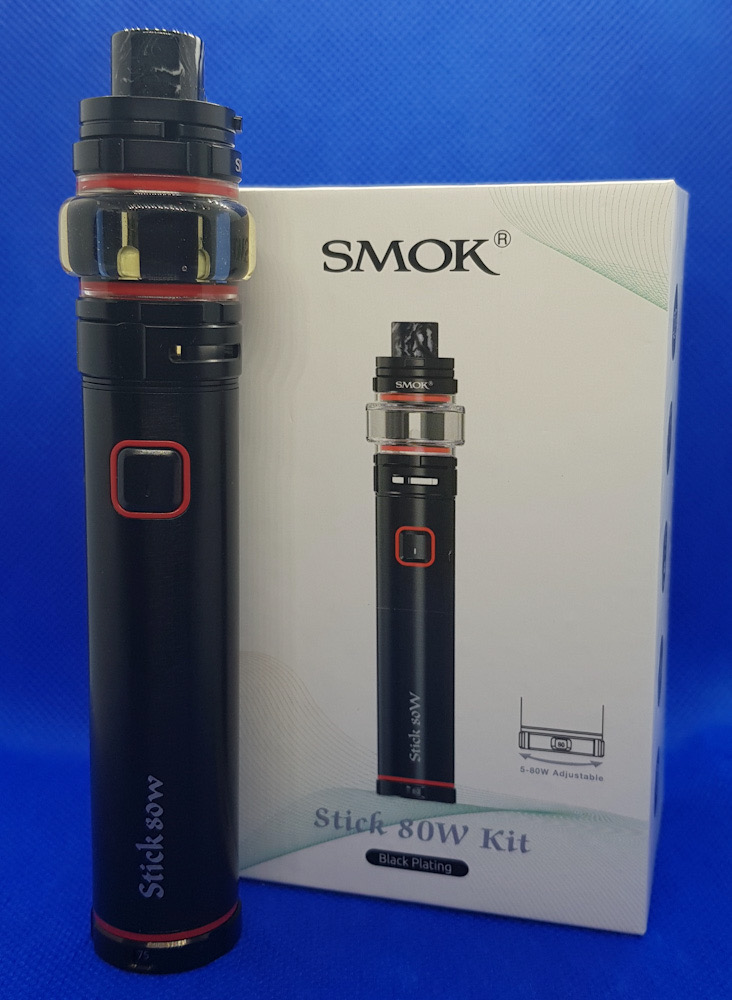 Healthcabin have sent out Smok’s latest stick style kit, which are always popular amongst newer vapers thanks to their simplicity, so let’s dig in and see what’s new. It all comes in a fairly compact box with all the bullet points you need about the kit about emblazoned around the sides of the box. Opening the lid reveals the Smok stick 80w itself and, in this international version that was sent for review, there’s the Smok TF sub ohm tank with one coil installed plus a spare coil (TPD compliant versions will ship with the 2ml tfv mini v2 instead). Under this tray is a user manual, warranty card, spare o-rings/gaskets for the TF tank and a nice flat micro USB cable, disappointingly there’s no spare glass for the tank though. The kit sent in for review has a striking black and red motif with an anodized finish but the kit is also available in red, gold, steel, blue and rainbow to suit your tastes. 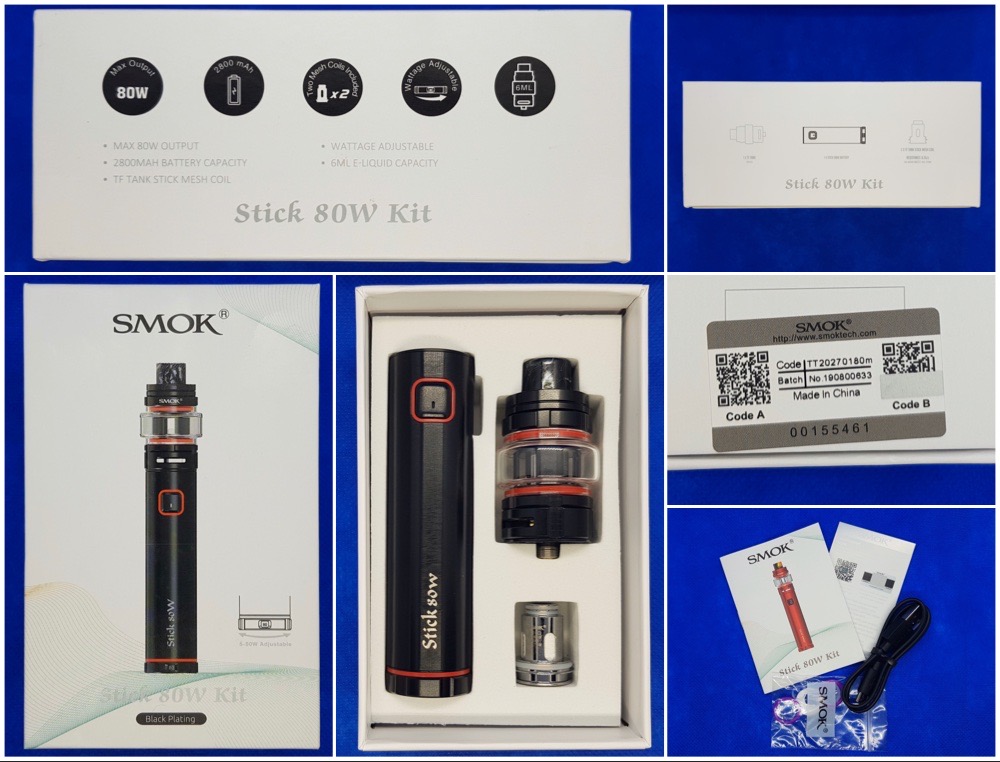 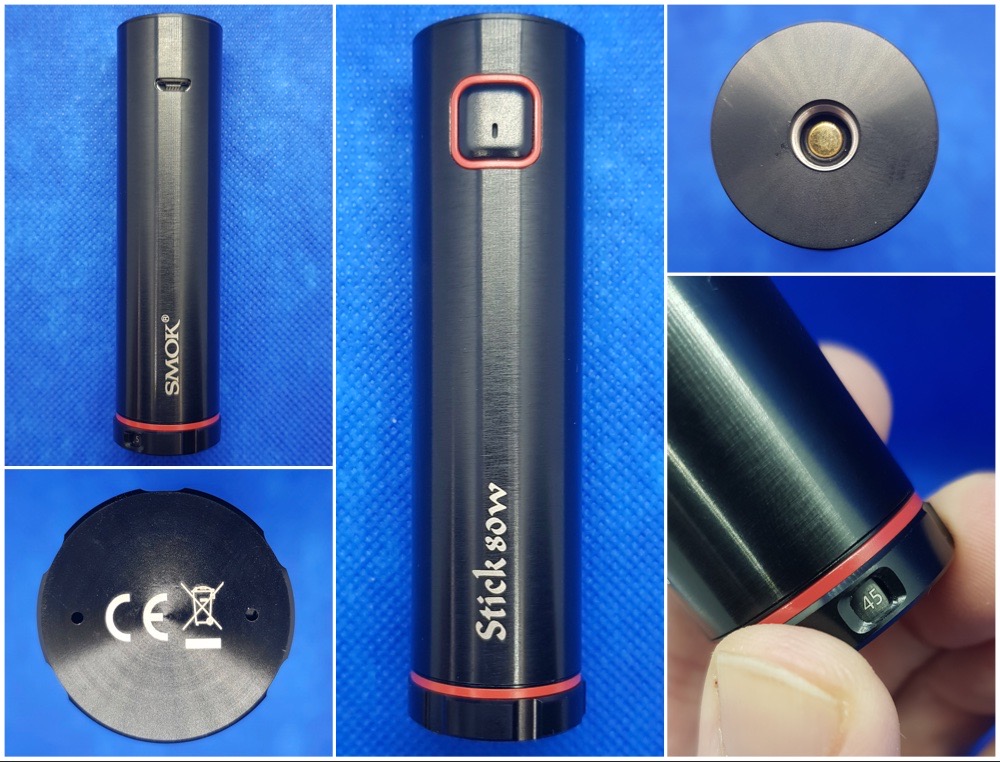 Set up and usage

The Stick 80w mod is a fairly standard tube affair as you would expect, with a stiffly spring loaded 510 up top, a square fire button on the front with a small LED indicator, a micro USB port round back for charging the internal battery, and a couple of small vent holes down on the base. What’s new and interesting with this kit though is the addition of adjustable wattage, which is done by twisting the base of the mod. Wattage can be adjusted in 5 watt increments from 5 watts to 80 watts. This is clearly marked and there’s a nice solid clicky feel to the movement. The fire button, likewise, has a reassuring click and I’ve had no issues with misfires etc. Pressing the fire button twice quickly will show the approximate battery level (green >70%, amber >30%, red <30%). The led is fairly small though and can be a little difficult to see at times. You can be reassured that there are also all the usual protections against short circuits and overcharging etc. as you would expect from a modern regulated mod.

I do have a few issues with the 510 threads on the review unit, although they work perfectly fine with the supplied TF tank they feel a little coarse when using my other tanks, so much so that several tanks have stubbornly refused to even screw down. For the tanks that do screw down, they have all worked perfectly but just be aware that not everything you may want to use with this mod will be compatible!

Disappointingly, the mod came completely discharged out of the box with the LED indicator flashing 15 times when I tried to use it indicating that the battery was already below the 3.3 volt cutoff limit. Fortunately charging seems to be quite good achieving about 1.3 amps and charging in around one hour and fifty minutes with the supplied cable. The battery capacity does seem to be a little overstated though, on multiple test runs after using the supplied TF tank, I was recording about 2150mAh of usable charge. To see if I could coax any more life out of the battery, I ran another test but once the battery hit the cutoff using the TF tank I swapped to a MTL setup at 15 watts. This produced better results at 2461mAh but it’s still short of the claimed 2800mAh so either the capacity is overrated or the low voltage cutoff is too high/aggressive. 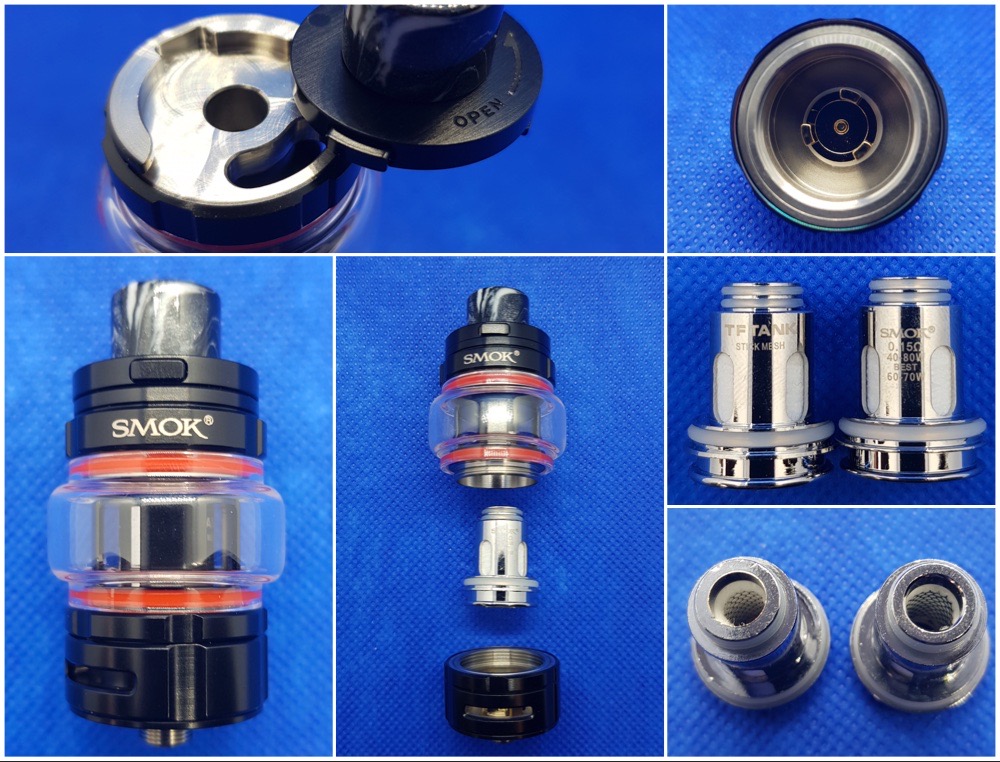 The TF tank has appeared in other recent smok kits but this time comes supplied with two identical 0.15 oHm stick mesh coils which have been designed for use with this kit. It’s a standard sub ohm tank with press fit coils, a large bubble glass holding 6ml of eliquid, more airflow than you will ever need and unusually for this day and age a 510 drip tip. It features smok’s signature opening method but there is also a small latch holding things securely closed so I’ve had no issues with it opening up in pockets and I’ve had no issues with leaky coils either.

The coils seemed a little inconsistent with visibly different bores, but this didn’t seem to affect performance in any way. Flavour production is on a par with most other mesh sub ohm tanks and I found the optimum power range to be around 55 to 65 watts with the airflow around one third closed. Close it much below this though and it has a tendency towards whistling. Coil life was reasonable if not outstanding, after four days I was starting to experience some intermittent vapour lock and by the end of day five there was a very definite burnt taste.

A very competent starter kit for intermediate users who want something simple but want some control over wattage which many other kits of this type don’t offer. Battery life is fairly standard for this style of mod with the battery being depleted by around mid afternoon with the supplied tank running at 55 watts so you’re potentially going to need another mod or access to a charger at some point during the day depending on how much you vape. Charging is reasonably fast though even if you do completely discharge the battery and if you can periodically charge up during the day, it shouldn’t be an issue.

Many thanks to Healthcabin for sending the Smok stick 80w kit out for review, don’t forget to visit their store and use the "POTV15" discount code when ordering. 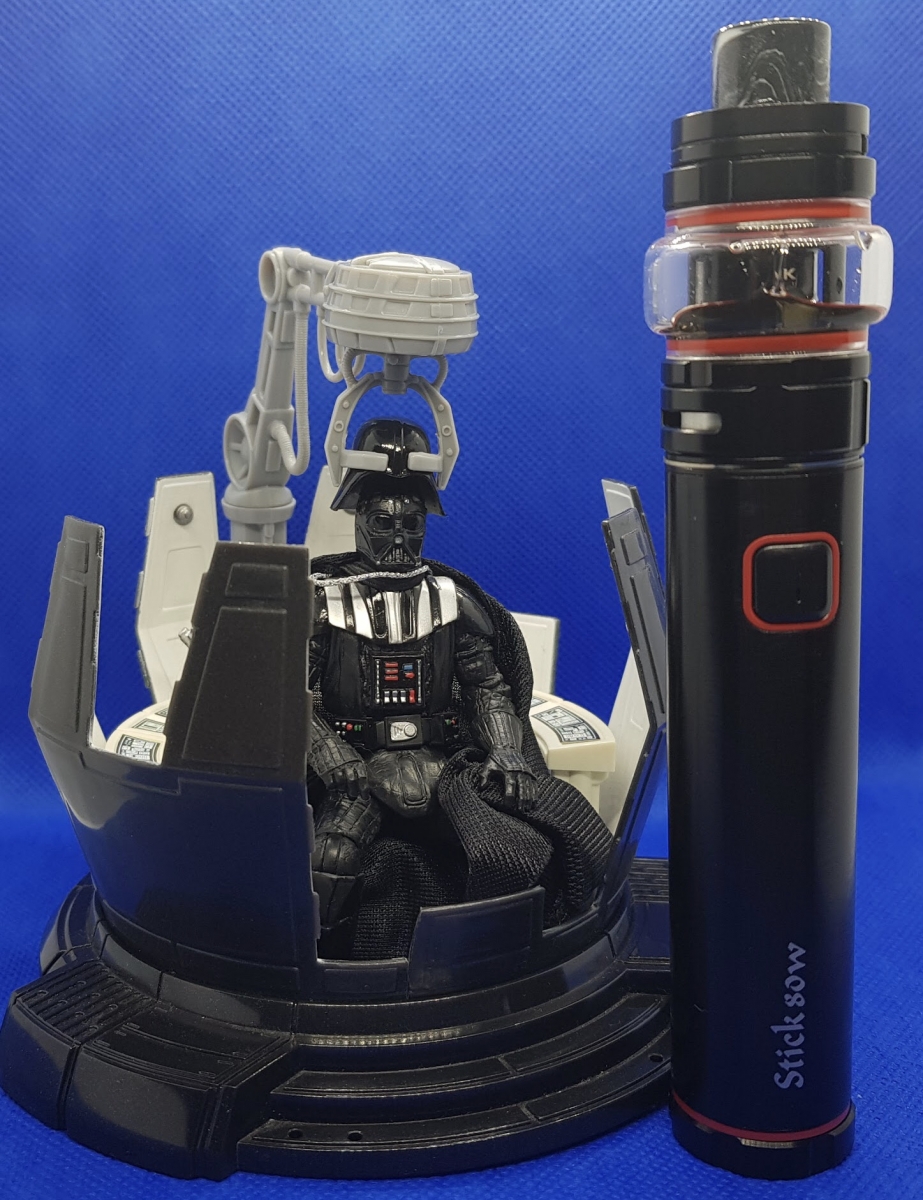