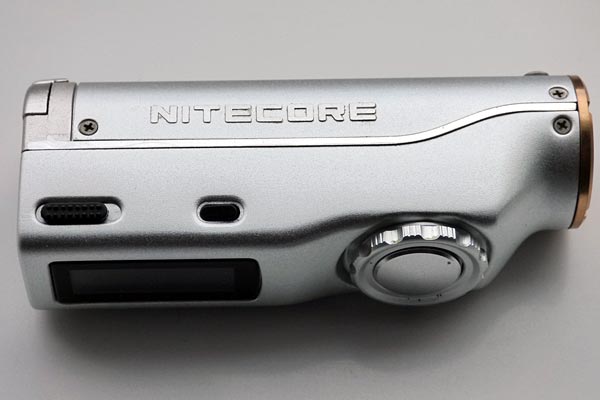 I am sure many of you will be familiar with Nitecore who are the manufacturers of the Intellicharger battery chargers that many of us currently own. The Pro Box Q50 is their first venture into the mod market.  It is a compact device that features Variable Wattage device offering 7-50W of power delivered by a single 18650 battery.

The Pro Box Q50 is a mixed bag in terms of its styling. Some people might appreciate its unique looks but unfortunately I am not one of them. The whole device just feels unnecessarily cluttered and while the form factor is reasonable with some nice rounded edges the location of the main fire button makes it feel uncomfortable to use. The materials used make for a lightweight device but in many ways feel cheap and not especially durable. Strangely the main fire button is surrounded by a wheel that you can turn to adjust the Wattage but you can only do this after first pressing the function button which is really tiny and located on the side of the casing.

The overall finish is fairly good but the location of everything on the device seems like it was added without any rhyme or reason. The 510 pin is spring-loaded but I did get a noticeable gap when fitting some atomizers and some tanks and drippers won’t sit flush at all. One serious problem with the 510 pin is that it moves around and does not stay central, in fact I would go so far as to say it was blatantly loose. To further compound the sheer amount of issues this device has the 510 pin is made from copper which means its long term durability is questionable.

The battery compartment lid is highly annoying and it can be difficult to press down when a battery is fitted. What is worse is the lack of correct battery orientation markings on the interior. While the manual itself shows the correct orientation I feel it’s rather remiss not to feature it on the device as well. One good thing is that the device does have a decent amount of venting with multiple grooved slots that are located in the base.

The Micro USB port is located at the side which means you won’t be able to keep the device upright when you charge it. 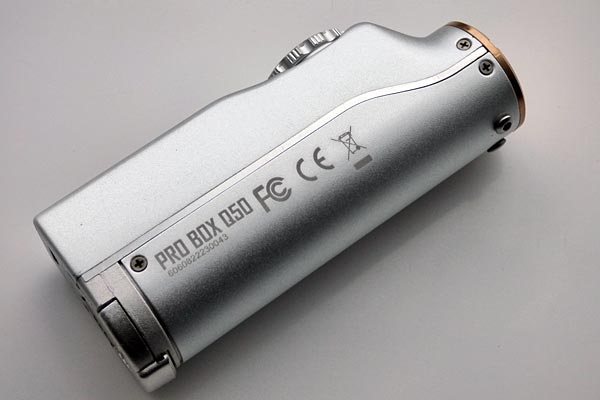 If I had to choose two words to describe this device it would be “highly inconvenient”. I think it’s fair to say that with most typical devices these days you expect the menu system to be relatively straightforward and you ideally don’t want to spend a lot of time adjusting things when you could be actually vaping instead!

In fairness I suppose it works in a fashion but the menu itself is really slow and sometimes glitches. The task of having to first hit the function button to open the menu to allow you to turn the dial surrounding the fire button to then actually adjust the Wattage is a monumental pain. Seriously Nitecore why can’t users just turn the dial to adjust the Wattage as and when they need to?

I assume someone in the design department thought this mind numbing process was somehow innovative which it certainly isn’t. What makes things even worse is that the function button is tiny and recessed in the casing of the device so you have to dig your nail in to actually press it. In my opinion this device needs some serious revision because at present it will compare poorly with the vast amount of mods on the market that feature a simple three button system with well laid out menus. Given that you can’t actually switch off the device without removing the battery and then having to once again deal with the less than ideal battery compartment lid just serves to drive the final nail into this devices coffin! 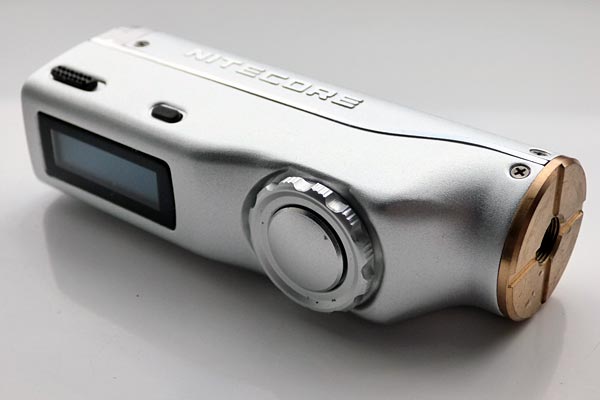 As I said earlier I really don’t like the way the 510 pin wobbles around but to be fair you can certainly get a decent enough vape with this device. The main issue I ran into was very unresponsive fire button which doesn’t always register when you press it and sometimes you have to press it three times before your atomizer will fire.

The menu system as mentioned above was highly annoying and I really felt that the manufacturer really missed the mark in so many areas. The menu system was also slow and the screen occasionally glitches out which makes me feel like the product wasn’t thoroughly tested.

If you receive this as a gift it would certainly be serviceable for a while but I don’t honestly seeing it lasting you a long time.

While the device certainly does work it has very little to offer the average user. A 50W device that only has one mode is not going to do well against other products out there. When you factor in that it isn’t particularly enjoyable to use due to its inconvenient menu system and unresponsive buttons I would speculate that anyone who ends up with one of these devices will quickly want to switch to something else in their collection. 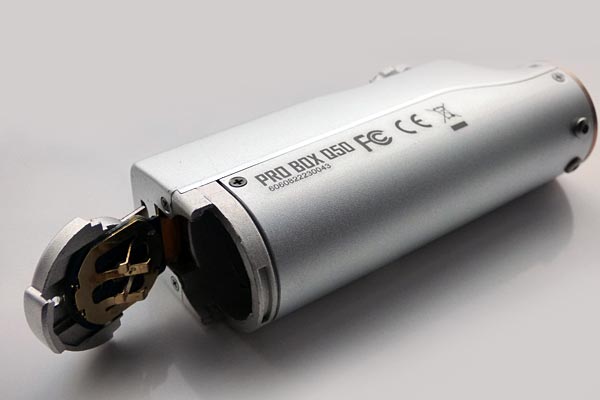 I have to say that I don’t find the Pro Box Q50 to be a particularly good device, in fact I would go so far as to say it’s a pretty dreadful device. My main issues are the poor battery compartment lid, the lack of correct battery orientation markings, the annoying menu, the unresponsive buttons; the wobbly 510 pin and the haphazard styling. Not to mention the irritating Wattage adjustment and cumbersome wheel.

Despite all this the device does at least work to a degree and you can get a vape out of it but I would personally wait until Nitecore have addressed these problems. Nitecore make some quality battery chargers but this first mod from them leaves a great deal to be desired.

Editors Note: I have tried this device as well.  I was so excited about this device coming out having seen one at Tab Expo last year, I was amazed at the size and weight of the device and I was really looking forward to its release.  I absolutely agree with Vapemaster's comments and I hope that Nitecore take this feedback onboard and make a device that is vaper-friendly.  Maybe they need to enlist people from within the community to help them give feedback before it goes into production as the quality issues present should never have made it to final release. With this said I can get an OK vape out of the thing with a stock set up, but the menus are annoying, the gap between atty and mod are an insult to the eye and the menu selection method is way too fiddly.

Despite its flaws we are still giving these items away.  They will make OK backup devices, or out and about beaters, or something to stick on shelf to donate to a future vape museum as there isn't likely to be too many of these knocking about ;)  If you would like to win this device then head over here to our competition page. 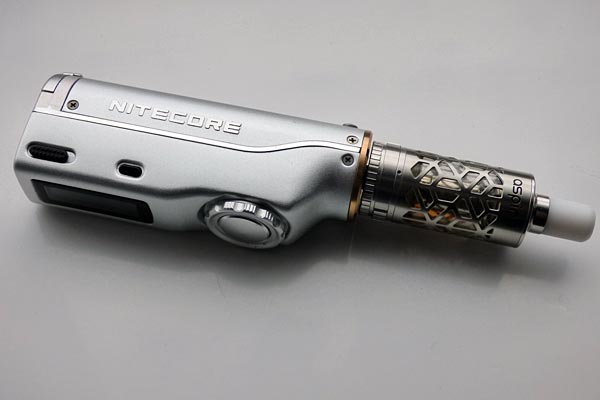