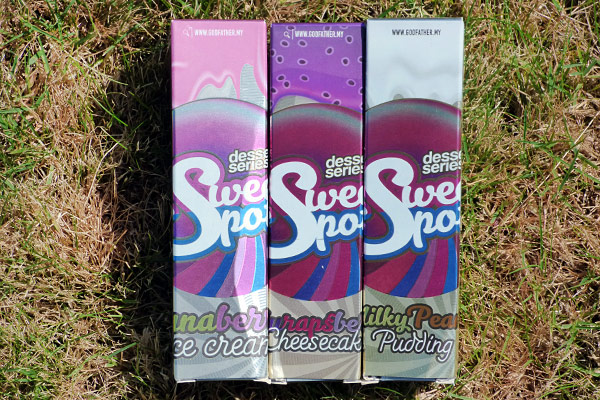 Well the TPD is now in full effect and the face of vaping has changed once again. Many of us long term users should be familiar with constant changes in the vape industry by now but for those of you out there who have been too used to ordering 50ml or 100ml bottles of ready mixed and steeped juice you may not have delved into the new art of flavour shots and separate bottles of nicotine infusions. Therefore this review should hopefully provide a useful primer. Of course if you’ve done a bit of DIY mixing in your time you have nothing to worry about but if this is all entirely new to you… don’t panic because it is extremely easy even though I still managed to make a pig’s ear out of it but you’re all so much more sensible than me so stay positive! 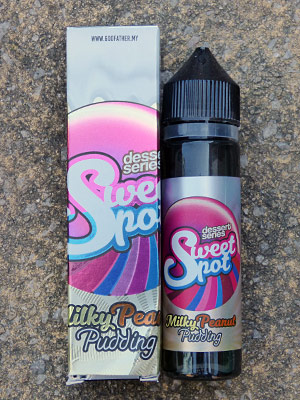 Sweet Spot Flavour Shots were sent out to us by Grey Haze and currently consist of four different flavours of which we received three to review but do keep in mind that all they contain is the base flavour, VG and PG. There is no nicotine present and while you could most likely vape them as zero nicotine strength E-Liquids the information on Grey Haze points out that you ideally do need to add nicotine. I thought it was important for our readers to see just how well they work and Grey Haze kindly provided three bottles of QuickNic for use with these flavours.

The juice comes in 60ml squeezable plastic bottles with child proof top caps. At first glance your immediate reaction upon receiving them might be “Hey these bottles aren’t filled to capacity” but don’t stress out because they are filled with 50ml of flavour concentrate along with the correct ratio of VG and PG therefore all you have to add is a 10ml bottle of 20mg strength Nicotine which Grey Haze sells as QuickNic.

As a very quick how to guide I have outlined the formula below.

As you can clearly see these Sweet Shot Flavour Shots bottles being 60ml in capacity require an entire bottle of QuickNic which results in 60ml of vapeable juice. Keep in mind that you are limited to a maximum of 3mg strength with these bottles so if you prefer something stronger these are not for you.

Now the bottles themselves feature attractive labels which are eye-catching and display all of the relevant warning information. The only issue I found with them is the nozzle caps which were an absolute pain to remove and you need to get those off to squeeze in your entire bottle of QuickNic. I found it best to work over the kitchen sink and get the edge of a knife under them. Typically when I come across a bottle nozzle that won’t play ball I usually get a pair of pliers to it but in the case of these bottles the nozzles are very soft and it is possible you could break them. In some respects I think some of the hassle could have been avoided if the QuickNic bottles featured a needle applicator which would have allowed you to squeeze the nicotine in directly through the nozzle, but sadly not. 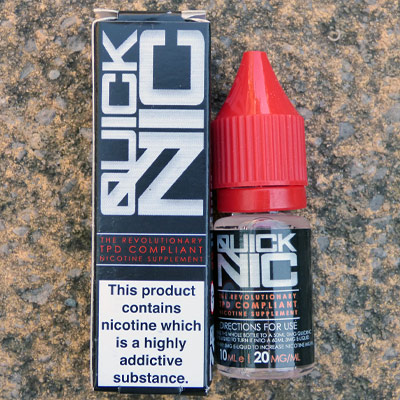 As I’m sure you can gather my first experience of doing this felt like a bit of faffing around and to be quite honest doing traditional DIY E-Liquid mixing felt surprisingly simpler to me. What’s worse is that when I came to use one of the bottles of QuickNic as I was squeezing it in the nozzle of that bottle simply ended up coming away and floating in the bottle of Flavour Shot so I had to waste some time playing fish around in the bottle which was a whole heap of fun and absolutely made my day! If you have ever encountered Murphy’s Law you will know that plans inevitably go awry but thankfully I had no such issues with the other bottles.

Keep in mind that even though the QuickNic is only 20mg strength you really do not want to have any accidents with it so if you an occasional clumsy prat like me make sure to use some rubber gloves and a pair of protective glasses. I would rather you were all safe than sorry.

Once you’ve filled up the Sweet Spot Flavour Shot bottle with some QuickNic or any other suitable 10ml 20mg strength nicotine you may have purchased elsewhere simply replace the nozzle and the top cap and give the bottle a good shake. You could put it in a dark place for a few days if you feel the need to steep it but I found I could happily vape this juice right away so I’ll leave that decision entirely up to you.

Right then…on to the flavours. After preparing all three bottles I tried each of them out in my Tokugawa RDA which is currently fitted with a 0.6ohm Clapton coil and also in the Aspire Nautilus 2 which at present is fitted with a 1.8ohm coil. 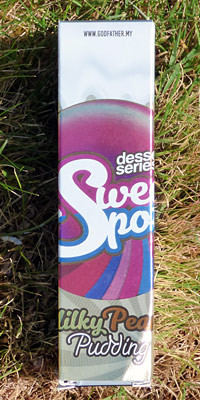 A delicious combination of peanut and creamy milk.

On the inhale you get a good strong taste of peanut which has a tasty creamy quality to it much like you would notice if eating a Snicker bar. What follows on the inhale is a slightly sweet milk taste that compliments the peanut flavour nicely. I thought the flavours were well balanced and even though it wasn't my favourite flavour out of this batch it will certainly appeal to peanut fans.

Nevertheless I still enjoyed this one to an extent and I felt the ingredients come across as very natural! The flavour is reasonably strong and this also tends to manifest in the throat hit which I found to be medium to strong when used in my Tokugawa RDA. I found the flavour became more balanced and a little less potent when used in an Aspire Nautilus 2 which resulted in a medium throat hit. Vapour production was very good so will be unlikely to disappoint you. 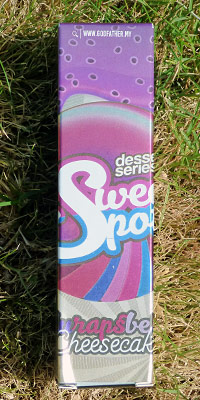 This juice offers an absolutely gorgeous sweet blueberry flavour on the inhale which tastes extremely realistic. Following this lovely fruity flavour is layers of delicious cheesecake which gives the whole mix a slightly creamy quality. I personally could happily vape this flavour all day long since I have become something of a blueberry convert!

I found the throat hit to be mild and once more vapour production was very good and will be perfectly satisfactory for most typical users. This one was equally enjoyable in the Nautilus 2. 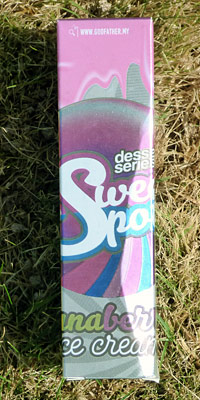 The blend of the fruitiness of strawberries with a creamy banana and just a hint of vanilla ice cream.

As you know banana vapes and I don’t always get on but there of course exceptions and I am happy to say that this is one of them. First impressions however weren’t that great because the smell of banana from the bottle as I squeezed out the juice was rather overpowering and reminded me a lot of those awful banana foam sweets. Thankfully the taste is altogether different and what you get on the inhale is a delicious and sweet banana that comes across as extremely natural and not at all unpleasant.

I have no idea which banana concentrate has been used but it heavily reminds me of the one that is used in El Diablo Mambo which is a banana vape I have always loved but that particular flavour also contains caramel and this one is quite different and actually has a very subtle taste of strawberry which comes through slightly on occasion. The lovely taste of banana is followed on the exhale by a very enjoyable ice cream flavour that rounds off the sweetness of the banana slightly and makes for an absolutely cracking vape!

Providing you like strawberries, banana and ice cream I see no reason at all why you wouldn’t enjoy this. I found the throat hit to be mild and the vapour production was very good. Even though this was good in the Nautilus 2 I found it a little harder to pick out the strawberry and the exquisite banana taste was in my opinion vastly superior in a decent RDA.

Despite some of the troubles I had with the bottle nozzles which are less than ideal these are an excellent range of delicious flavour shots offering a varied selection so you can guarantee there will be at least one which might appeal to you. The flavours are tasty and very natural and well worth checking out!

Sweet Spot Flavour Shots are currently priced at £14.95 for a 60ml bottle but as I said that only contains 50ml of pre-mixed flavour so you will need to add a an 10ml bottle of QuickNic which costs a mere 99p. All in all £15.94 for 60ml of 3mg strength E-Liquid is very reasonable and compares well to what you would pay before the TPD reared its ugly head! The only difference is that now you have to do some of the work yourself but the actual mixing once you get the knack of it is very straightforward so don’t let it put you off.

You can get Sweet Spot Flavour Shots directly from Grey Haze and also the required QuickNic bottles. Remember to use code POTV10 at the checkout for 10% off your purchase.  Many thanks to Grey Haze who kindly sent these E-Liquid flavour shots to Planet of the Vapes for us to review. 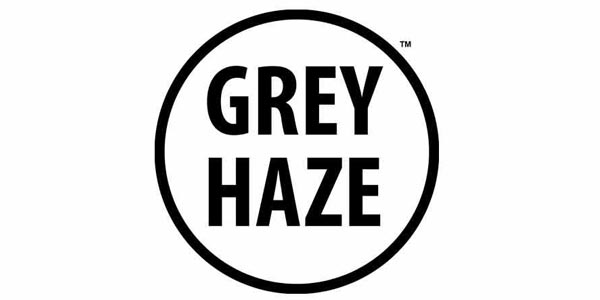