The New Nicotine Alliance (NNA) has responded to the government’s Tobacco and Related Products Regulations review. It says the government’s review of vaping regulations could be worse but could also be better. The NNA is the UK’s leading charity working to improve individual, organisational and public understanding of tobacco harm reduction.

The TRPR are the regulations which govern vaping following the UK no longer having to conform to the European Union’s Tobacco Products Directive.

The government’s review has concluded that the current set of regulations meet the original objectives of promoting vaping to smokers while not encouraging use by young people. It also concludes the objectives could not be better achieved through alternative regulatory measures.

The NNA says: “While it is disappointing not to see immediate signs of regulations being relaxed post-Brexit, such as the limits on tank and bottle sizes and a recognition that the limit on nicotine concentration is inadequate as we have commented on before, we are pleased that the UK has not been seduced by more restrictive regulations which are being pursued in other countries.”

The government has proposed that changes could be made in the future, writing: “The Government will consider further regulatory reforms to TRPR as part of its plans towards meeting its Smokefree 2030 ambition, and to protect future generations from the harms of tobacco. This includes those reforms suggested by respondents to the consultation. Any proposed changes will be based on robust evidence and support improvements to public health.”

The NNA added: “We would, of course, hope that any future reforms will be sympathetic to reduced risk nicotine options, but the summary does not exclude putting up more barriers. As consumers who have experienced the benefits of harm reduction in our own lives, the NNA believes the arguments for relaxing regulations are far more evidence-based than those put forward in favour of imposing more restrictions.

“It should be recognised that, although regulations remain as they are for now, by doing so the government has clearly signalled that vaping is beneficial to public health in the UK and that there is no cause for alarm despite misinformation rife in media and elsewhere.

“However, we believe the regulations could be improved by relaxing pointless vaping controls which only serve to inconvenience vapers and deter smokers switching, but also by better acknowledging the positive contribution other harm reduction options can provide.”

The consumer charity says that the government has to go “all in” on tobacco harm reduction products if it is to achieve its Smokefree 2030 target. This should include e-cigs, heated tobacco, and nicotine pouches.

“Heated tobacco and nicotine pouches are available on the market, but many smokers know little about them, while snus has delivered remarkable results in Scandinavian countries but is subject to an unjustifiable EU-wide ban which should be lifted now we have left the European Union.” 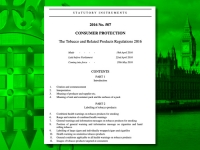 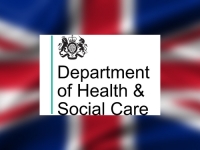