Independent vape company Totally Wicked has been Blackburn Rovers’ training kit sponsor since 2018, but following Rovers ending its association with Recoverite Compression, now Totally Wicked is the principal sponsor for the football club. The announcement was met with mixed response on the club’s social media and attracted negative comments in a feature for ITV News – prompting a swift response from the Independent British Vape Trade Association (IBVTA).

Recoverite Compression became the name emblazoned on the Championship club’s shirts back in August 2020, but the lucrative two-year deal came to an unexpected early end last month. Local company Totally Wicked leapt into the breach to plug the financial gap by upgrading its support to become the club’s new official leading sponsor.

The decision involving Recoverite Compression came about due to the Covid-19 pandemic and the impact of the related lockdowns.

Blackburn Rovers said: “The two parties have been unable to develop a number of the exciting and innovative product and performance plans that were put in place when the sponsorship agreement was announced.

“Whilst Rovers are disappointed that the partnership has come to an end prematurely, particularly with such an exciting second half of the season in store, the club is delighted to enhance its close relationship with training wear partner Totally Wicked.

"The thriving local business, which was founded in Blackburn, became Rovers’ official training kit sponsor in September 2018 and the successful partnership is now in its fourth successive season."

Totally Wicked’s chairman, Fraser Cropper said: "Our headquarters are located within a short walking distance of Ewood Park and many of our team across the business, including our leadership team, are passionate supporters of our hometown club.

"It was therefore a proud moment when we became club sponsors in 2018 and hopefully we will continue this affiliation and support for many years beyond. The opportunity to support further with the privilege of being principal shirt sponsors for the remainder of the season is a real honour for our brand.

"With such a great start to this season, along with every other supporter, we hope that this season’s end is as memorable and successful as 1992 and 2001."

Unfortunately, the higher profile of Totally Wicked’s involvement provoked negative comments, some of which were broadcast on ITV’s 10 o’clock news. The Independent British Vape Trade Association was swift to defend one of its members.

The trade body said: “The IBVTA are aware of an ITV news item broadcast and published online last night.

“In the piece, a medical professional expressed the opinion that the logo of a vaping business should not be associated with the sports team which the business has been sponsoring for a number of years now and was attractive to children.

“The IBVTA member featured has become one of the most popular brands in the UK by selling to adult smokers and ex-smokers for almost 14 years, with strict age verification policies in place both online and in their stores. The average age of their customer is just over 43, intimating that neither their products nor brands are particularly attractive to young adults, let alone children and dismisses the claim that adults are not attracted by a bit of ‘fun’ imagery.

“Similar claims have been levied at other IBVTA members over the years, and such claims ignore the fact that reputable businesses are precluded to selling their products to those under 18 by law and would be risking their business if they did.

“Vaping continues to be supported by OHID (formerly part of PHE), the NHS, Cancer Research UK, the Royal College of Physicians and many other highly reputable UK organisations as an effective quit aid that is very much safer than smoking.

“Independent vaping businesses across the country have led the UK to the position of world leader in vaping and harm reduction, and vaping has already helped millions of smokers to improve their lives for the better. It is unfortunate that the media would rather portray vaping as something that should be curtailed from reaching even more adult smokers.” 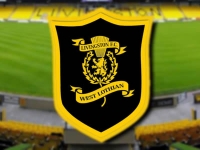 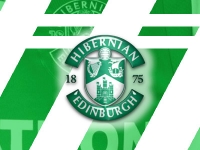 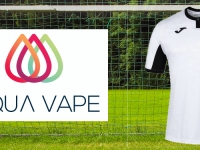