Bloomberg organisation The Union has won its battle to prevent a children’s hospital being built and its celebrations left a bad taste in many mouths. It is consistent with other Bloomberg cash being used to prevent COVID-19 patients from accessing face masks, testing equipment, and ventilators.

“The Union congratulates the Kathmandu Institute of Child Health (KIOCH) for rejecting a ‘donation’ of US$ 400,000 and declining a partnership offer from Surya Nepal Private Limited, the country’s largest tobacco company,” it writes (1).

“The donation was offered for a new children’s hospital, but tobacco control advocates moved quickly, preventing the company’s duplicitous attempt to improve its public image while simultaneously marketing its deadly products.”

It quotes a surreal Dr Tara Singh Bam, its Director of The Union Asia Pacific Office, celebrating children going without a hospital: “This is yet another victory against the tobacco industry and its nefarious attempts to clean up its image through so-called Corporate Social Responsibility (CSR) activities. The message is loud and clear: tobacco industry tactics to undermine public health will not be tolerated.”

Last April, Planet of the Vapes reported how Philip Morris International (PMI) was “criticised” for offering to donate 19 ventilators to intensive care units in Greece to help fight COVID-19.

“Big Tobacco criticised for 'coronavirus publicity stunt' after donating ventilators,” wrote Bloomberg funded The Bureau of Investigative Journalism (TBIJ). PMI had told nobody about it which made it a very poor publicity stunt. Bloomberg’s puppets quoted ASH’s Deborah Arnott saying: “This is a shameful publicity stunt by Philip Morris International, which owns Papastratos and has a 40% share of the Greek tobacco market.”

Dr Moira Gilchrist, PMI’s Vice President, responded, calling the article the “most shameful Vital Strategies funded article from TBIJ to-date. There's a pandemic. We were asked to help source life-saving ventilators by the Greek Ministry of Health. Why? Because we could do it. And did. TBIJ knew this. We told them a week ago.”

She said the TBIJ “decided to twist the story”, as it “seems they would rather [PMI] did nothing”.

This week, a similar situation has broken out in the Philippines. "The tobacco industry has a long history of using so-called corporate social responsibility or CSR to interfere with policymaking," said ImagineLaw executive director Sophia Monica San Luis in response to PMI donating face masks, testing equipment, and ventilators to the country.

ImagineLaw is the recipient of funding from Bloomberg Philanthropies (3), one of billionaire Bloomberg’s organisations that was slammed for trying to buy Pinoy legislation. 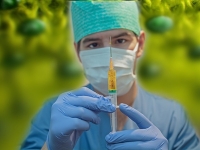 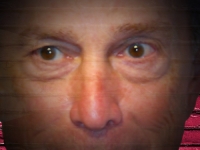 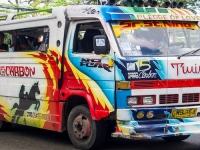