Consumer groups The New Nicotine Alliance (NNA) and the European Tobacco Harm Reduction Advocates (ETHRA) have made submissions to the UK government as part of The Tobacco and Related Products Regulations 2016 (TRPR) consultation exercise. The government will now factor all of the responses into how it revamps post-Brexit vape legislation.

“We’re asking for feedback on the effectiveness of the legislation in achieving its objectives along with any unintended consequences that may have occurred. TRPR(1) and SPoT require the Secretary of State for Health and Social Care to complete a review of the legislation within 5 years of the regulations coming into force. This is known as a post implementation review (PIR). We expect a wide range of industry, charities, academic researchers and members of the public to respond to this consultation,” said the UK government as it announced the opening of the consultation exercise.

The NNA(2) told them the current regulations are disproportionate in that they overhype fear of teen use and “actively discourage adult smokers from attempting to switch to safer products.”

The organisation works on behalf of nicotine consumers and stated the current 20mg/ml limit, “is inadequate for enabling many smokers to replace smoking with vaping. A higher nicotine concentration limit – or none at all – would be far more effective at attracting hard-to-reach heavy smokers to reduced risk products.”

ETHRA(3) agrees, and added that 2ml and 10 ml volume limit to tanks and refill bottles are “overly restrictive”, and that current advertising regulations act as “a hindrance to adult smokers wishing to use e-cigarettes to quit.”

The NNA also pointed out changes that could be made to health policy. “The UK is a world leader in making vaping products available for smokers wishing to try them,” it said, “but we could still do better. PHE’s latest update revealed that only 11% of Stop Smoking Services supply vaping equipment, despite the superior success they can achieve. This percentage should be greatly increased.”

Joining the praise for the UK’s approach to tobacco harm reduction, ETHRA said: “We know that vaping products are far more accessible to adult smokers in the UK than in many other European countries and we commend the UK government for maximising the opportunities offered by e-cigarettes.”

It suggested we take the opportunity to support snus as “having a wide variety of affordable and attractive alternatives to smoking available (not only vaping products) will give the UK the best chance of reaching its smoke free target.”

Ultimately, the NNA sums up the current situation: “If the UK aspires to be smoke free by 2030, all options should be available to smokers and accurate information be provided instead of the doubt and uncertainty the TRPR currently allows. The TRPR was drafted in the aftermath of the EU TPD which was debated almost a decade ago. As a result, the regulations are substantially out-of-date and very much in need of reform.” 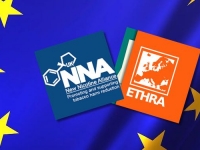 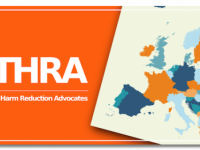 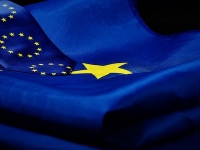