Advocacy organisations CAPHRA and ETHRA have attacked Pinoy plans to attach graphic health warnings on reduced harm products. Meanwhile, the decision made by the Philippines’ Food and Drug Administration to accept money from an anti-vape Bloomberg foundation is now raising eyebrows and questions in the United States.

“We understand that the Department of Health is planning to issue health warnings for e-cigarettes and heated tobacco products and we are writing today to urge you to adopt warnings which will encourage smokers to use safer nicotine products to quit smoking,” the European Tobacco Harm Reduction Advocates (ETHRA) write in a letter to Secretary Duque.

Citing The UK’s Royal College of Physicians, ETHRA points out the simple truth about e-cigarettes: “The available data suggest that they are unlikely to exceed 5% of those associated with smoked tobacco products, and may well be substantially lower than this figure.”

The organisation asks: “A key incentive for smokers to quit is to improve their health – why would smokers switch to using a product which is less harmful, if unaware that it is less harmful?”

Currently, 15.9 million Pinoy adults are smokers, and only 4% of those attempting to quit every year manage to do so. The low quit rate is largely attributed to the anti-harm reduction approach adopted by the nation, according to vape advocates. 88,000 Filipinos die from smoking-related diseases annually.

In a joint letter organised by the Coalition of Asia Pacific Tobacco Harm Reduction Advocates (CAPHRA), co-signatories say vaping and other reduced harm products, “are considered by a number of governments and health institutions as fundamentally different from cigarettes. Also called smoke-free products, they eliminate burning or the process of combustion that is scientifically proven to be responsible in producing thousands of harmful chemicals in conventional cigarettes.”

The progress of President Duterte’s Act controlling vape products has been beset by problems and swamped under a cloud of corruption as one-sided debates came to a swift conclusion when the Philippines’ Food and Drug Administration owned up to receiving payments from The Union and Bloomberg Initiative – both organisations received support from Michael Bloomberg’s other philanthropic anti-vape organisations.

Deputy House Speaker Deogracias Victor Savellano and Nueva Ecija Rep. Estrellita Suansing pushed for the consultations to be suspended and referred to the FDA’s acceptance of the “donations” as “questionable”.

“Government policies and regulations should not be influenced by any vested foreign interest. It is incumbent for Congress to investigate FDA’s receipt of private funds from known anti-tobacco, anti-ENDS [electronic nicotine delivery systems] and anti-HTP organizations and how these could have shaped the agency’s adopted policies. Until the House investigation is concluded, the FDA should not proceed with its proposed guidelines and public consultations that have left many stakeholders dissatisfied and feeling ignored,” Savellano said.

While The Union and Bloomberg Initiative may be smarting from being found out in the Philippines, the collective mood of their boardrooms will have gone south when they found out the payment may have broken violated United States laws.

Dr Joel Nitzkin has asked for a congressional probe as he believes the funding violated American charity regulations.

“We need to know how much money has been donated, both in dollars and as a percentage of the FDA budget. In addition, we need articulation from both donor and recipient ends as to the intended purpose of this donation. If this is as illicit as it appears to be, the next step would be to challenge this in the Philippine courts, and possibly in American courts,” he said.

Scott Ballin used to work on the U.S. FDA regulation of tobacco, he added: “This is obviously a real concern. The overriding issue is indeed transparency and the requirements that a regulatory body follow guidelines in ensuring that policy-related decisions are made based on sound science and as part of a transparent regulatory process. If the tobacco industry had done this, there would have been outrage coming from public health entities as we well know.

“Accepting money without disclosure and which might be an ethical if not a legal violation is something else. I don’t have or see enough information in the Philippine situation to see if the money was contributed for a specific purpose, etc. That said, the fact that this was done leaves a foul taste in the mouth.” 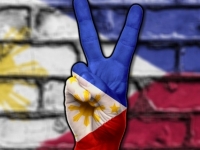 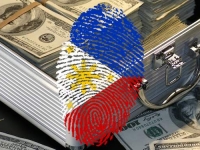 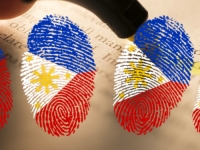