The European Tobacco Harm Reduction Advocates (ETHRA) organisation called upon Germany to “act wisely”, but it isn’t listening as it pushes forward with regressive measures that will limit access to harm reduction information. The Netherlands is also facing further condemnation from a UK trade body as it plans to implement a juice flavour ban.

Germany is to clamp down on ‘tobacco product’ advertising from January 2022 as it seeks to align itself with a number of other European nations. It will begin with a ban on outdoor cigarette advertising in 2022, a ban on advertising heated tobacco products in 2023, and a ban on vape ads from 2024.

The German federal drug commissioner, Daniela Ludwig, has previously complained about “brutal lobbying” by the tobacco industry, in its attempts to prevent more stringent measures being applied to the market. When it comes to eliquids, Ludwig feels, “the rules on taxation or ingredients should be standardised” across Europe.

Hendrik Broxtermann of ETHRA partner ExRaucher (IG) previously commented: “What Ms Ludwig should be doing is engaging with the people who use these products instead of pronouncing from an ideological position, while also ignoring her own scientific experts on the subject.”

The Free Democrats Party commented: “The advertising ban on tobacco products and e-cigarettes is a completely exaggerated interference of the state. If less harmful products can no longer be referred to, it proves to be counterproductive for health protection."

Zealots across Europe have firmly targeted nicotine instead of tobacco, ignoring the relative safety of non-combustible use in their war on the tobacco industry. The UK Vaping Industry Association has responded to plans recently announced in the Netherlands.

The Dutch plan to ban flavoured eliquid next year. It claims that the sweet tastes of flavours such as strawberry and mojito has made vaping more popular amongst young non-smokers.

“Furthermore, there is little evidence that suggests that vaping encourages young people to start smoking. The recent Public Health England (PHE) Vaping in England Report found that current vaping is mainly concentrated in young people who have experience of smoking. Less than 1% of 11- to 18-year-olds who have never smoked are current vapers.”

“The vaping industry is a highly responsible industry, which is why the UKVIA has agreed guidelines on packaging, labelling and flavour names which states that its members must not use flavour names or descriptors that are particularly appealing to youths and are associated with youth culture, including popular language or expressions, or names which are reminiscent of confectionary disproportionally appealing to children.

“We would call on the Dutch government to rethink this decision which could have the significant unintended consequence of deterring those looking to stop smoking.”

The Netherlands banned vaping in public spaces at the beginning of this month. Also, supermarkets are now banned from having vape products on open display – something that will be extended to all stores from the beginning of 2021.

Blockhead Blokhuis added: “In order to prevent health damage and to set a good example for young people, it was high time that we also refer the smoking of e-cigarettes to the history books. This measure also contributes to making it easier to quit smoking and harder to start.”

POTV is waiting for clarification on Spain’s announcement to increase fines and taxes as part of a new tobacco law. As at the time of writing, it is unclear if this will include vaping and other alternative nicotine products. 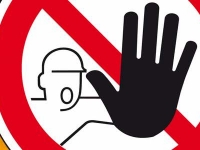