Coronavirus-impacted businesses face consultation squeeze, according to the Vaping Trade Association of New Zealand (VTANZ). It says the Kiwi Government’s decision to rush the bill to regulate vaping is unfair on local businesses now dealing with the impacts of the global coronavirus pandemic. Advocacy group Aotearoa Vapers Community Advocacy (AVCA) says vapers deserve to be heard.

The Smokefree Environments and Regulated Products (Vaping) Amendment Bill had its first reading in Parliament this week, with Associate Health Minister Jenny Salesa pushing for and getting a fast-tracked process.

The bill is now expected to take just three months to progress through Parliament, instead of the usual six months. Public submissions are being called by the Health Select Committee, which close on 1 April – in just over two weeks.

VTANZ spokesperson, Jonathan Devery, says the independent vape industry has been calling for regulation for five years. After 18 months of the Government promising it, it’s unsatisfactory that such a challenging consultation deadline has been adopted simply to ensure the bill is passed before the election.

“Manufacturers and distributers are now busy developing policies and procedures to mitigate the potential exposure of coronavirus on their workforce, while many retailers are working on ways to keep their doors open given falling foot traffic.”

“Now’s not the time to force local vape businesses to make rushed submissions on such a fundamental piece of legislation to regulate our entire industry, particularly when the Minister has long promoted the submission and select committee process as the best place for businesses to raise their concerns,” he says.

Mr Devery while VTANZ staunchly supports the arrival of safety standards and strict R18 enforcement, restricting the most popular adult flavours to specialist stores and prohibiting all advertising is over the top and could lead to smoking rates rising.

“Vaping has hugely contributed to New Zealand’s record low smoking rates. We need to be able to keep communicating the benefits of our products to adult smokers. What’s more, extending the proposed flavour restrictions to all supermarkets and service stations is too tough when those retail environments are heavily controlled, and aren’t a problem,” he says.

Mr Devery added that those wanting to make a submission can do so via the parliamentary website – [link].

“We strongly encourage New Zealand vape businesses and vapers to try and make some time before 1 April and have their say. We can’t let Big Tobacco win this war!”

Advocacy organisation AVCA is also concerned about the truncated consultation process being adopted.

The decision to shorten the standard parliamentary process from six months to three leaves people less than three weeks to make public submissions to the Health Select Committee reviewing the bill, according to the group.

“AVCA and vapers around the country are now deeply concerned that with a shortened consultation period the select committee will mostly hear from groups vehemently opposed to vaping,” said AVCA Director, Nancy Loucas.

She believes the three week public submission period will allow for groups invested in misinformation campaigns and scare tactics to put forward their case at the expense of vapers whose lives have been changed for the better as vaping helped them quit smoking.

“We are concerned that groups and associations hell-bent on spreading falsehoods, like there is a youth vaping epidemic in New Zealand, will smother the select committee with submissions and frighten MPs into a knee-jerk reaction to recommend stricter laws than what is already being proposed.”

Ms Loucas says despite organisations like the Principals’ Association, Cancer Society and Asthma and Respiratory Foundation claiming a youth vaping epidemic, a recent study by Action on Smoking and Health NZ (ASH) found only 0.8 per cent of students aged 14 and 15 who'd never smoked, vaped daily.

The Asthma and Respiratory Foundation has been under fire for its ‘Don’t Get Sucked In’ campaign for driving curiosity about vaping to teenagers and for their continued conflation of the facts with scare tactics.

“Vapers deserve to have their stories about how these products have saved their lives heard, and their experiences should not be dismissed. However, if certain groups dominate the select committee, we could see worse public health outcomes due to this poor process.”

“The regulations for this bill must be considered carefully so that smokers and vapers can easily access these life-saving products. People’s lives are at stake and should not be used as a political football in an election year, especially in light of the previous concerns around the regulations and the Bill of Rights as reported by the Attorney-General.”

“Shortening the submission period could be seen as a means to further silence and disenfranchise vapers from their right to participate in what should be a democratic process,” added Ms Loucas. 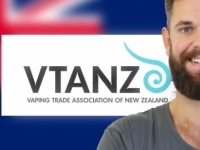 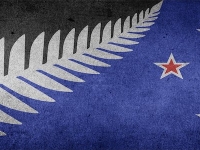