Former Irish health minister James Reilly has lodged cotton wool in his ears and donned an eye mask so he can’t be influenced by evidence and has called upon the Taoiseach and government to implement a flavour ban akin to some parts of the United States. Vape Business Ireland (VBI) is encouraging legislators and the Central Statistical Office to use the next census as a means to improve their understanding of how vaping is helping smokers.

James Reilly said that “the science is still evolving” on vaping, casually disregarding the wealth of evidence supporting its efficacy and relative safety compared to smoking. He argued that the availability of flavours makes electronic cigarettes too attractive and should therefore be banned.

“Our approach must be rooted in the idea that vapes are designed to introduce people to a new habit and keep them active in that habit,” Reilly added as he went on to raise the spectre of lung problems.

Reilly again ignores evidence that young people are not taking up vaping in any great numbers in Europe – and those who do are using it, like adults, to switch away from smoking tobacco and the related harms that entails.

Irish doctors have reported that there has not been a single incidence of lipoid pneumonia linked to vaping in Ireland. NNA Ireland has called upon vapers to resist Reilly’s call.

"It's disappointing to see vaping being used as an election gambit”, said Tom Gleeson of ETHRA partner NNA Ireland, “especially from a doctor who should know better. Tobacco harm reduction is a growing movement which is driving fast reduction of smoking rates in countries which implement sensible regulation. As Minister of Health, James Reilly launched a project to achieve a 'smoke-free Ireland', this suggestion would seriously obstruct such an aspiration and should be strongly resisted.”

“If you are a constituent of Dublin Fingal who vapes, keep in mind when you vote in the upcoming by-election that Reilly intends to take your flavours away. We would also advise all Irish vapers to write to their elected representatives – especially if they are Fine Gael members - and politely explain why this policy suggestion should be abandoned."

One of the problems the nation faces is that there is very little by way of population studies and this is something that has been addressed by VBI. The trade body’s chairman, Keith Flynn, recently explained that nobody has a precise figure for the number of people currently vaping or dual fuelling.

Flynn proposes that Ireland’s Central Statistics Office includes a question about vaping and smoking habits on the next census, due to be carried out in 2021. He says that a survey indicates there are around 100-150000 vape product users, but better data would inform better tobacco harm reduction decision making.

“By doing this we believe the Department of Health will be able to more effectively measure the potential that vaping products can play in providing an alternative to Irish smokers, and in turn help Ireland reach its 2025 target of being tobacco-free,” said Flynn. 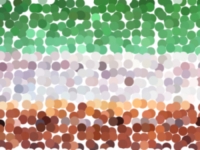