India’s government continues its offensive against reducing tobacco-related harm and vaping but is taking its prohibitionist stance to extreme levels as it now plans on vetting any vape-related research prior to publication. The move isn’t seen as a ban on vape research, but those with long term memories will recall the pressure applied to Professor Sharan last year.

A recent White Paper released by The Indian Council of Medical Research (ICMR) called for the banning of vaping. It states: “Use of ENDS or e-cigarettes has documented adverse effects on humans, which include DNA damage; carcinogenic, cellular, molecular and immunological toxicity; respiratory, cardiovascular and neurological disorders; and adverse impact on foetal development and pregnancy.”

“While such benefits have not been firmly established, there is also evidence that there is risk of people continuing to use both them as well as tobacco products. In addition, these devices could encourage non-smokers to get addicted to tobacco. Use of ENDS or e-cigarettes can open a gateway for new tobacco addiction. On the balance, these have a negative impact on public health.”

K. Srinath Reddy of the Public Health Foundation of India demonstrated the corruption of thought lying at the heart of the move: “Studies have found that youths using e-cigarettes and other such devices are more likely to use regular cigarettes later. They increase the likelihood to experiment with regular products and increase the intention to indulge in cigarette smoking.”

The government has argued that research supports its position – and to ensure this it is moving to censor future studies.

The National Board of Examinations has issued a circular demanding “restraint” over publishing future vape-related research papers. 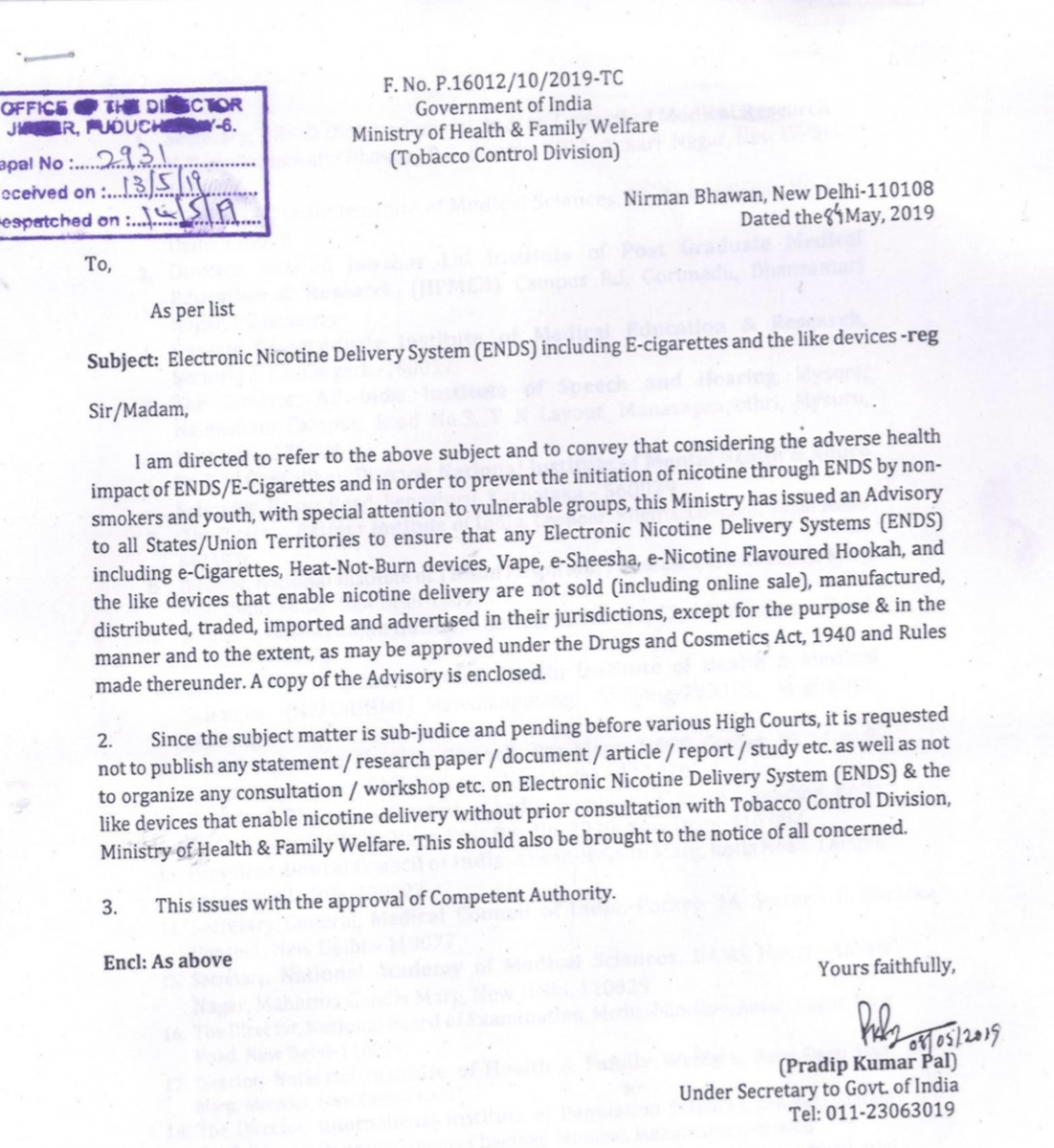 It states: “Since the subject matter [the proposed ban] is sub-judice and pending before various High Courts, it is requested not to publish any statement / research paper / document / article / report / study etc. as well as not to organize any consultation / workshop etc. on Electronic Nicotine Delivery System (ENDS) & the like devices that enable nicotine delivery without prior consultation with Tobacco Control Division, Ministry of Health & Family Welfare. This should be brought to the noticed of all concerned.”

It is signed by Pradip Kumar Pal, Under Secretary to the Government of India. The circular has been sent to every hospital, research institution and college in India.

A government spokesperson told The Wire that this doesn’t constitute a ban on research, but the overtone is exceptionally authoritarian: “We are not telling departments not to do research. We are saying just keep health ministry informed so that there is no confusion on the government’s position.”

Last year, pressure was brought to bear on Professor Sharan, Department of Biochemistry at North-Eastern Hill University, to get him to perform somersaults over his views on vaping.

Sharan originally stated: “Cancer is caused by carcinogenic elements generated from burning of organic leafy elements at a very high temperature of around 700-750 degree Celsius in conventional cigarettes. In e-cigarettes, there is huge reduction of such elements to the tune of 90-92 per cent.”

“The best is to get rid of smoking, but it is not so easy because people get addicted to it. We have been talking about nicotine therapies, but it is not serving the result and smoking has increased in the last 30 years. That is why e-cigarettes should be given a chance in India.”

“The government should make a policy to give an option to the smokers to switch to e-cigarettes in its fight against cancer.”

The professor received a letter from the Indian Tobacco Control Department. Suddenly, he claimed that he had been misquoted and exclaimed, “there is no study that they do not cause any harm at all.”

Attempting to censor science strikes a new low for this corrupt government. 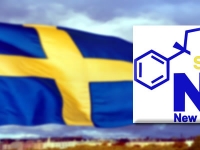