AMS Speaks Up For Harm Reduction

The American Cancer Society (AMS) has released its ‘Public Health Statement on Eliminating Combustible Tobacco Use in the United States’. In the document, the organisation lends support to harm reduction technologies and warns about the misinformation being fed to current smokers about vaping. 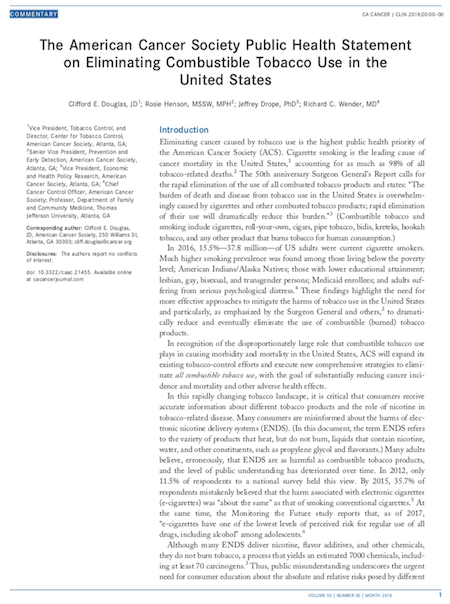 The AMS highlight the volume of smokers suffering from tobacco-related illness, and states that as the country still has 37.8 million smokers, the findings “highlight the need for more effective approaches to mitigate the harms of tobacco use in the United States and particularly, as emphasized by the Surgeon General and others, to dramatically reduce and eventually eliminate the use of combustible (burned) tobacco products.”

“It is critical that consumers receive accurate information about different tobacco products and the role of nicotine in tobacco-related disease,” continues the report. “Many consumers are misinformed about the harms of electronic nicotine delivery systems (ENDS).”

This comes as no surprise to the vaping community who are used to seeing ridiculous statements being made about vaping on a weekly basis by public health “experts” and newspapers.

“Many adults believe, erroneously, that ENDS are as harmful as combustible tobacco products”

“Many adults believe, erroneously, that ENDS are as harmful as combustible tobacco products, and the level of public understanding has deteriorated over time. In 2012, only 11.5% of respondents to a national survey held this view. By 2015, 35.7% of respondents mistakenly believed that the harm associated with electronic cigarettes (e-cigarettes) was ‘about the same’ as that of smoking conventional cigarettes.”

On the other hand, young people appear to be better informed because, in the quoted The Monitoring the Future study, they see vaping as being safer than regular use of all drugs including alcohol.

The organisation believes, as does the majority of the vaping community, that non-smoking teens should not take up vaping. The announcement that it sees vaping as a effective tool that helps current smokers to quit their habit is to be lauded – and POTV welcomes the ACS’ position statement on the matter. 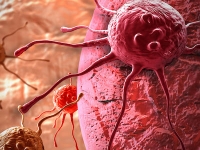 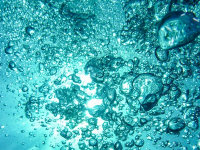