If last week’s tale of UNICEF slating Stanton Glantz and the Pediatrics journal wasn’t bad enough, the American Academy of Pediatrics (AAP) magazine publishes a shockingly poor work of pseudo-science. Four AAP members claim to have identified vaping as the cause of an incident of “wet lung”. 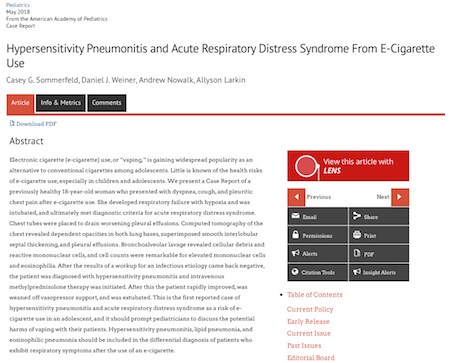 All doubt has now been removed that AAP members care for truth, the scientific process or honouring their commitment to the Hippocratic oath to “do no harm”. In promoting ‘Hypersensitivity Pneumonitis and Acute Respiratory Distress Syndrome From E-Cigarette Use’, the AAP has doubled down on the disgusting use of fear tactics to pursue a campaign against vaping and vapers.

The issue revolves around the case of a teenage girl, admitted to hospital with breathing difficulties. Or, as Sommerfeld, Weiner, Nowalk and Larkin smear: “We present a Case Report of a previously healthy 18-year-old woman who presented with dyspnea, cough, and pleuritic chest pain after e-cigarette use.”

Surely all patients are healthy prior to becoming ill and being admitted to hospital?

“She developed respiratory failure with hypoxia and was intubated, and ultimately met diagnostic criteria for acute respiratory distress syndrome.”

The media has focussed on their description of it being a case of “wet lung”. Wet lung is also known as acute respiratory distress syndrome (ARDS) or hypersensitivity pneumonitis, a form of pleural effusion where excess fluid builds up in the pleural cavity (see lung graphic), the fluid-filled space that surrounds the lungs.

This excess fluid squeezes the lung and makes it difficult to expand – therefore restricting breathing. The fluid can be different depending upon the reason and include substances like blood, urine, or pus.

The NHS states: “ARDS occurs when the lungs become severely inflamed due to an infection or injury. The inflammation causes fluid from nearby blood vessels to leak into the tiny air sacs in your lungs, making breathing increasingly difficult.” 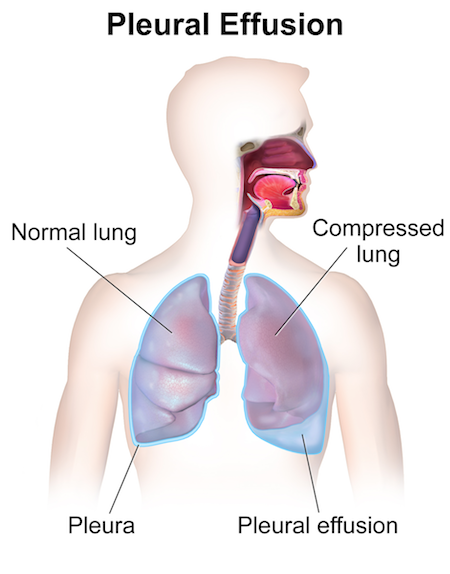 Reading the report, we discover that this “previously healthy 18-year-old woman” was an asthmatic who used an inhaler. Also, she had recently “had a reaction (hives and lip swelling” to eating a Brazil nut. These are two factors that illustrate it is impossible for the lead author, Sommerfeld, to state that vaping was the cause of the problem.

But at least the woman’s suffering is good news for the AAP, as their press release found its way to multiple media sources including:

Dr Farsalinos has been the first to comment on this nonsense: “This was a case report of hypersensitivity pneumonitis, most commonly an allergic reaction that causes inflammation in the lung. Any inflammation in the lungs (could be caused by pneumonia, bacteria and more) can result in pleural effusion. This is irrelevant to the ‘wet lung’ that implies ecig use results in liquid accumulation in the lungs. The authors of the study only suggest that vaping caused hypersensitivity pneumonitis providing absolutely no scientific data to back this theory except mentioning that the girl vaped.”

“The use of the term ‘wet lung’ is a deliberate attack on vaping,” he continued, “and an attempt to fear monger and spread misinformation once again, forcing smokers away from using this product to quit smoking.”

The doctors ignore anything else that could have been happening in this woman's life, prefering to make a logically flawed and simplistic link between correlation and causation. The patient and society at large deserve much, much better. 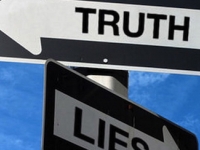 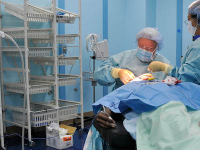 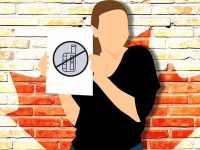