Baroness Thornton was concerned about Brexit-related duty-free shopping and if the government was promoting smoking. Ranil Jayawardena wondered what the government was doing about pupils vaping on school premises. Damian Hinds needed help understanding the evidence the government used for the guidance issued on reduced harm products.

Baroness Thornton asked: "What assessment [the government] has made of the compatibility of [its] recent campaign advertising the return of duty-free shopping after Brexit with (1) domestic law and (2) international charters governing the advertising of tobacco products."

Following a tweet posted by HM Treasury promoting Britons' ability to purchase "beer, spirits, wine and tobacco without duty being applied in the UK" in the event of a no-deal Brexit, Baroness Thornton went on to ask the House whether the Government had "strayed outside our tobacco regulations and law" and whether "the Government intend to use Brexit as a way of undermining or relaxing the UK’s legal and regulatory position on tobacco regulation."

Lord Bethell responded that the Advertising Standards Authority had looked at the tweet and stated that it fell outside of the scope of regulation because the tweet was a not paid-for promotion. He added: "The Government are fully committed to our health policy on tobacco and to bringing down tobacco smoking and consumption in this country. However, a no-deal Brexit creates ambiguity both for shop owners in airports and ports and for consumers, so this was a perfectly reasonable move to bring clarity to a confusing area of policy."

Lord Rennard took issue: "Is not the concept of drawing attention to the possibility of buying cheap cigarettes totally counterproductive to the Government’s stated aim of making the country smoke-free by 2030?"

Ranil Jayawardena, North East Hampshire’s Conservative MP, asked the Secretary of State for Education what guidance his Department provides to schools on preventing pupils vaping on school premises; and what estimate his Department has made of the number of schools that have written to parents on the prevalence of vaping.

Minister of State for Education Nick Gibb responded: “Schools have a statutory duty to promote pupil wellbeing and there is a range of guidance available to schools to support this. This includes advice produced by the Department for Education and Association of Chief Police Officers for schools which includes advice about smoking and drugs.” [link]

“The Department’s Searching, Screening and Confiscation guidance sets out schools’ powers to search pupils and confiscate prohibited items. Schools have the power to confiscate, retain or dispose of any item that is banned by the school rules or detrimental to school discipline, including vapes. Schools can set out in their behaviour policy their approach to the use of vapes and any sanction that will be imposed for their use. The Department does not collect data on the number of schools that have written to parents on the prevalence of vaping.”

East Hampshire Conservative MP Damian Hinds wanted to know what evidence is used for the guidance issued on (a) vaping, (b) heat-not-burn and (c) other non-smoke nicotine products.

Parliamentary Under-Secretary for Health and Social Care Jo Churchill responded: “The Government has an ongoing programme to build the evidence base about e-cigarettes.” She gave him links that have been included in the related section below. 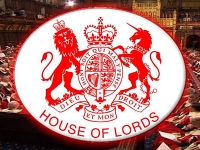