The Delhi High Court has shot down the Indian government’s attempt to include vaping as part of the Drugs and Cosmetics Act (DCA), according to Association of Vapers India. The decision follows on the heels of protests over a ban on vape content online. Delhi government Additional Director (Public Health) S.K. Arora will still keep fighting to prohibit any form of tobacco harm reduction, but keeps cigarettes on sale.

Last month, over 30 organisations and industry bodies wrote to the Indian Electronics and IT Ministry demanding that it drops the ban on vape-related video content. Signatories included the Cellular Operators Association of India and the Heart Care Foundation of India.

The bodies objected to the ban because the said the ministry had overstepped its jurisdiction; violating consumer rights and had no legal backing for the action couched in vague terminology. They said the bad law left itself wide open to “misinterpretation and overregulation”.

Even Amnesty India got involved, saying: “[It] is concerned that the rules use vague and overly broad terms to identify expression that can be restricted, going well beyond both Indian and international human rights standards on freedom of expression.”

The man pulling the strings of the ban was S.K. Arora, someone Planet of the Vapes has written about extensively in the past. He is the man who wrote: “E-cigarette/Vape/Juul are equally hazardous or even more harmful than traditional tobaccos. Be Alert.”

Arora continued his one-man mission to oppose harm reduction last week when he wrote to the 64th Filmfare Awards slated (to be held in Mumbai) demanding they dropped any sponsorship of tobacco and vape brands. He is India’s very own Martin McKee.

While Arora might like to present fiction as fact, the law relies on evidence. Association of Vapers India delighted in spreading the news that the Delhi High Court has continued its tradition of making sound decisions when it comes to vaping.

When the government attempted to institute a national ban on vape products the court ruled it had overstepped and blocked the measure. At that point the government issued an advisory to individual states, urging them to enact the measures. The High Court then stated the advisory was not binding.

Last month, the Central Drugs Standards Control Organisation issued another letter to all Indian states reminding them of the advisory not to allow the sale, online retail, manufacture, distribution, import or advertising of vape products and paraphernalia.

On the morning of that the court was due to hold the hearing “in which ecig vendors had challenged the Customs circular and the DGHS notice banning ENDS”, the Times of India carried a repeated bogus article claiming vaping leads to poisoning. 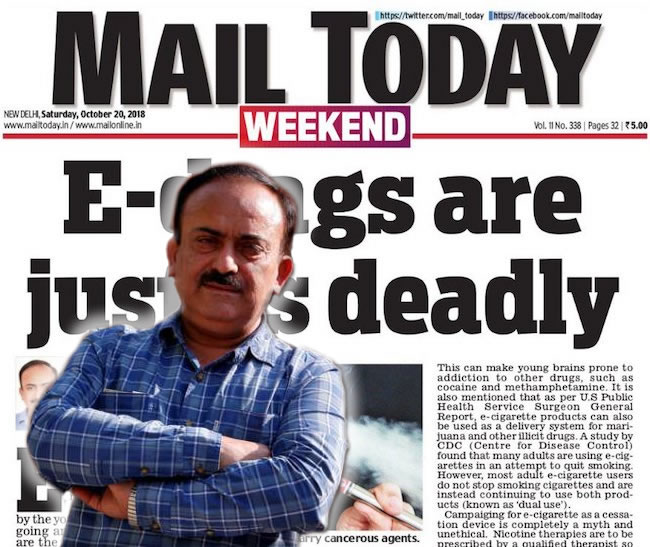 The court found that vaping does not fall under the definition of “drug” in the appropriate act, and that vape products are being sold are not being sold for the treatment of a disease.

Association of Vapers India said: “The government counsel argued for an hour on why there should be no stay on the ban, throwing every possible allegation into the ring. Justice Bhakru was however not affected and granted an interim stay on both notices until the next hearing date on May 17. Good day for vaping!”

“Though this is far from the ultimate victory, it is definitely a major positive development as it signals clearly the court has rejected the government argument ecigs are a grave danger to public health.”

The association continued: “It has totally shot down the government's position that [vaping] comes under DCA. The government counsel took a circular argument that since the petitioners say vaping helps in quitting smoking, it is like nicotine gum, and since nicotine gum comes under DCA, [vaping] also comes under the law and hence can be prohibited under it. The court rejected this reasoning stating there is no 'medicinal property' to [vaping] and also noted the question of consumer choice of opting for a less harmful alternative to smoking. The order also means the government now has to think up a new way to go after vaping as the DCA door has been completely shut.”

In related matters, AVI reports that doctors in India are currently being sent misinformation from the government about vaping. 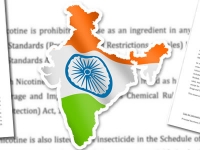