The presence of inhalation toxins in eLiquid

Doctors Farsalinos, Kistler, Gillman and Voudris have completed research evaluating sweet-flavoured electronic cigarette liquids for the presence of diacetyl and acetyl propionyl. The results led to a juice manufacturer's name being dragged into the public domain and heated debate in many quarters.

The research can be found here.

“159 samples were purchased from 36 manufacturers and retailers from 7 countries. Additionally, three liquids were prepared by dissolving a concentrated flavour sample of known diacetyl and acetyl propionyl levels at 5%, 10% and 20% concentration in a mixture of propylene glycol and glycerol. Aerosol produced by an EC was analyzed to determine the concentration of diacetyl and acetyl propionyl.”

What are diacetyl and acetyl propionyl?

Acetyl propionyl was created as a version of diacetyl in order to replace it, as it was a known problem. Diacetyl free does not mean acetyl propionyl free and they both cause the same lung damage in the same doses.

Both are members of a family of chemicals termed “Diketones”. This family also includes larger molecules not currently in use including Butanedione (diacetyl), Pentanedione, Hexanedione and Heptanedione.

“Diacetyl and acetyl propionyl were found in a large proportion of sweet-flavoured EC liquids, with many of them exposing users to higher than safety levels. Their presence in EC liquids represents an avoidable risk. Proper measures should be taken by EC liquid manufacturers and flavouring suppliers to eliminate these hazards from the products.”

With no official comment on the consumer organisation ECCA UK’s website or the trade association ECITA’s website it is not surprising that consumers have escalated a forum thread to 42 pages in a matter of days on the back of a more contentious one that ran to 53 pages.

“… and we started testing for diacetyl, primarily, about a year ago. And it started out really small,there were just a few companies… And actually the people who started doing the testing first were not even manufacturers, they were distributors. They were selling other peoples’ products. They were just doing routine product stewardship to make sure that what they were selling, was safe…. And then, about the first of the year, we started testing for eliquid manufacturers, and then we started doing testing for ECTA in Canada, and I want to give a big shout-out for those guys, because: they identified this problem a long time ago, and they are 100 percent diacetyl free and acetyl propionyl free, in Canada. It’s absolutely amazing. They pulled every product off the market that contained these. They test everything.It’s really amazing, and I would love to see everyone go this route“

“I got acquainted with the products through friends who were using electronic cigarettes.”

“We thought the problem had been addressed but we found one sample in a previous test contained diacetyl…we wanted to see if it still existed…as a way of convincing regulators that manufacturers are doing a good job.”

“The diketones (diacetyl and acetyl propionyl) should be considered the same in terms of risk.”

“The reasons why we didn’t report the manufacturers in our paper is simple: …this is an industry-wide problem.”

“Flavouring suppliers should prove to juice manufacturers that flavourings are diacetyl and acetyl propionyl-free.”

“Popcorn lung is very rare even in those exposed to high levels. 1 in 1000 chance of developing an chronic obstructed lung disease, 15% of smokers develop this, so it is likely diketones are operating in conjunction with other chemicals.”

Farsalinos agreed with the summary that diacetyl and acetyl propionyl will damage lungs and lead to a level of lung dysfunction. That these chemicals exist in liquid is avoidable, irrespective of the risk acceptance, and there is a lot less to worry about regarding Propylene glycol and Vegetable glycerin when compared to them.

Aaron Frasier, representing the Utah Vapers Association, expressed surprise that the media hasn’t gone more overboard in response to the results of the research. The UVA now require all members to test and require it to be completed by the end of October, full testing will be a precursor for any business wishing to become a member.

“It is expensive…it is a cost of doing business. It really is the right thing to do.”

He goes on to highlight the absolute need for vendors to ensure they carry sufficient public liability insurance in order to protect themselves against future problems resulting from a situation such as this.

Some commentators have responded to state that they believe the concerns about diacetyl are overblown. Such positions seem at odds with the information coming from Doctor Farsalinos given that damage is caused to the lung tissue upon contact.

What can juice manufacturers do next? Can ECITA quickly formulate an inclusive and accessible strategy? Time will tell. 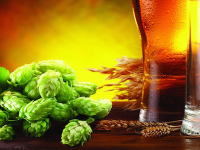 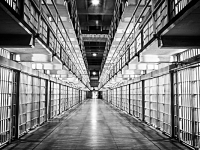 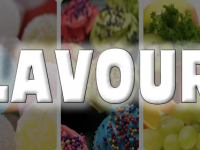