A new study looking at how vaping helps pregnant smokers quit and remain smoke-free has been published in the British Medical Journal. The research team from the University of Nottingham, St George’s University of London, and the University of Stirling conducted a longitudinal study of pregnant women to see if e-cigarettes are associated with a postpartum return to smoking.

“E-cigarette use has increased in recent years, and in a contemporary UK pregnancy cohort, we investigated factors, including e-cigarette use, associated with postpartum return to smoking.”

“Helping pregnant women quit smoking and remain abstinent in the long term is an important public health issue. In 2019/2020, 12.1% of women in England were smoking in early pregnancy,1 however, around half attempt cessation after conception. Unfortunately, relapse is common, with up to 75% returning to smoking within 12 months of giving birth.”

Noting the health issues that smoking causes to both mother and child, the team identified those women most likely to relapse back to smoking and point out that there is currently no effective intervention being put in place.

“Electronic cigarettes have potential for public health benefit as they do not involve tobacco combustion, which is the main source of harm from conventional cigarettes.”

The research team say this is the first study exploring the use of vapes in pregnancy and postpartum. They found that vaping works to help pregnant women quit smoking and remain tobacco-free in the three months following birth.

Photo by Kelly Sikkema on Unsplash 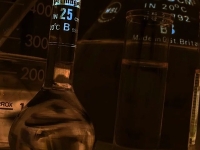