Good news for smokers who have received a diagnosis of tobacco-related cancer: research from the International Association for the Study of Lung Cancer shows that quitting or switching to vaping following a cancer diagnosis is linked to improved survival rates. The study findings have been published as the NHS pushes its annual drive to encourage smokers to quit or switch.

The study, published in the Journal of Thoracic Oncology, the official journal of the International Association for the Study of Lung Cancer, finds that patients with lung cancer who quit smoking after their diagnosis have a 29% improvement in their overall survival compared to patients who continue smoking after diagnosis

Dr Caini and his team conducted a meta-analysis of published research on smoking cessation after lung cancer diagnosis and found 21 articles covering more than 10,000 patients, published between before October 2021.

Caini said: “Our study suggests that treating physicians should educate patients with lung cancer about the benefits of quitting smoking even after diagnosis and provide them with the necessary smoking cessation support.”

Smoking cessation may play a positive role in lung cancer survival because tobacco smoke promotes tumour growth, progression, and dissemination; decreases the efficacy of, and tolerance to, radiation and systemic therapy; and increases the risk of post-operative complications and second primary cancers, according to the study.

"The meta-analysis has implications beyond clinical practice," Dr Caini said. "Since heavy smokers would be primarily targeted by lung cancer screening programs, screening could serve as a teachable moment to help participants quit smoking by integrating a structured cessation program into the screening activities."

The study follows similar findings published in the Annals of Internal Medicine last year, where researchers found that survival time following a cancer diagnosis was 21.6 months higher for smokers who successfully quit.

Authors said: “Among mild-to-moderate and heavy smokers and for patients with earlier and later cancer stages, similar effects were observed.”

The number one route to cessation in the United Kingdom is vaping. Using e-liquid replaces tobacco and means that smokers do not have to worry about nicotine withdrawal ruining their quit attempt – something the 60,000+ members of the Planet of the Vapes forum can all agree on.

Photo by Mathew MacQuarrie on Unsplash 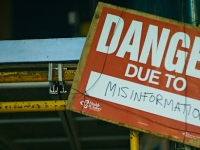 The Price of Misinformation