Fifteen past presidents of the Society for Research on Nicotine and Tobacco (SRNT) have delivered a body blow to the arguments used to deny the benefits of vaping. The group have published a paper (1) that comments on the American electronic cigarette approach and lists strong arguments for change.

All 15 authors disagree with Michael Bloomberg and the World Health Organization’s stance on vaping. Harm reduction advocate Charles Gardner pointed out that the experts are the last people anyone could accuse of being corporate shills and referred to the SRNT and “the” preeminent professional society. He called their work “an enormous broadside” against safer nicotine harm reduction denial's flagship.

The paper’s publication precedes the US’s Food and Drug Administration forthcoming announcement on ecig product authorisation so it couldn’t have come at a more vital time.

“The use of nicotine-containing electronic- or e-cigarettes has divided the tobacco control community along a spectrum from fervent opponents to enthusiastic supporters,” they write. “Opponents emphasize that vaping can cause nicotine addiction among young people and could lead some to become dependent cigarette smokers, possibly ‘renormalizing’ smoking. They cite research indicating that nicotine may harm adolescents’ developing brains. Some consider vaping’s health risks substantial, and some question whether vaping decreases smoking cessation.”

None of this will be news to vapers who are accustomed to seeing the Bloomberg-funded nonsense occurring around the world.

Their paper covers evidence surrounding the health risks of vaping, the likelihood that vaping increases smoking cessation, the principal concerns about youth vaping, and balancing concerns about risks to youths with potential benefits for adult smokers.

Step by step, the group take every objection to adopting vaping to reduce the harm posed by tobacco is taken head on and dismissed through the citation of proper evidence. “For example,” they say, “e-cigarettes acutely impair tests of endothelial function, a common feature of cardiovascular disease, but when smokers switch from cigarettes to e-cigarettes, endothelial function normalizes. A recent study detected no difference in biomarkers of inflammatory and oxidative stress in exclusive e-cigarette users and nonusers of either cigarettes or e-cigarettes.”

They point to a collection of randomised trials, population studies, and the impact vaping has had on cigarette sales – leading up to a statement on the unintended consequences of clamping down on e-cigs, namely increased adult smoking and reduced smoking cessation.

Damningly, they conclude: “While evidence suggests that vaping is currently increasing smoking cessation, the impact could be much larger if the public health community paid serious attention to vaping’s potential to help adult smokers, smokers received accu- rate information about the relative risks of vaping and smoking, and policies were designed with the potential effects on smokers in mind. That is not happening.” 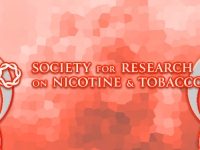