Australian academics have attempted to justify the unjustifiable by claiming the clampdown on access to nicotine liquid is in the best interests of all involved. The trio trot out a mix of half-truths and absolute lies to support their position.

If anyone wanted to take the piece seriously then the authors should have offered up a balanced perspective, leaning on arguments from all parts of the research spectrum. They didn’t; the trio cherry picked studies that lent themselves to the confirmation bias/echo chamber approach that has dogged Australia’s approach to tobacco related disease for the last few years – one that has resulted in stalled rates of decline and deep rooted distrust of those pontificating from behind their tobacco control desks.

The authors dip into some woeful work that came out of their home country, take a peek at a selective set of American studies – including misrepresenting the whole view of the US National Academies of Science, Engineering and Medicine – but pretend nothing has ever been published in the United Kingdom. Not a mention, not a single study or review. None.

“The so-called benefits of e-cigs don’t stand up,” they say, and “despite the e-cigarette industry’s claims and further promotion that ‘e-cigarettes are 95% less harmful’ than smoking traditional cigarettes, there is no scientific basis for this either.”

In making that final statement, either all three of them are scientifically illiterate (a frightening prospect given their positions) or they are happy to make bare faced lies in order to support their bigoted worldview on nicotine use.

Public Health England trumpeted the 95% figure back in 2015. The review was led by Professor Ann McNeill and Professor Peter Hajek – accusations that they, or anyone else involved in the report was somehow in the pay of the ‘vape industry’ is delusional.

In fact, most tobacco controllers dropped the opposition to the figure as time progressed simply due to the fact that most of them admitted that common sense dictated vaping offered up reduced levels of harm. Only the most ardent of anti-nicotine zealots kept banging on about it – people like Eissenberg, Bhatnagar, Chapman (who regularly trolls and abuses harm reduction advocates on Twitter), Jordt, Shihadeh, and Soule.

Eissenberg et al. have a problem with the 95% figure having “a lack of hard evidence”, but they have no problem stating “there is ample evidence” about the dangers of vaping resulting from a couple of fraudulent petri dish studies.

“A man is known by the company he keeps”, wrote Aesop. It gets easier to judge Freeman, Peters, and Grogan as their article progresses.

Reclassifying concerts and festivals as “youth-friendly events”, generous uses of the word “could” to describe potential disaster for a young generation – that has remained conspicuous by its absence in annual global smoking rate declines – and limp references to anecdotal evidence when it suits them.

“Making it harder to import e-cigarettes is good news for our health, especially young people’s” is a truly terrible article. Evidence is bent to suit and the disdain they hold for smokers and ex-smokers barely disguised. Freeman, Peters, and Grogan ‘believe’ in prohibition, doing their utmost to warp reality to support this view.

Just like Australia’s recent approach to reducing smoking, the article is a total flop. 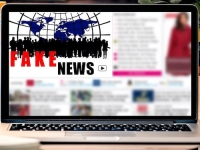 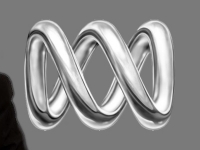 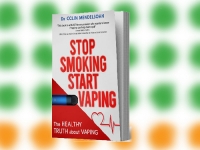