Research says vapers have been largely reassured by EU safety regulations, but some have been pushed to the black market for stronger hits. Researchers based at the University of East Anglia, London South Bank University, and the University of Leicester studied reactions to vaping legislation.

In ‘A Qualitative Exploration of Consumers’ Perceived Impacts, Behavioural Reactions, and Future Reflections of the EU Tobacco Products Directive (2017) as Applied to Electronic Cigarettes’, the authors write: “Electronic cigarette regulations included in the Tobacco Products Directive (TPD), Article 20, implemented in Europe by May 2017, aimed to improve safety for e-cigarette consumers, and prevent uptake among non-smokers, particularly young people. Before implementation, there were significant concerns from consumers, industry, and some in the scientific community about the potential negative impact of the TPD on people using e-cigarettes to remain abstinent from smoking. To date, there is limited evidence on how the TPD has affected consumers. This study aimed to add insight into how consumers perceived and experienced the regulations.”

The EU's TPD was introduced ostensibly to ensure safety, provide consumer information and deter young people who had never smoked before, from trying it. The regulations include things like a maximum volume for liquid, limits on nicotine concentration, and the need for health warning labels. The legislation also prohibits specific hazardous ingredients.

The study reveals how, from a consumer perspective, future regulation should not further restrict liquid or tank volumes and nicotine concentration but should focus on ensuring e-liquid product safety.

Lead researcher Dr Emma Ward, from UEA's Norwich Medical School, said: "Switching to vaping is now the most popular way for people to stop smoking in the UK. Studies have shown that while vape liquid can contain potentially harmful compounds; it is much safer than smoking tobacco. But regulation of e-cigarettes varies considerably around the world, from no legislation at all in around half of countries, to total bans in 29 countries."

Prof Caitlin Notley, also from UEA's Norwich Medical School, said: "There have been significant concerns from consumers, industry, and even some in the scientific community about the potential negative impact of the TPD rules. We wanted to find out how consumers perceived and experienced the regulations."

The study is the first to investigate consumers' views and experiences of the TPD regulations. The research team looked at 160 interviews and surveys as part of a wider study into e-cigarette use.

Dr Ward said: "We found that awareness about safety legislation was not universal but on the whole, vapers were reassured by manufacturing regulations and requirements for ingredients labels.

"Some of the participants felt the regulations led to more plastic waste, because it meant they needed to use smaller bottles of e-liquid, with more packaging.

"But the most worrying thing that we found was that the restrictions caused some people to buy higher strength e-liquids and prohibited components on the black market via countries where regulations do not apply such as China and the US - potentially putting their safety at risk.

"A large proportion of participants didn't know much about the EU regulations and many said they wanted regulations which were already in place.

"Public health bodies, Stop Smoking Services, and healthcare professionals should consider raising awareness about the regulations to smokers, to offer reassurance about vaping products and e-liquid ingredients. This could help more smokers switch to vaping.

Prof Notley said: "All of this is particularly important right now during the Covid-19 pandemic. Since completely switching from smoking to vaping improves cardiovascular and respiratory conditions, smokers who switch to vaping might be expected to have a better prognosis if infected by Covid-19." 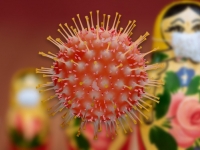 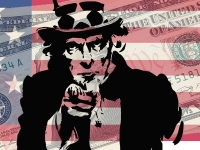