She Blinded Me With Lung Science

A study funded and published by the American Heart Association (AHA) has unsurprisingly ‘found’ something negative about vaping. Unsurprisingly, because everything the AHA does is slanted against vaping. The team say vaping “damages the arteries and blood vessel function much like smoking traditional cigarettes”. Their findings contrast starkly with those obtained by independent studies.

Boston University School of Medicine’s Jessica Fetterman, lead author of the study, said: “Many people believe e-cigarettes are safer than combustible cigarettes. In fact, most e-cigarette users say the primary reason they use e-cigarettes is because they think e-cigarettes pose less of a health risk. Meanwhile, the evidence from scientific studies is growing that e-cigarettes might not be the safer alternative to smoking traditional cigarettes when it comes to heart health. Our study adds to that evidence.”

“Stiffening of the arteries can cause damage to the small blood vessels, including capillaries, and puts additional stress on the heart, all of which can contribute to the development of heart disease.”

“Our study results suggest there is no evidence that the use of e-cigarettes reduces cardiovascular injury, dysfunction or harm associated with the use of combustible tobacco products.”

In releasing the news, the AHA pointed readers to other sensationalist claptrap it’s published, titled:

Even if their findings are true, and the published paper suggest there are some serious flaws at play, should it come as a surprise to anybody that long-term smokers continue to exhibit vascular function impairment in the short months after they switched to vaping? Clearly not.

ASH’s chief executive, Deborah Arnott, commented: “I would urge e-cigarette users not to take this as proof that vaping is as harmful as smoking, which is not the case. This study only assessed people at one point in time, so could not say whether switching from smoking to vaping improves an individual’s heart health. Research funded by the British Heart Foundation studied smokers before and after they switched and found that smokers who switched to e-cigarettes demonstrated a significant improvement in their vascular health within four weeks. Participants who transitioned completely from smoking to vaping achieved greater improvement compared to those who continued to use both tobacco cigarettes and e-cigarettes.”

Ignatios Ikonomidis led a team from Attikon University Hospital and the National and Kapodistrian University in Greece, releasing findings from an investigation into platelet and vascular function in healthy smokers who had switched to vaping four months previously.

Unlike the team heavily influenced by the ideological aims of the AHA, Ikonomidis’ group of researchers reported “no known competing financial interests or personal relationships that could have appeared to influence the work”.

The Greek researchers concluded: “Electronic Cigarette vaping for four months, has a neutral effect on platelet function of healthy smokers, as assessed by LTA and PFA-100, while continuation of conventional cigarette smoking deteriorates platelet function. Electronic cigarette vaping improves arterial elastic properties after 4 months of use, in comparison with tobacco cigarette smoking, which causes further impairment in healthy smokers.”

The findings from Greece mirror those obtained by the British Heart Foundation last year. The study, led by Professor Jacob George, Professor of Cardiovascular Medicine and Therapeutics at the University of Dundee, found: “that vaping may be less harmful to your blood vessels than smoking cigarettes. Within just one month of ditching tobacco for electronic cigarettes people’s blood vessel health had started to recover.”

Professor George said: “It is crucial to emphasise that e-cigarettes are not safe, just less harmful than traditional cigarettes when it comes to vascular health. Smoking of any kind is a preventable risk factor for heart disease. They should not be seen as harmless devices for non-smokers to try. However, for chronic tobacco smokers there were significant improvements in vascular function within a month of switching from a tobacco cigarette to an e-cigarette.”

How can independent researchers and the British Heart Foundation get it so right when the American Heart Association continues to get it so, so wrong? The Greek study demonstrates that switching to vaping improves vascular function and decreases the risks of stroke and heart attacks. Smokers and vapers deserve the truth, not deceptions. 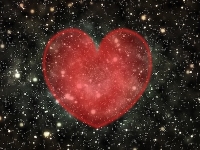