A team from Wichita has presented the findings of their study to the American College of Cardiology (ACC) Annual Scientific Session in New Orleans. Stanton Glantz celebrated the findings and The Daily Telegraph’s Sarah Knapton snapped up the press release, but Michael Siegel states it’s just “Another crappy study … based on Crappy Science”.

Some might be perplexed why they missed out higher probability of self-combustion, kidnapping by aliens and likelihood of having toast land butter-side down? Not Stanton Glantz. He ignored reasoned analysis and celebrated news that fell in line with his ideological campaign, “showing that e-cigarettes are a lot more dangerous than people used to think,” and repeating the lie that “e-cigarettes make it harder, not easier, to quit smoking.”

“These data are a real wake-up call and should prompt more action and awareness about the dangers of e-cigarettes,” lead author Mohinder Vindhyal said in the press release. An announcement that formed the bulk of Sarah Knapton’s writing in The Daily Telegraph – but one she failed to copy-paste accurately.

She focussed on nonsense that vapers were 34% more likely to have a heart attack, 25% more likely to have coronary artery disease, and 55% more likely to suffer from depression or anxiety. Knapton failed to pay any attention to one particular sentence in the release: “There are some limitations. For example, the study design doesn’t allow researchers to establish causation.”

Sébastien Béziau, vice-president of the French VAPYOU advocacy group warned that relaying information like this simply scares smokers, increasing their risk of tobacco-related harm by preventing them from switching to vaping.

Michael Siegel has been justifiably less than diplomatic in his response: “This is yet another example of the junk science that is rapidly being spewed out by anti-tobacco researchers who are apparently more interested in demonizing vaping than in using rigorous scientific reasoning.”

“The problem with the study's conclusion is that this is a cross-sectional analysis and the researchers have no idea which came first: the vaping or the heart attack, heart disease, or depression.”

“It is unfortunate that this crappy science is being reported at scientific conferences and in scientific journals. But what makes this a real tragedy is that this junk science is being used to justify policies to regulate vaping more harshly than smoking, by: (1) heavily taxing these products; (2) banning e-cigarette flavours; and/or (3) completely banning the sale of e-cigarettes in convenience stores.”

“Rather than demonstrating that vaping causes heart attacks, heart disease, COPD, and depression, what these studies show is that when smokers get very sick, they are highly motivated to quit in order to save their lives, and many of them do so by switching to vaping.” 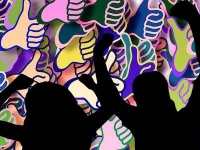